The romance between Park Min Young and Go Kyung Pyo is in full bloom on tvN’s “Love in Contract”!

“Love in Contract” is a romantic comedy about a service that provides fake wives for single people in need of partners to bring to social gatherings, such as school reunions and dinners for married couples.

Park Min Young stars as professional fake wife Choi Sang Eun, who finds herself caught between longtime client Jung Ji Ho (Go Kyung Pyo)—with whom she has a long-term exclusive contract for Mondays, Wednesdays, and Fridays—and newcomer Kang Hae Jin (Kim Jae Young), an A-list idol-turned-actor who wants to sign a contract with her for Tuesdays, Thursdays, and Thursdays.

In the previous episode of the drama, Jung Ji Ho had a serious conversation with Yoo Mi Ho (Jin Kyung) after figuring out that she was Choi Sang Eun’s biological mother. Jung Ji Ho asked Yoo Mi Ho to personally reveal the truth to Choi Sang Eun herself and apologize for her wrongdoings, but Yoo Mi Ho refused, saying she couldn’t bear giving her daughter any more emotional wounds.

Meanwhile, Jung Ji Ho and Choi Sang Eun continued to get closer to one another as a real couple after the end of their contract.

In newly released stills from the drama’s next episode, the smitten couple can’t hide their love as they gaze adoringly at one another. Best of all, their relationship goes beyond just a passionate romance: the look in their eyes and the relaxed, comforting atmosphere as Choi Sang Eun takes Jung Ji Ho’s neck in her hands reveal just how deeply they trust each other. 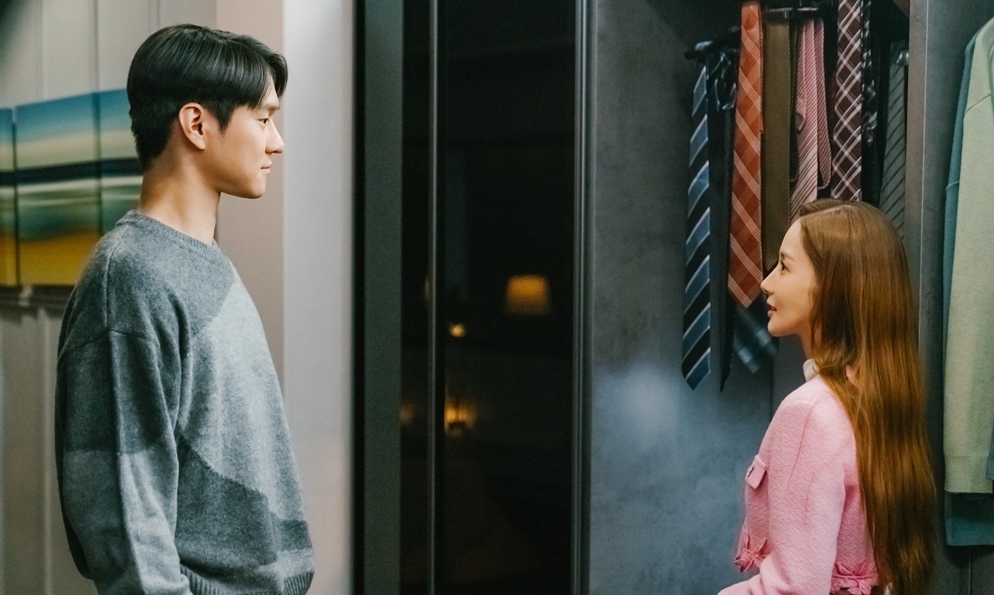 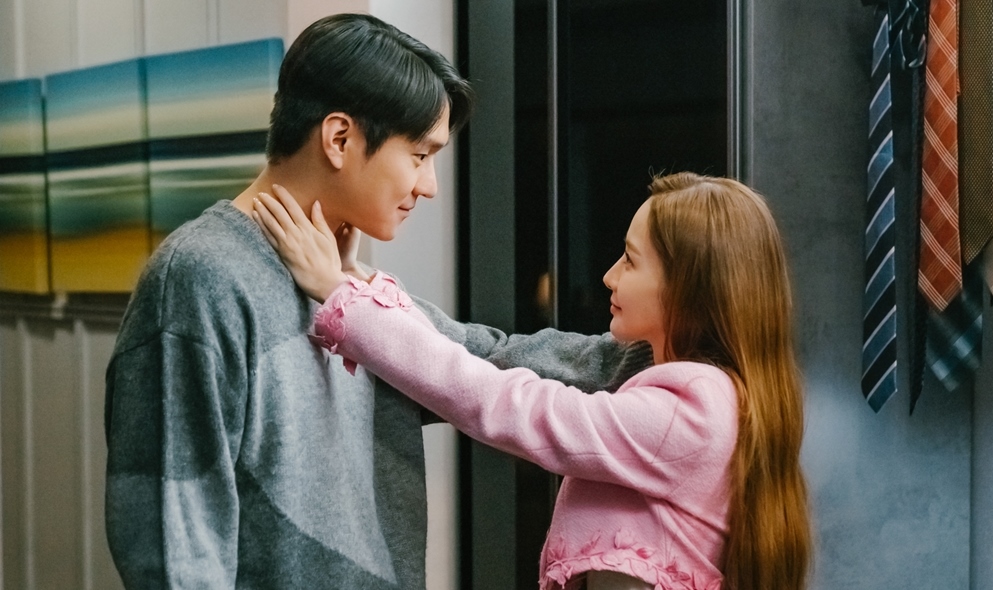 To find out if Jung Ji Ho and Choi Sang Eun will be able to put the past behind them and successfully start a real marriage, tune in to the final episodes of “Love in Contract” on November 9 and 10 at 10:30 p.m. KST!

In the meantime, catch up on all the previous episodes of the drama with subtitles below:

EXO’s D.O., Lee Se Hee, And Ha Joon Explain Why They Chose To Star In “Bad Prosecutor,” Describe Their Chemistry, And More

Watch: Han Ji Hyun And Bae In Hyuk Try To Stay Serious For Their Awkward Embrace In “Cheer Up”

EXO’s D.O., Lee Se Hee, And Ha Joon Explain Why They Chose To Star In “Bad Prosecutor,” Describe Their Chemistry, And More

Watch: Han Ji Hyun And Bae In Hyuk Try To Stay Serious For Their Awkward Embrace In “Cheer Up”