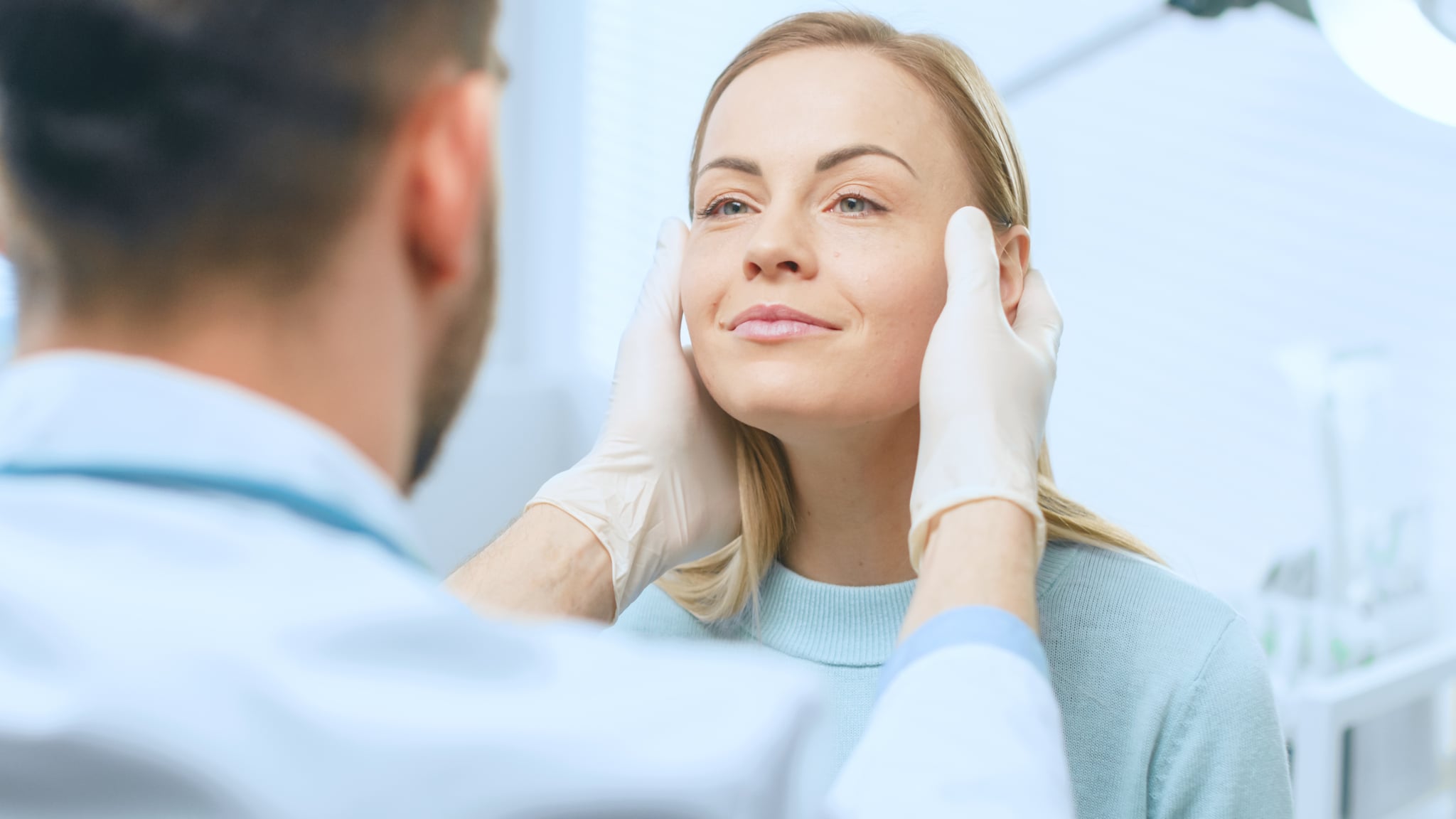 The destigmatization of plastic surgery has been a slow process, but we’re starting to see the results of more and more people opening up about the procedures they’ve gotten. Facelifts, in particular, were once kept top secret, but now, we’re seeing a spike in interest in everything from full-blown facial reconstructive solutions to smaller tweaks, like the “ponytail lift.”

The phrase “ponytail lift” isn’t a precise medical name (as you may have already guessed) — it’s a marketing term aptly given to the trendy procedure due to the location of the incisions within the hairline and the similarly lifted look it gives to when you pull your hair back into a tight updo.

Intrigued? Ahead, we tapped a doctor to share more about the plastic-surgery trend.

What Is the Ponytail Facelift?

You know the lifted look you get when you pull your hair back into a super-tight updo? The ponytail lift provides a similar look — except the plastic-surgery procedure is permanent and doesn’t lead to hair breakage (or, in more serious cases, traction alopecia) from tension. “The primary goal of a ponytail lift is to elevate the midface, which is the junction between the cheek, the lower eyelid, and the temple region,” board-certified plastic surgeon Oren Tepper, MD, tells POPSUGAR. “It involves small incisions that are hidden behind the hairline and a tightening of tissues along the face using sutures.”

One way this procedure is performed is through endoscopes, which allow the tissue to be manipulated in a minimally invasive way. It’s important to keep in mind that because “ponytail lift” isn’t a proper medical term, you’ll want to communicate your goals with your doctor to ensure you’re opting for the best procedure for you (which should be happening prior to any cosmetic procedure).

“Facial rejuvenation represents a spectrum, ranging from procedures that require scars and significant downtime to other techniques that can be performed with no incisions and minimal downtime,” Dr. Tepper says. “The ponytail facelift is an example of a procedure that falls somewhere in the middle of this continuum.”

A ponytail lift differs from a traditional facelift in both execution and results. “Traditional facelifts typically involve incisions that are placed around the ear in order to not only lift the face and neck structures but also remove excess skin,” Dr. Tepper says. “This approach allows surgeons to address the underlying structures of the jawline and neck, as well as skin laxity.”

Traditional facelifts can offer more dramatic results and typically last longer, making them a fit for middle-aged to older patients. “Whereas ponytail lifts may only be appropriate for a subset of younger patients who have more minimal signs of aging with little-to-no skin laxity,” Dr. Tepper says.

The Downtime of a Ponytail Facelift

The recovery time for a ponytail lift is not dissimilar to a traditional facelift and lasts a few weeks. “I tell patients that they typically will need one week off until dinner with friends, two weeks until dinner with coworkers, and three weeks until an important event,” Dr. Tepper says. You’ll want to avoid any heavy lifting and aggressive/rapid movement of the face for a couple of weeks.

If you’re considering a ponytail lift, book a consultation with a board-certified surgeon. Aside from the two types of aforementioned facelifts, there are a variety of facial reconstructive procedures out there, and a trained medical professional should be able to guide you to the right option for you.

These Are the Best Beauty Stocking Stuffers in 2022

17 New Holiday Beauty Products I Added to My Target Basket

These Are the Best Beauty Stocking Stuffers in 2022

17 New Holiday Beauty Products I Added to My Target Basket