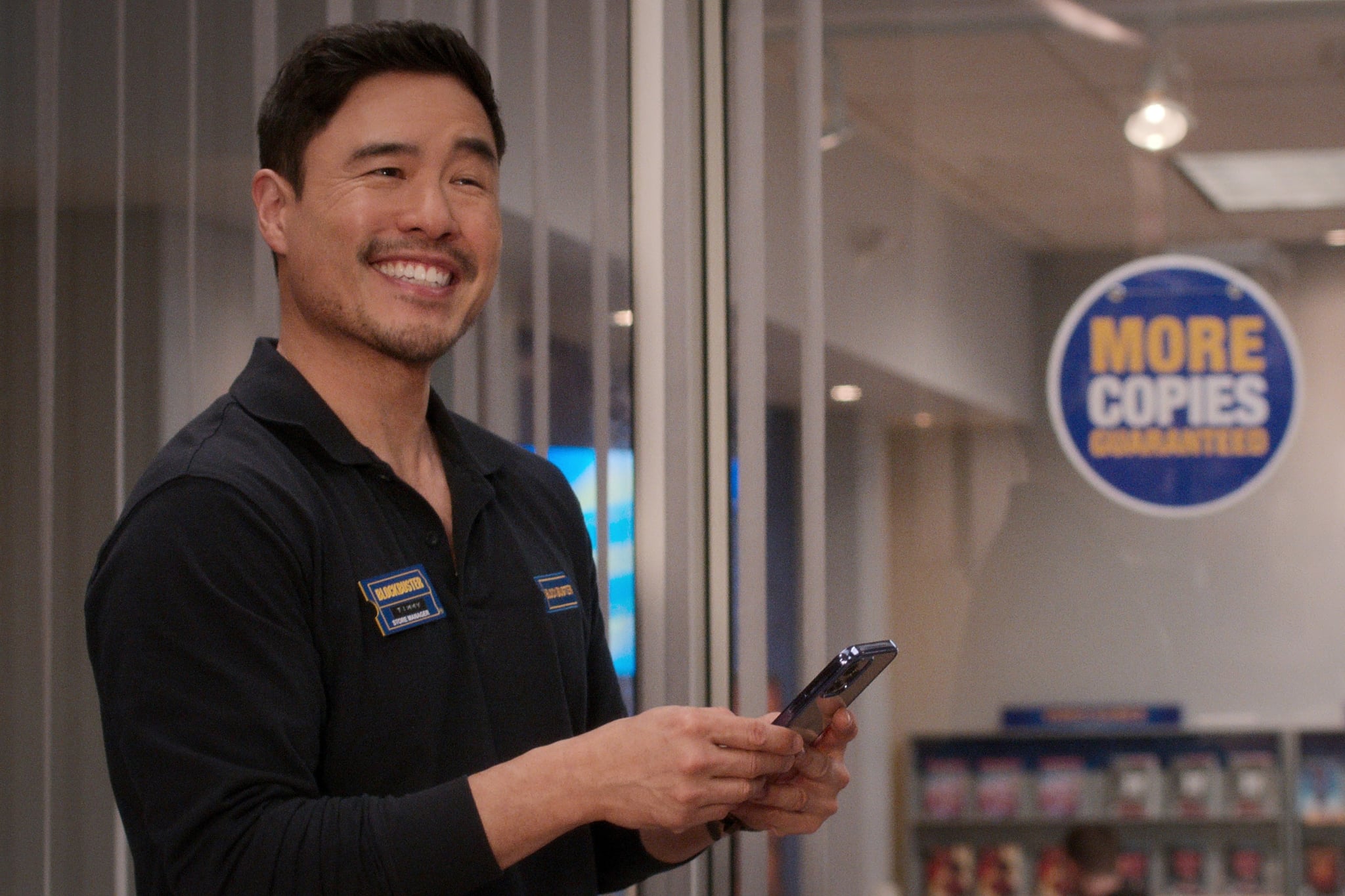 Just like his character Timmy, Randall Park is hoping to keep “Blockbuster” alive. Season one of the Netflix show, which premiered Nov. 3, left a few things hanging, including the status of Timmy’s relationship with his employee and longtime crush Eliza (Melissa Fumero). The pair spend a lot of the season looking longingly at each other while staunchly refusing to admit their true feelings. “I’m rooting for Timmy and Eliza,” Park tells POPSUGAR. The series hasn’t yet been renewed, but “I’m very invested in them,” he says. “My hope is that we’ll see some of these things come to fruition, if we do get another season or two.”

Overall, the characters — from Timmy and Eliza to Olga Merediz’s lonely Connie and Tyler Alvarez’s aspiring filmmaker Carlos — are the heart and soul of “Blockbuster.” Throughout the season, they offer each other community and camaraderie through various ups and downs. “All of the characters, to me, are . . . fun and they’re funny, but there’s a grounded kind of thing about each of them that makes them very relatable and fun to play,” Park says. “There’s a lot of heart behind what they’re going through.”

The in-person component of the old-school video store experience is one thing that was lost when Blockbuster fell to the streaming services, so it makes sense that the show focuses on community. “I do long for the simplicity of those times,” Park says, recalling the Blockbuster days of yore. “And as Timmy says, the human interaction that comes with that. Talking to the clerk at the store, getting recommendations, giving recommendations, all of those things in real time — I think it’s fun. And it’s something that we don’t have anymore, unfortunately.”

Offscreen, Park developed a community of his own with the “Blockbuster” team, who he hopes to work with again for his own sake. “I hope the show keeps going because I have such a great time with this cast and crew,” he says. “They’re just such amazing people. Just on a personal level of wanting to enjoy my life, I really hope I get to work with all of them again.”

He also hopes that in a second season, “we’ll get to see Blockbuster thriving.” As for Timmy and Eliza, whose love for each other is the show’s real heart, Park is hoping that the stars align. “Timing has a lot to do with it,” he says when asked why Timmy and Eliza have such a hard time getting together. “Life is complicated, and we all have our different commitments and we want to do good on those commitments, and sometimes those commitments keep us from other great possibilities. But you know that they would work,” he adds. “So hopefully the audience will be rooting for them.”

“Blockbuster” is now streaming on Netflix.