Viewers first fell in love with Jung Hae In on screen with his sweet smile, wholesome portrayal of characters, and overall good boy image. Most noticeably, audiences seem to gravitate towards his romantic roles and swoon over his natural ability to create chemistry with any lead actress — so much so that he garnered the nickname “Prince of Romance.” But over the years, he has shown his preference for more versatile roles and more complex narratives. With his seasoned and incredibly skilled acting, Jung Hae In is able to take on any challenging role and portray different stories through his many transformations. Here are some of his most memorable roles and characters that prove that he is more than just his handsome looks.

The adorable younger guy: “Pretty Noona Who Buys Me Food” and “One Spring Night”

Older women or noonas can’t seem to avoid the charms of the sweet and adorable younger guy when it’s Jung Hae In. In “Pretty Noona Who Buys Me Food,” he plays Seo Joon Hee, the younger brother of the best friend of Yoon Jin Ah (played by Son Ye Jin). And he eventually captures her heart. At first, she doesn’t see him as a potential love interest because of their age gap, but with his persistence, maturity, and caring attitude, she realizes that age doesn’t matter when it comes to love.

This same theme pervades in “One Spring Night,” which is from the same director who is known for slow-burn romance dramas. Here, Jung Hae In plays Yoo Ji Ho, a smart pharmacist and single father who will do everything to take responsibility for his son. These roles emphasize his good qualities: kindhearted, hardworking, and handsome, although with some imperfections perceived by society and not entirely on his own. This is why many viewers couldn’t help but be drawn to his character and “want to take care of him.”

The calm and reliable man: “While You Were Sleeping” and “A Piece of Your Mind”

Jung Hae In gave us major second lead syndrome in “While You Were Sleeping” as a police officer named Han Woo Tak who shares the uncanny power of foretelling events through his dreams with Hong Joo (played by Suzy) and Jung Jae Chan (played by Lee Jong Suk). He develops feelings for Hong Joo along the way while they attempt to prevent incidents from happening, but he sacrifices his love for her when he knows he doesn’t stand a chance against Jae Chan. Han Woo Tak is content with watching over her and protecting her rather than forcing his feelings.

In “A Piece of Your Mind,” he plays a good-natured person who is healing from a past love and loss of a loved one. Here, he shows a calm and pensive side to his acting with emotional expressions that make an impact. 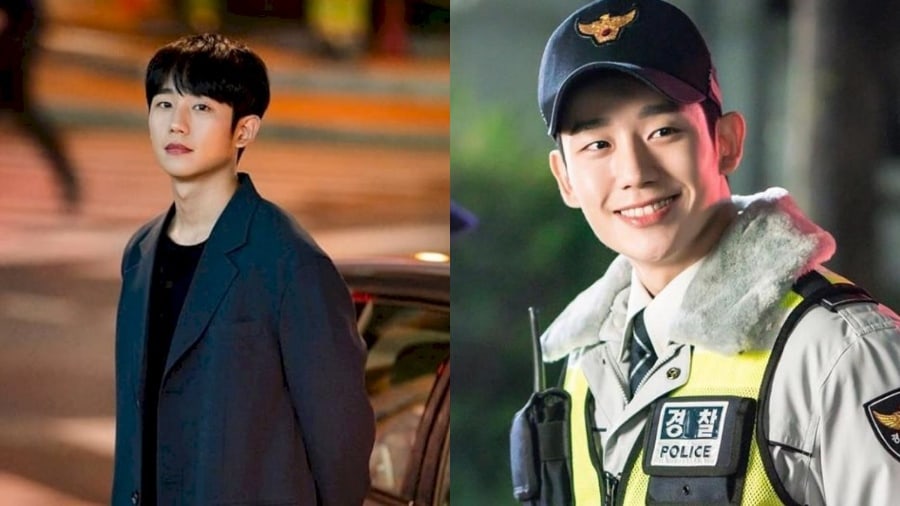 Although Jung Hae In only appeared in these series as cameos, he made a big impact among viewers with his unforgettable smile and image as “the one that got away” for both Kim Go Eun‘s and Hyeri‘s characters. 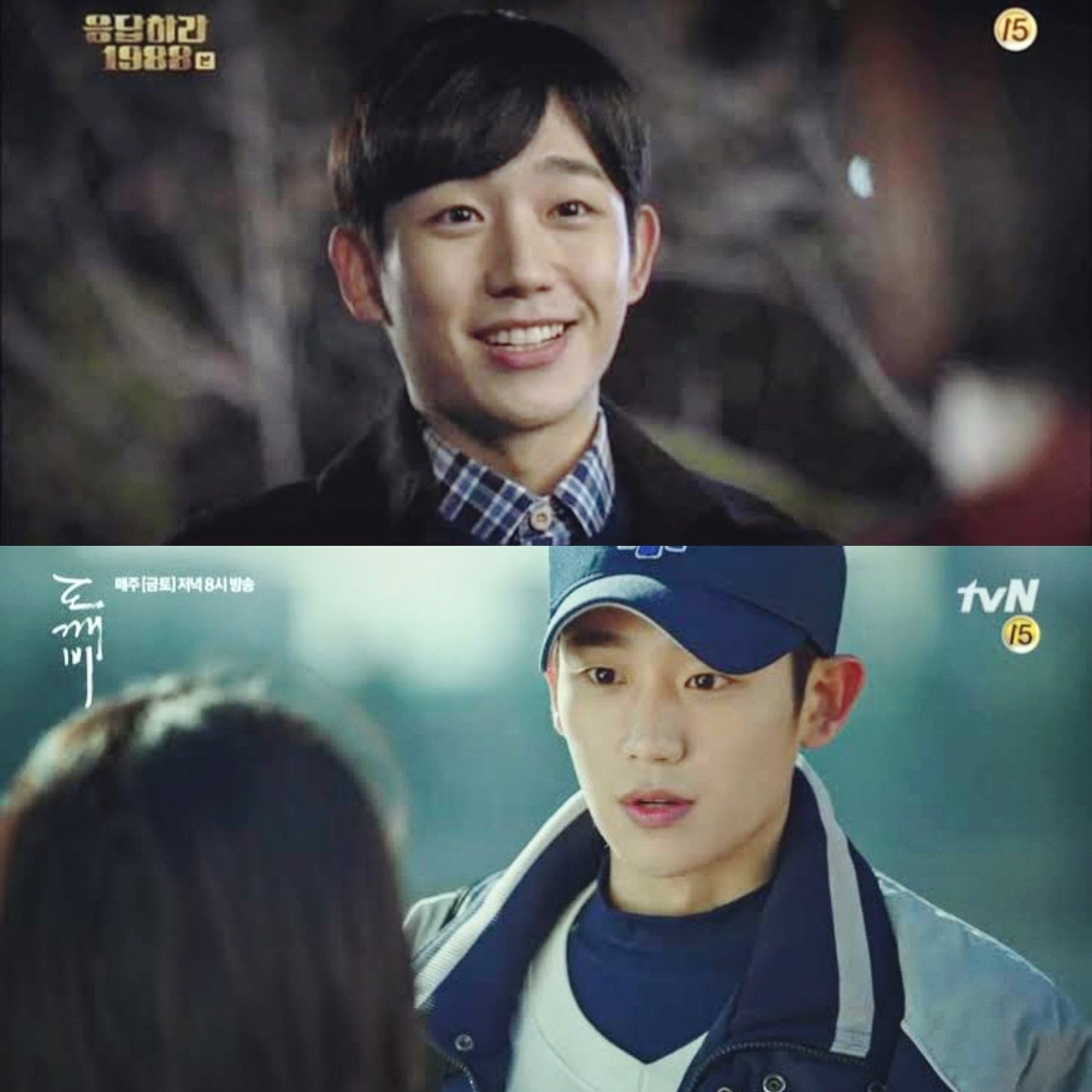 The mysterious man with a dark secret: “Prison Playbook” and “Tune In For Love”

Contrary to what most people know, Jung Hae In didn’t start out acting mostly in romantic dramas. Early on in his career, he showed his versatility as a cold, indifferent soldier who is imprisoned because of accusations against him by his fellow soldiers. In “Prison Playbook,” he is able to go from fierce and angry to funny and friendly as he tries to navigate his unfortunate situation in jail.

In “Tune In For Love,” he plays Hyun Woo, a tormented young man who has just been released from juvenile prison. He doesn’t have any motivation for the future and living a good, decent life until he meets Mi Soo (Kim Go Eun). At first, this movie seems like an ordinary romantic story, but it is more about the realistic struggles of two people trying to find their identities amidst their guilt, dark past, and flaws. 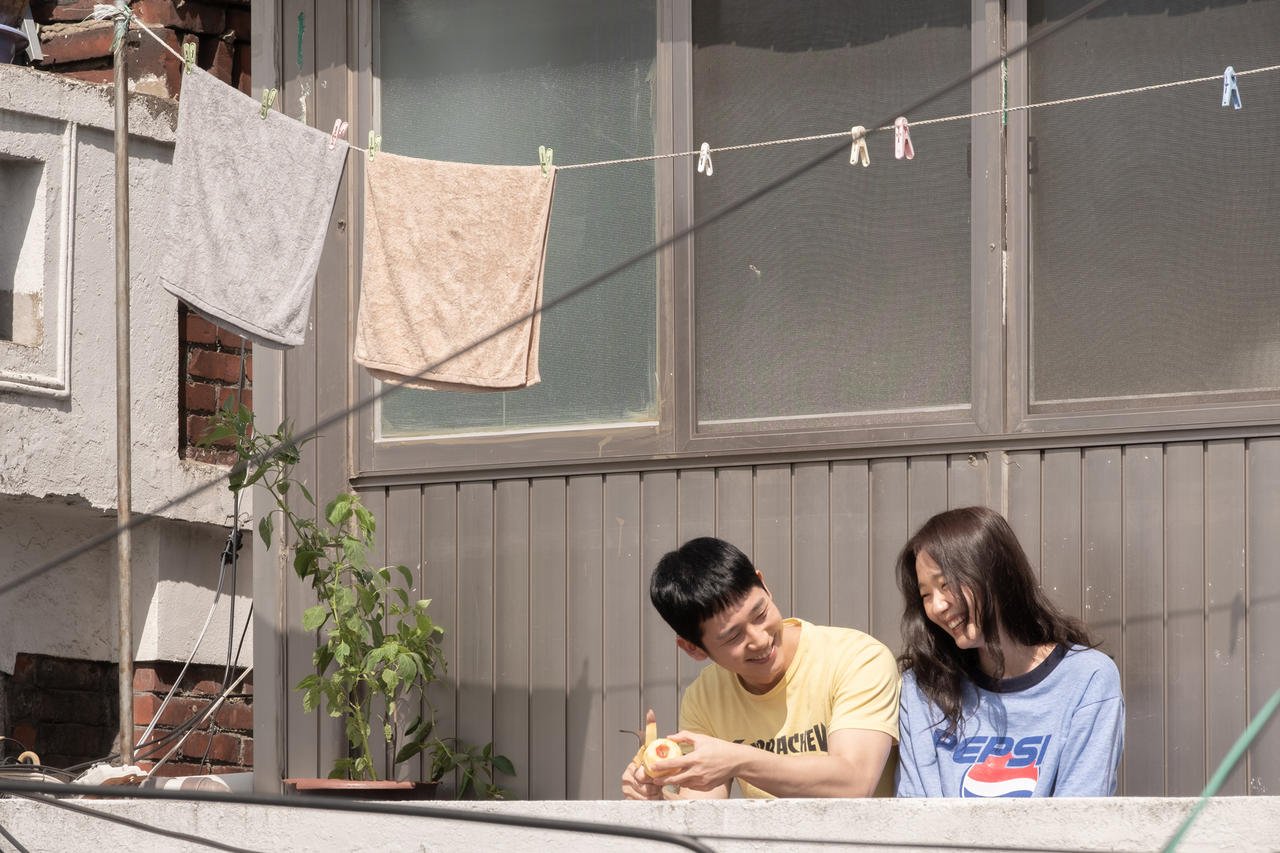 The rebel and the struggling youth: “Start-Up” and “Snowdrop”

In “Start-Up,” Jung Hae In plays a high school dropout who goes rogue and becomes a worker for loan sharks. He gets into fights and misadventures with his friend who also lost his way.

In “Snowdrop,” he plays Im Su Ho, an ideal graduate student who is hiding his real identity as a North Korean officer who is sent to complete a mission in the South. While he carries on his mission, he unexpectedly falls in love with a university student who has a pure heart (played by BLACKPINK’s Jisoo). Although he is considered an enemy, he is, deep inside, a man of principle who will choose what’s right regardless of whether it’s for the North or South. In these projects, we see a less glamorous and imperfect side of Jung Hae In’s characters, showing how he isn’t afraid of taking on controversial roles. 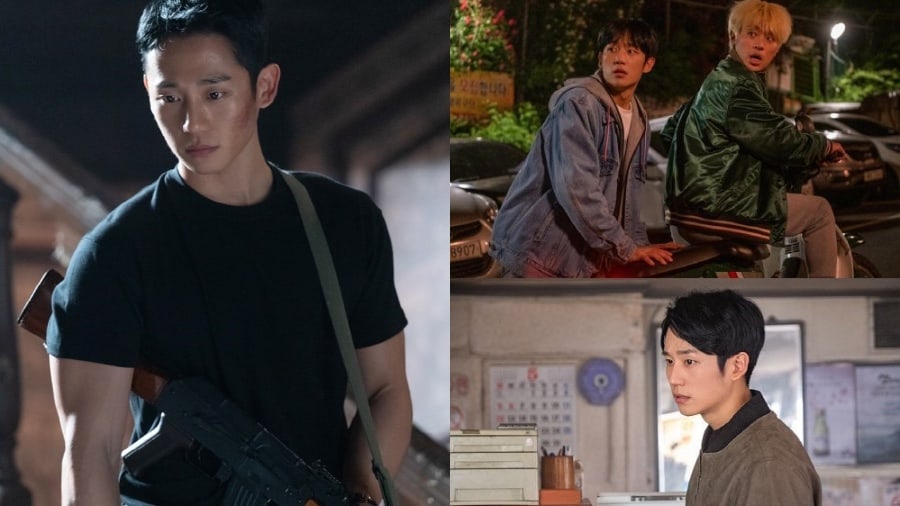 In perhaps his most realistic portrayal to date, Jung Hae In plays Ahn Jun Ho, a soldier who initially wanted to complete his service quietly until he gets assigned as part of D.P. (Deserter Pursuit), a military squad whose mission is to catch deserters. Even before enlisting in the military, we see Jun Ho as a struggling man who works part-time jobs to make ends meet. He is smart and has skills, but due to his status and financial situation, he couldn’t find a job to live comfortably. In this drama, viewers are invited to open their eyes to the reality of the atrocities within the Korean military system, as well as to the social issues happening in South Korea, a picture that’s far from the glamorous and positive image that it is often shown.

In an interview, Jung Hae In revealed he prefers stories that are more realistic. “Rather than talking while having your head in the clouds or having abstract discussions, I enjoy realistic discussions, talking about how to solve realistic situations, and talking about things happening today or tomorrow. Constructive discussions. Future-oriented discussions.” As for his many characters, he said he can relate to ones that work hard. “If you try hard every day and live diligently, there will be good results.”

With a good head and heart for acting, it looks like Jung Hae In is on the right path to being one of the best actors in South Korea, and perhaps soon, the world!

Hey Soompiers! Jung Hae In has many more versatile characters under his portfolio. Which among his characters is the most unforgettable for you? Let us know in the comments below!

DianneP_Kim is an English magazine and online editor based in South Korea. She is the author of a K-pop style book published by Skyhorse Publications, New York, including her second book, “BTS Bible.” Check it out on Amazon, follow her on Instagram @dianne_panda

Bae In Hyuk, Han Ji Hyun, Jang Gyuri, And More Reflect On Their Shining Youth In Bright “Cheer Up” Poster

Bae In Hyuk, Han Ji Hyun, Jang Gyuri, And More Reflect On Their Shining Youth In Bright “Cheer Up” Poster