Sandara Park has candidly spoken about dating tips, her wealth, 2NE1’s reunion at Coachella, and more!

On the October 5 broadcast of KBS 2TV’s “Problem Child in House,” Sandara Park appeared as a guest alongside her close friend Park So Hyun.

During the episode, Sandara Park explained why she was considered an expert in no-contact dating, revealing that she had been dating without face-to-face interaction from before the COVID-19 pandemic. She shared, “I’m a cyber lover. I followed all the dating bans enforced by my [agency] CEO in the past. I had a ‘good kid’ complex, so if they said ‘no dating’ then I didn’t do it.”

Sandara elaborated, “Even if men came to see me [at my dorm], I’d turn them away saying I’d get in trouble. I’d say, ‘I think there are paparazzi in front of my house’ but they all said that no one was paying attention to me. After that, I’ve dated face-to-face but no one believes me!”

Host Jung Hyung Don expressed his amazement that Sandara Park had never been caught up in a dating scandal, to which she smartly replied, “We break up before photos can be taken. You just have to break up before rumors spread.” She then added that this was only possible because she hasn’t yet been in a long-term relationship.

When asked if she’s ever been close to being caught, Sandara Park excitedly recalled, “Right when I started dating face-to-face, in the middle of winter, if you wear a mask, long padding, and a scarf, then you aren’t easily recognizable. We decided to go to the popular Gyeongridan street and we went holding hands. But if you go to a restaurant, you have to take off your mask so we couldn’t go.” She casually continued, “That’s also because the other person was a celebrity too,” exciting the hosts. 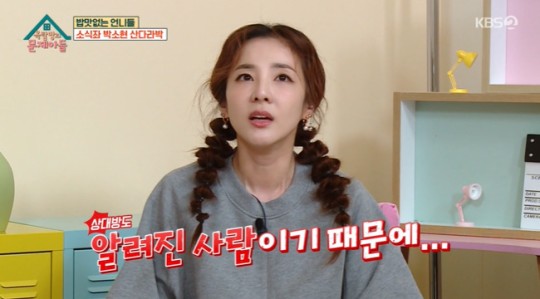 Sandara added that they were drawn to the scent of roasted sweet potatoes but once they got there, they realized that rapper Cheetah, who is good friends with Sandara, was the one selling them for a charity event. Due to the possibility of rumors spreading if they were discovered there, Sandara explained that they sadly had to run away.

The star shared that this relationship also ended before photos were taken of them and then commented, “Now, I want a long-term relationship. I’ve moved out on my own, my situation’s better, and I’ve become more mature.”

Later, Sandara responded to an article that named her as the third-wealthiest female K-pop singer behind IU and Lee Hyori. She commented, “There was an article that said I had 30 billion won [approximately $21,178,974]. I was so sad. What do they mean, 30 billion? It felt so unfair.”

She added, “After debuting, I do think I’ve earned around 30 billion won but I shared with my agency and members and also paid taxes. I also shopped like crazy so I wasn’t able to buy a building. These days, when I see my colleagues, I think that I could’ve bought a building if I didn’t shop. Now, I do not have 30 billion won. I do have 3 million won [approximately $2,118].” 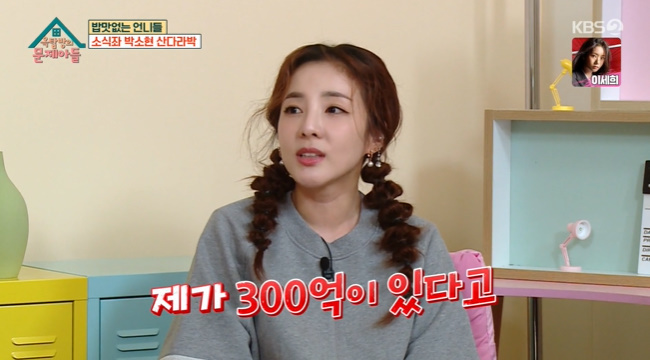 This past April, 2NE1 reunited on stage for the first time in seven years at Coachella when Park Bom, Sandara Park, and Minzy joined CL’s set with 88rising. Sandara Park detailed how this came to be, saying, “[Coachella] is the world’s biggest festival and I went thinking that we had to meet fans here but it was hard. We signed a confidentiality agreement. No one knew, including my agency and my closest friends. I felt so apologetic.” 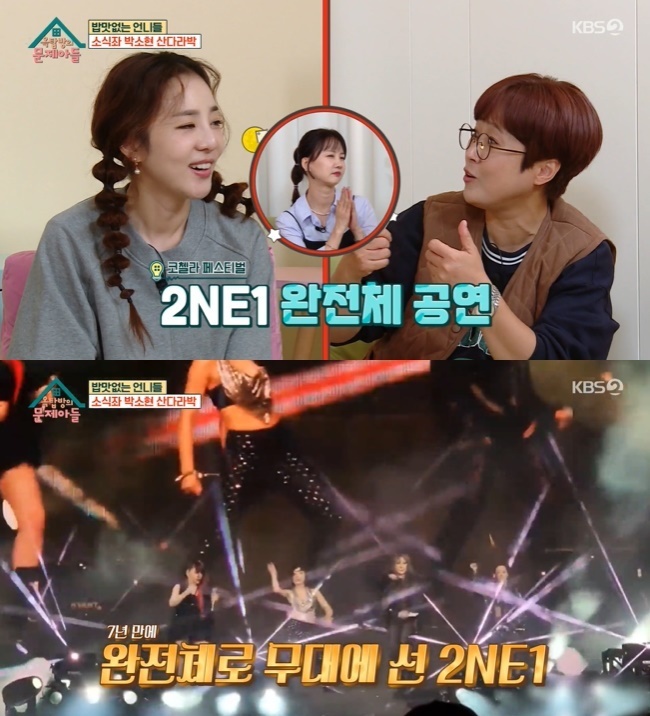 Revealing that CL had cried a ton following their performance, Sandara Park shared, “CL doesn’t cry when we win first place, doesn’t cry when there are earthquakes, and has an incredibly cool-headed personality. After our performance, we were together for 10 days in the United States. It was the day Bom and I were returning to Korea first. That day, CL cried so much that we couldn’t leave. [She said,] ‘If we part ways after getting together like this, I think I’ll miss you so much.’ Because CL typically promotes in the United States. That was the first time I had seen her like that so I was incredibly surprised and sad.” 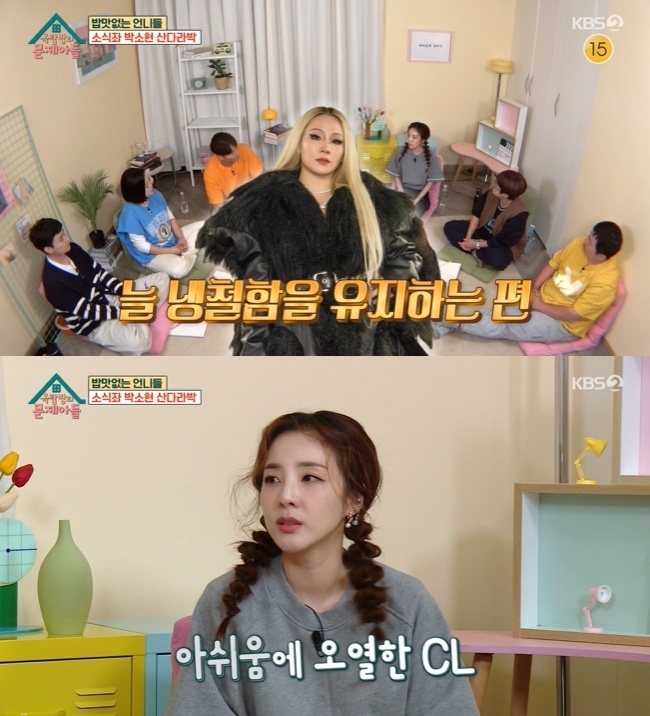 Given the excitement of the Coachella performance, many fans have inevitably been waiting for an official 2NE1 comeback. Regarding the possibility of this actually happening, Sandara Park answered, “We want to do it too but because our agencies are all different, [it’s difficult].”

Legendary Filming Locations In Seoul That Are Worth Visiting

Miyeon And Shuhua Share What (G)I-DLE Means To Them, Break Down The Meaning Of “Nxde,” And More

Legendary Filming Locations In Seoul That Are Worth Visiting

Miyeon And Shuhua Share What (G)I-DLE Means To Them, Break Down The Meaning Of “Nxde,” And More