Get ready for a hilariously awkward morning-after on the next episode of “Forecasting Love and Weather”!

“Forecasting Love and Weather” is a new JTBC romance drama about the work and love lives of people who work at the Korea Meteorological Administration, Korea’s national weather forecast service. Park Min Young stars as the frosty Jin Ha Kyung, who does everything by the book and is fastidious about keeping her personal and professional lives separate, while Song Kang stars as the free-spirited and determined Lee Si Woo, who boasts an impressive IQ of 150 but only cares about the weather.

On the previous episode of “Forecasting Love and Weather,” Jin Ha Kyung and Lee Si Woo bonded over their shared connection of their exes Han Ki Joon (Yoon Bak) and Chae Yoo Jin (Girl’s Day’s Yura) cheating together. While grabbing drinks, the two became more and more comfortable with one another—and they ended up impulsively spending a passionate night together.

The following morning, Jin Ha Kyung was shocked to learn that Lee Si Woo had been permanently transferred to her team, instead of only joining them for two weeks as originally planned. After having vehemently sworn off office romance for good, Jin Ha Kyung was faced with the horrifying realization that she had slept with a co-worker whom she would be seeing everyday for the foreseeable future.

In newly released stills from the drama’s upcoming third episode, Jin Ha Kyung doesn’t seem to know how to act around Lee Si Woo at work after their steamy encounter. Fumbling with her mic cover and struggling to keep her cool, the typically put-together Jin Ha Kyung nervously bumbles her way through a morning meeting with her team. Later, she appears to be on the verge of tearing out her own hair as a worried Lee Si Woo approaches her with an expression of concern. 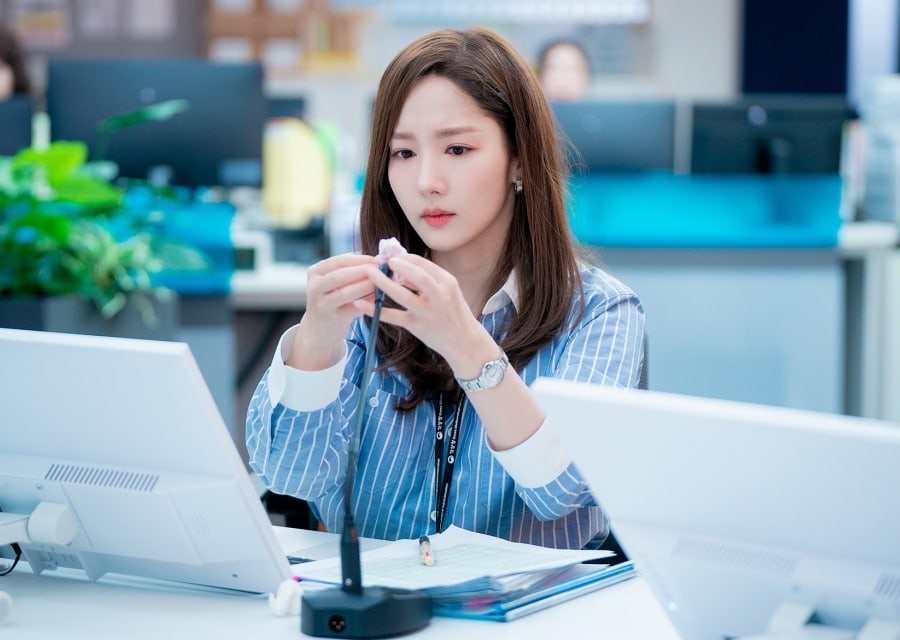 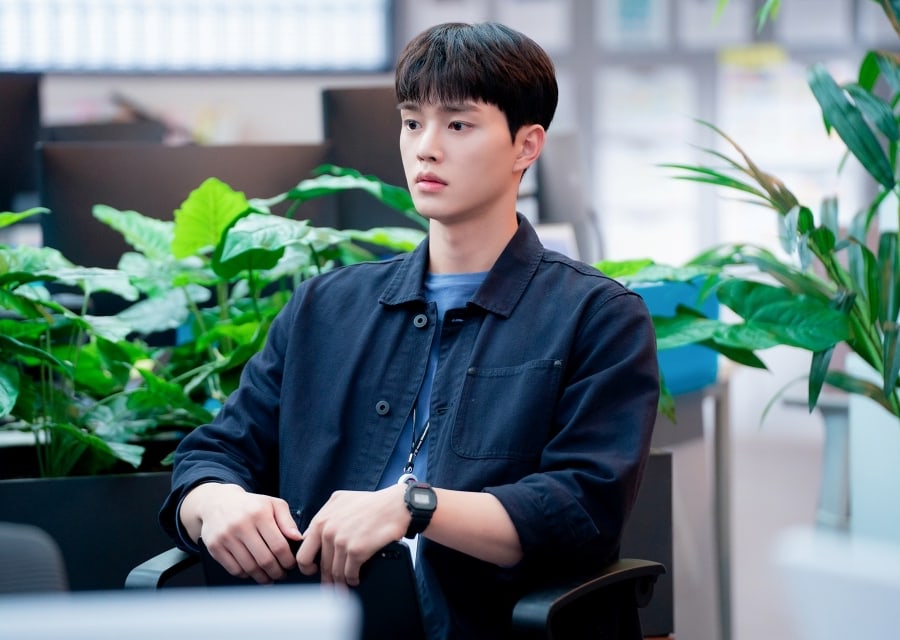 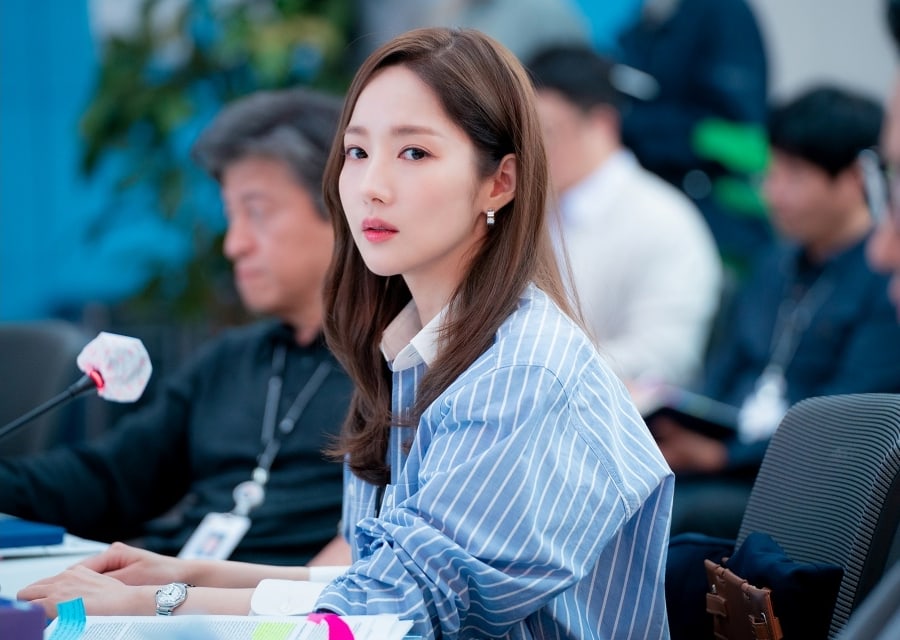 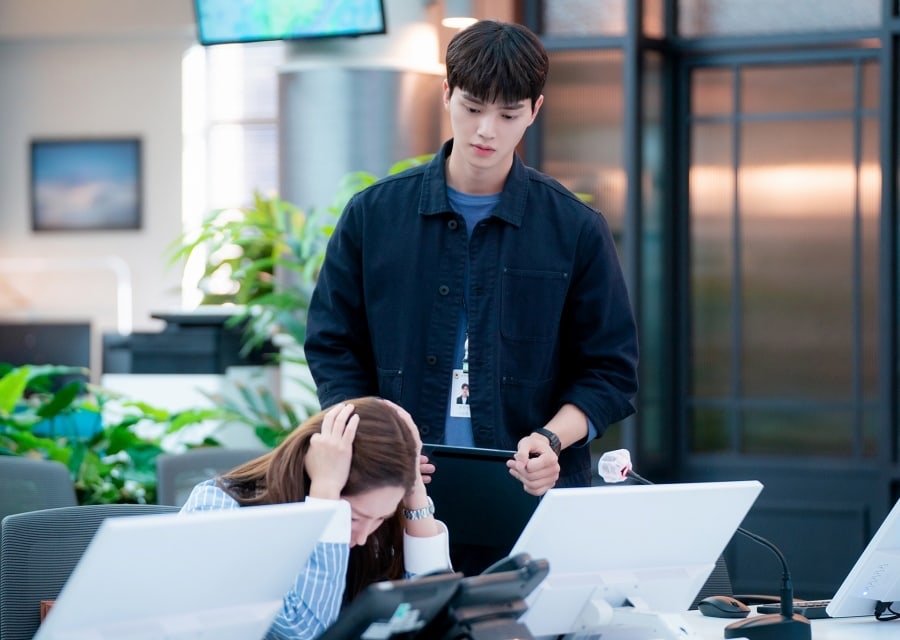 The producers of “Forecasting Love and Weather” commented, “Although they spent a night together, Ha Kyung and Si Woo’s relationship became awkwardly ambiguous after they dismissed it as a one-night stand. Now, they will have to see each other everyday at Chief Forecasting Team 2.”

They went on to tease, “To find out whether the two people will be able to achieve a mature and pleasant work life, as well as whether Ha Kyung will be able to keep her vow of ‘no office romance,’ please show lots of interest in tonight’s unpredictable episode.”

In the meantime, watch Park Min Young in “I’ll Go to You When the Weather is Nice” with subtitles below!