For the next part of the “Soompi & Viki Staff Talk” series, our staff members dish on the classic friends-to-lovers trope in K-dramas.

Here’s what some of our staff members have to say on our favorite friends-to-lovers K-dramas: 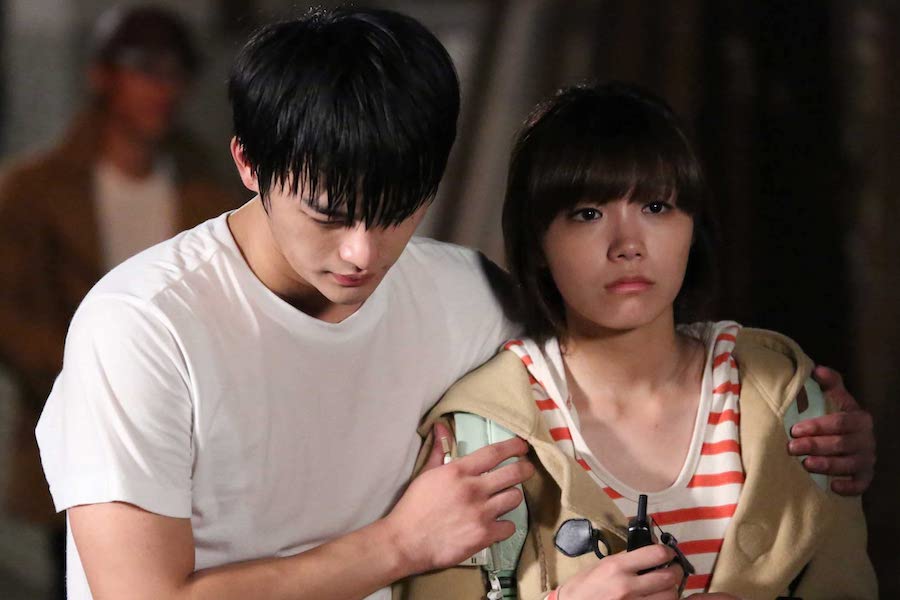 “Reply 1997” delivers a powerful story full of nostalgic warmth (even for viewers who have not experienced the ’90s). Although the focus of the plot is on the friendship and romance between Sung Shi Won (Jung Eun Ji) and Yoon Yoon Jae (Seo In Guk), as a viewer, I was also enchanted by Shi Won’s life as a fangirl of H.O.T., the rivalries between H.O.T. and SECHSKIES, Kang Joon Hee’s (Hoya) crush on Yoon Jae, Shi Won’s father’s baseball career, and other side stories in the drama. Although the friends-to-lovers cliche is one of my favorite types of storylines, many dramas often forget the importance of the friendship aspect of the friends-to-lovers trope. “Reply 1997” slowly and effectively builds the tension between Shi Won and Yoon Jae using supporting characters. They utilize the complex connections between the main characters and their family, other friends, school, etc. to build layers of depth in their friendship which allows the readers to feel more enthusiastic and cathartic when the two friends finally become lovers. It is a drama that has depth and allows viewers to become easily immersed in not only the romance of the story but also the school life, family life, and other friendships in the drama. (P.S. The OST is just as spectacular!) 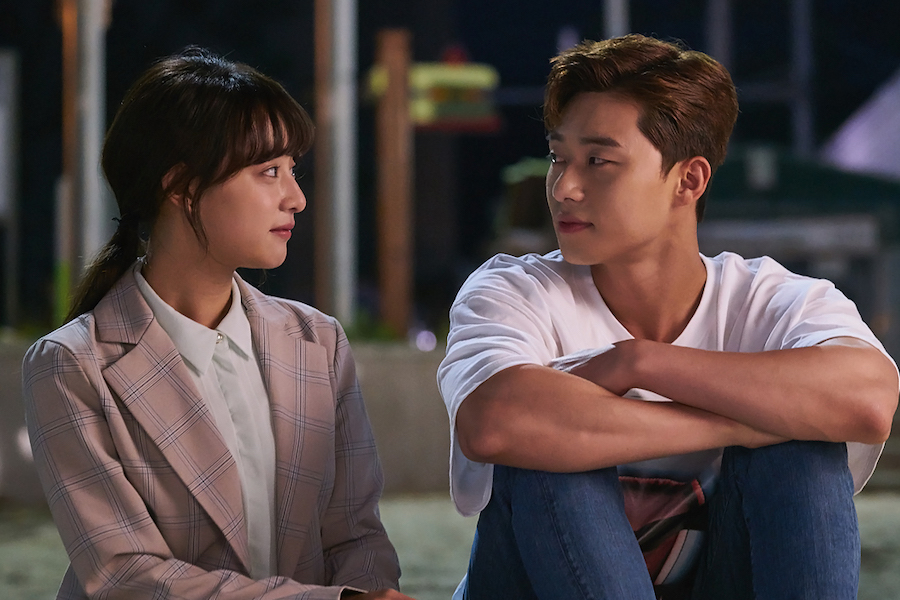 In “Fight My Way,” Go Dong Man (Park Seo Joon) has always dreamed of becoming famous as a taekwondo athlete but now works as a contract employee in a mundane job. His longtime friend Choi Ae Ra (Kim Ji Won) aspires to become a television anchor but works at the information desk of a department store. They work to overcome various frustrations and challenges while trying to achieve their dreams, and along the way, their friendship begins to develop into something more. What I love about a friends-to-lovers relationship like Dong Man and Ae Ra’s is how naturally they progress to romance. They have so many memories together and have a healthy and supportive relationship, being everything to each other including lovers, best friends, and family. Another extra aspect that adds to the fun of this drama is the adorably hilarious aegyo that went viral and still remains famous to this day.

Watch “Fight My Way” below:

JJin: “Love is for Suckers” 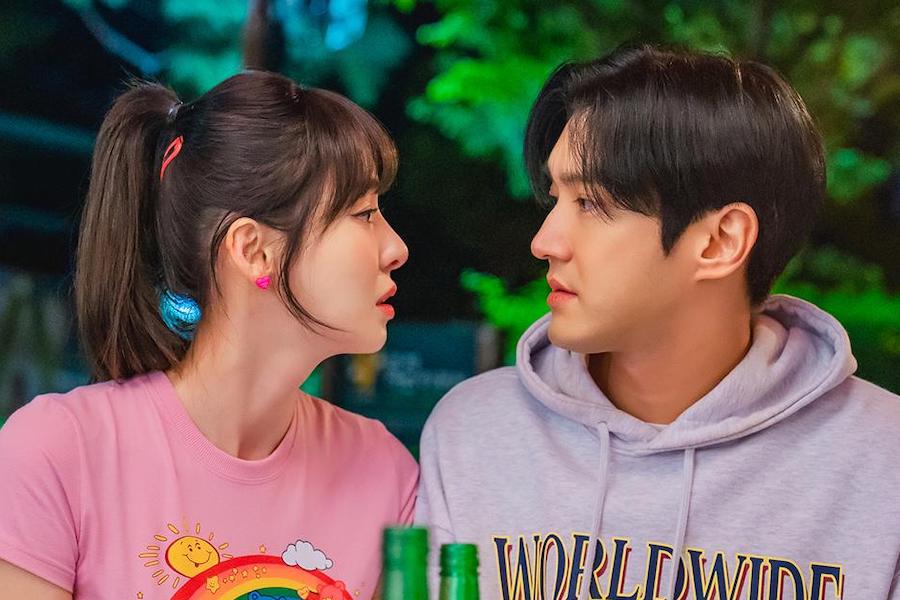 As someone who believes that men and women can be “just friends,” I’m not a huge fan of the friends-to-lovers trope. However, the currently airing drama “Love is for Suckers” has made me consider that friendship-based love can be extra meaningful because of the genuine and long-lasting emotions. In this drama, TV producer Goo Yeo Reum (Lee Da Hee) asks Park Jae Hoon (Choi Siwon), who has been her best friend for 20 years, to appear on her reality dating show. He agrees to help, but they unexpectedly begin to develop feelings for each other while filming the show. I think their relationship is a perfect example of friendship goals. They constantly encourage each other, make each other laugh, and are there for one other when they are at their lowest. Since Park Jae Hoon learned how much he loved Goo Yeo Reum just before her wedding, he confessed his feelings to her but was friend-zoned as Yeo Reum is afraid of losing her best friend. I’m really looking forward to seeing how their relationship develops further and what their chemistry is like as both friends and lovers!

Watch “Love is for Suckers” below: 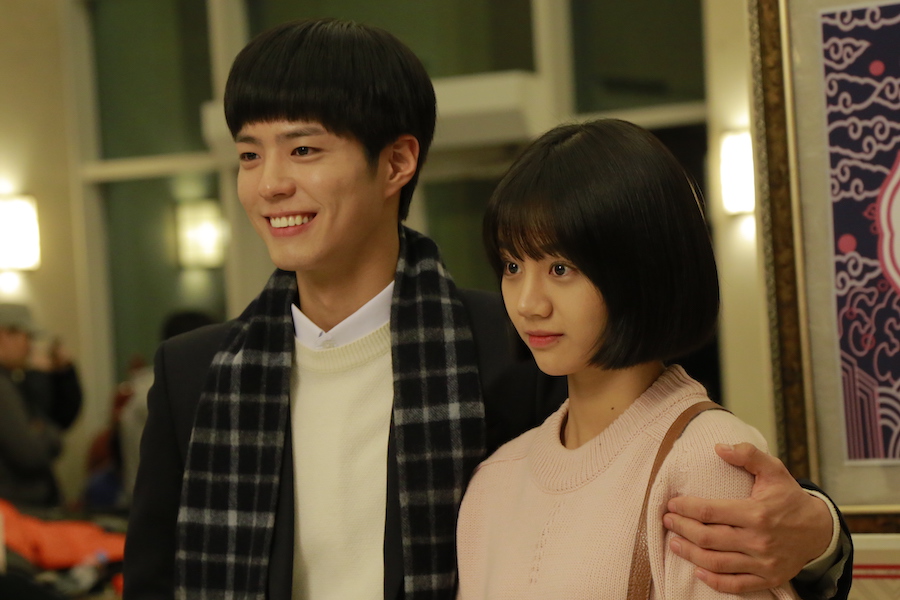 One of the best aspects of the friends-to-lovers trope is just how natural and easy the chemistry between the leads can get. “Reply 1988” is one of the perfect examples of a K-drama with this trope (and one of my favorites) that depicts the amazing chemistry between the leads and an enviable story of both friendship and romance. “Reply 1988” follows five childhood friends in the late 1980s as they experience the turbulent process of growing up. Sung Deok Sun (Hyeri) eventually finds herself caught in a love triangle between Kim Jung Hwan (Ryu Jun Yeol) and Choi Taek (Park Bo Gum). Both Kim Jung Hwan and Choi Taek fall in love with Sung Deok Sun, which only seems natural after they experience everything together: they’ve seen each other’s most embarrassing moments, celebrated their successes together, and they are there for one another through thick and thin. For me, this was what made either couple possible for the ending, also leaving room for mystery as to who Deok Sun ends up with. I was really sold by the eventual romance between Sung Deok Sun and Choi Taek because of their adorable dynamic with Taek unconditionally supporting Deok Sun while Deok Sun always being able to effortlessly make Taek relax and smile without restraint. Nevertheless, whether you are Team Jung Hwan or Team Choi Taek, there is no doubt that “Reply 1988” will warm your heart with its portrayal of genuine relationships. 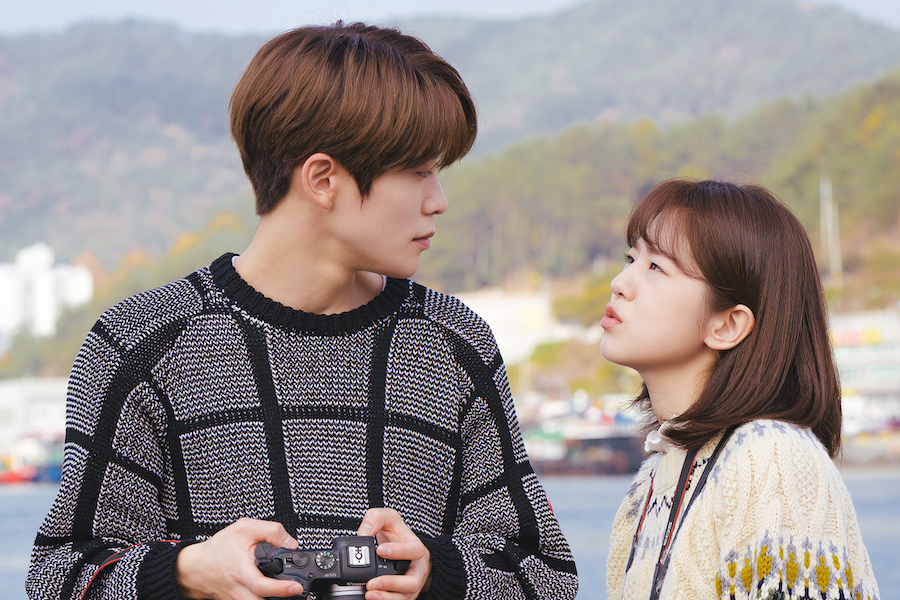 I love the friends-to-lovers trope and especially when in a school setting. If you like a friends-to-lovers romance that takes place on campus like I do, “Dear.M” is definitely a drama to check out. It is a light and simple drama about a group of college students and features the sparkling chemistry between them. NCT’s Jaehyun plays Cha Min Ho, a computer science student who develops feelings for his forever best friend Ma Joo Ah (Park Hye Soo). It is a very pleasant drama to enjoy without feeling committed to keep track of every single scene, and it is fun to observe how they slowly realize their true feelings toward each other with small bits of frustration and plenty of heart-fluttering moments. The natural acting of the young cast members make it easy to get immersed in the drama, and it’s a relatable show that can also have you thinking of your college life. 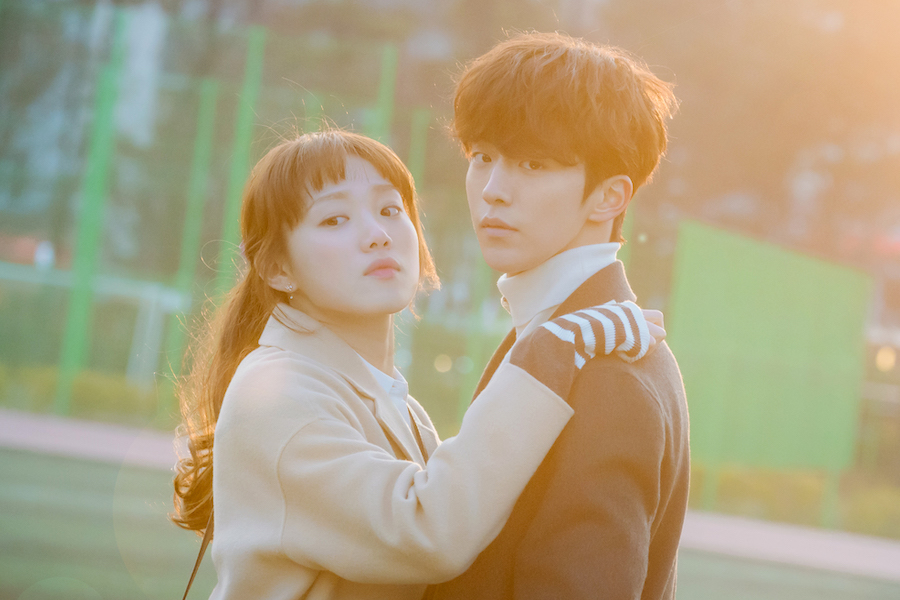 We cannot even begin to discuss the friends-to-lovers trope without mentioning “Weightlifting Fairy Kim Bok Joo”! The first reason why this drama is my favorite is the little bit of love-hate in the beginning that completes the trope. Portrayed by actress Lee Sung Kyung, Kim Bok Joo is a weightlifting athlete who falls in love with an obesity clinic doctor. But fate is cruel and life is not a fairytale (unlike what the drama title suggests), and she finds out that her perfect doctor is the brother of her childhood arch-nemesis Joon Hyung (Nam Joo Hyuk). The two have a rocky start continuously tormenting each other then slowly realize that what they couldn’t stand wasn’t each other but not being together! Another reason I can’t help but love this drama is how visually compatible the lead actors are. They make the acting look so believable that their characters seem like real, living people! And last but not least, the drama’s amazing soundtrack plays a big part in the quality of this drama. Even when I listen to the drama’s OST now, I am reminded of the sweet and unforgettable moments from the drama even though six years have passed! If you’re a fan of the friends-to-lovers trope, you definitely won’t regret watching “Weightlifting Fairy Kim Bok Joo.”

Somni: “She Was Pretty” 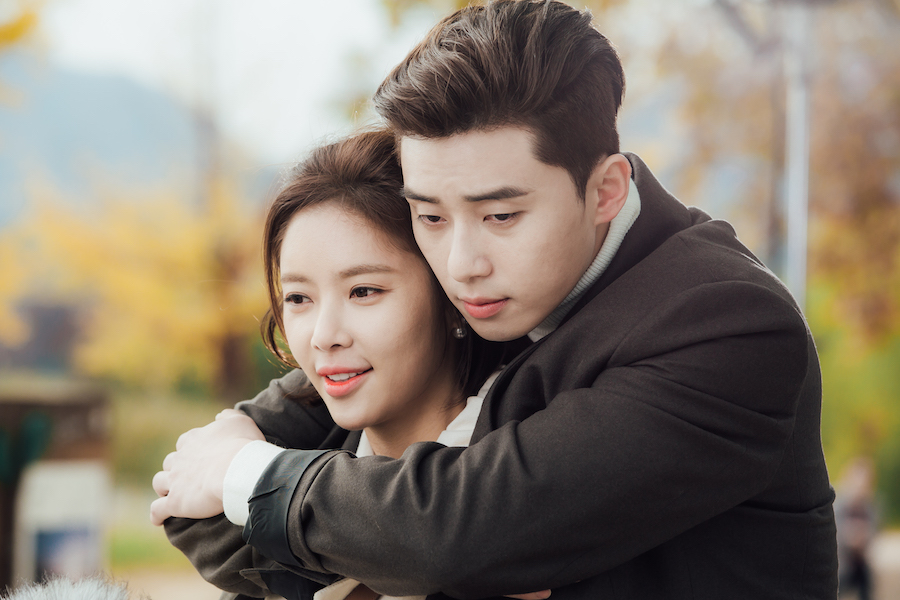 I can say with confidence that “She Was Pretty” is one of my favorite dramas with the friends-to-lovers trope. Not to mention the great performance of the actors but also the intriguing plot and the message that penetrates the drama are some of the reasons I keep coming back to watch this drama over and over again. Kim Hye Jin (Hwang Jung Eum) and Ji Sung Joon (Park Seo Joon) were childhood friends. At the time, Ji Sung Joon lacked confidence and was bullied due to his appearance, and he had a crush on Kim Hye Jin who was pretty, confident, and protected Sung Joon. The two naturally lost contact when Sung Joon’s family moved to the United States. 15 years later, their positions have switched as Hye Jin has lost all confidence in her appearance while Sung Joon has turned into a popular and handsome man. Hye Jin is afraid to face him, thinking that he will be greatly disappointed by her current appearance. Everyone might have at least one memory of a childhood friend, and even in reality, there is probably a big gap between the person’s image in my memory and the person I meet after becoming an adult. This drama conveys the important message that even if physical appearances may change completely, the genuine memories as well as the feelings of caring for each other will remain unchanged and that all of us are imperfect beings.

Watch “She Was Pretty”:

What is your favorite friends-to-lovers K-drama? Let us know in the comments below!