MBC’s “Please Send a Fan Letter” (literal translation) is a four-part romantic comedy series about an actress who faces the biggest crisis in her life in the entertainment industry and a man who has to protect his daughter’s pure heart by writing fake replies to her fan letters. Girls’ Generation’s Sooyoung stars as A-list actress Han Kang Hee, while Yoon Bak stars as Han Kang Hee’s first love Bang Jung Suk, a devoted single father whose young daughter is battling leukemia.

The newly-released poster captures the mesmerizing romantic chemistry between Sooyoung and Yoon Bak as they enjoy a candlelit evening. They gaze into each other’s eyes with such deep intensity and passion that viewers are left with butterflies and curious hearts.

In the middle of the night, the two meet up in a school art warehouse and look to be in a world of their own. They turn the unusual setting into the perfect date night spot as they’re surrounded by flowers and brightly lit candles. As they look upon each other with loving eyes, they both hold letters in their hands. The poster also teases the characters’ prior relationship as students with the caption, “Back to you once again, after circling for a long time.” 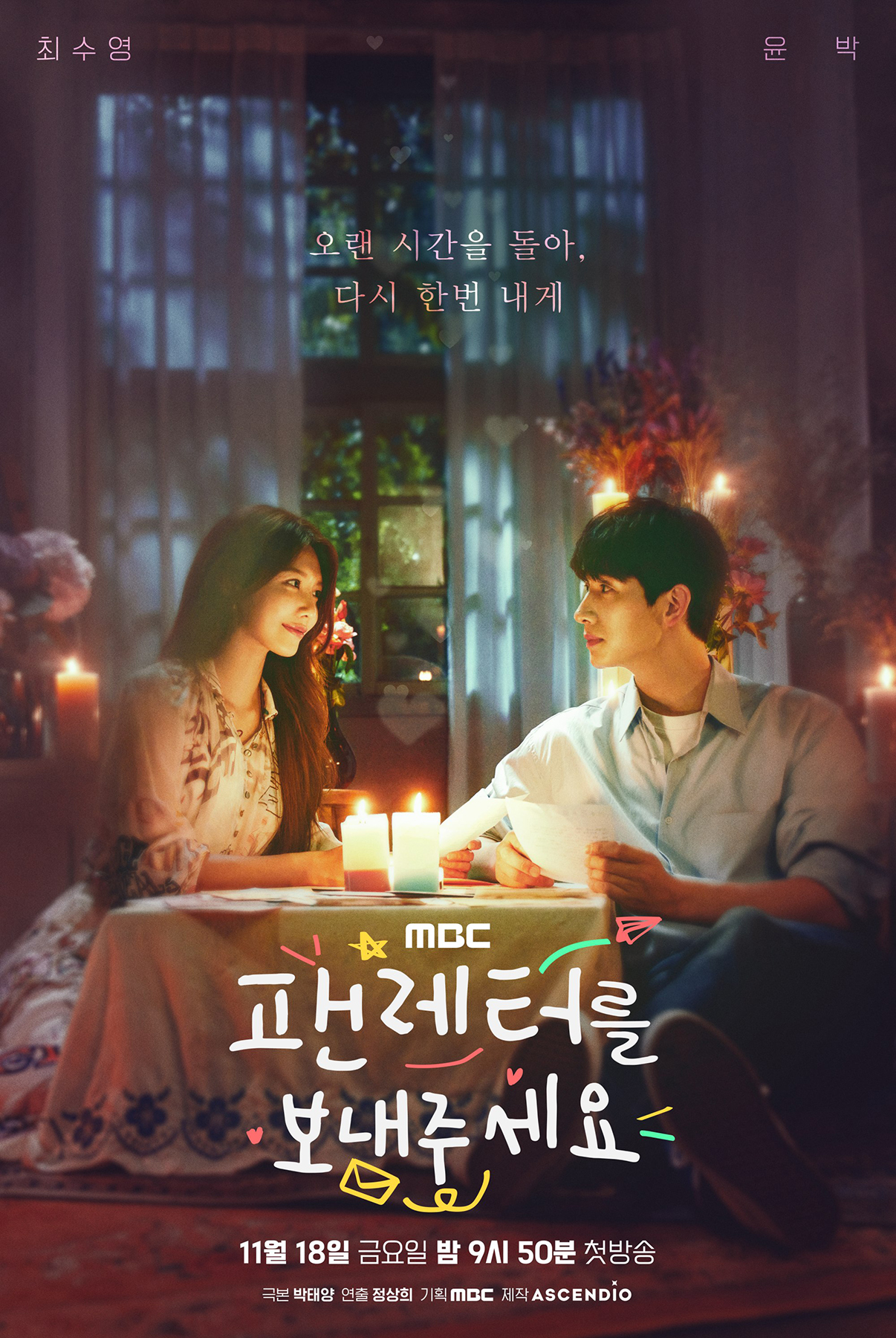 “Please Send a Fan Letter” premieres on November 18 at 9:50 p.m. KST and you can check out a teaser here!

In the meantime, watch Sooyoung in “So I Married The Anti-Fan” with subtitles below: