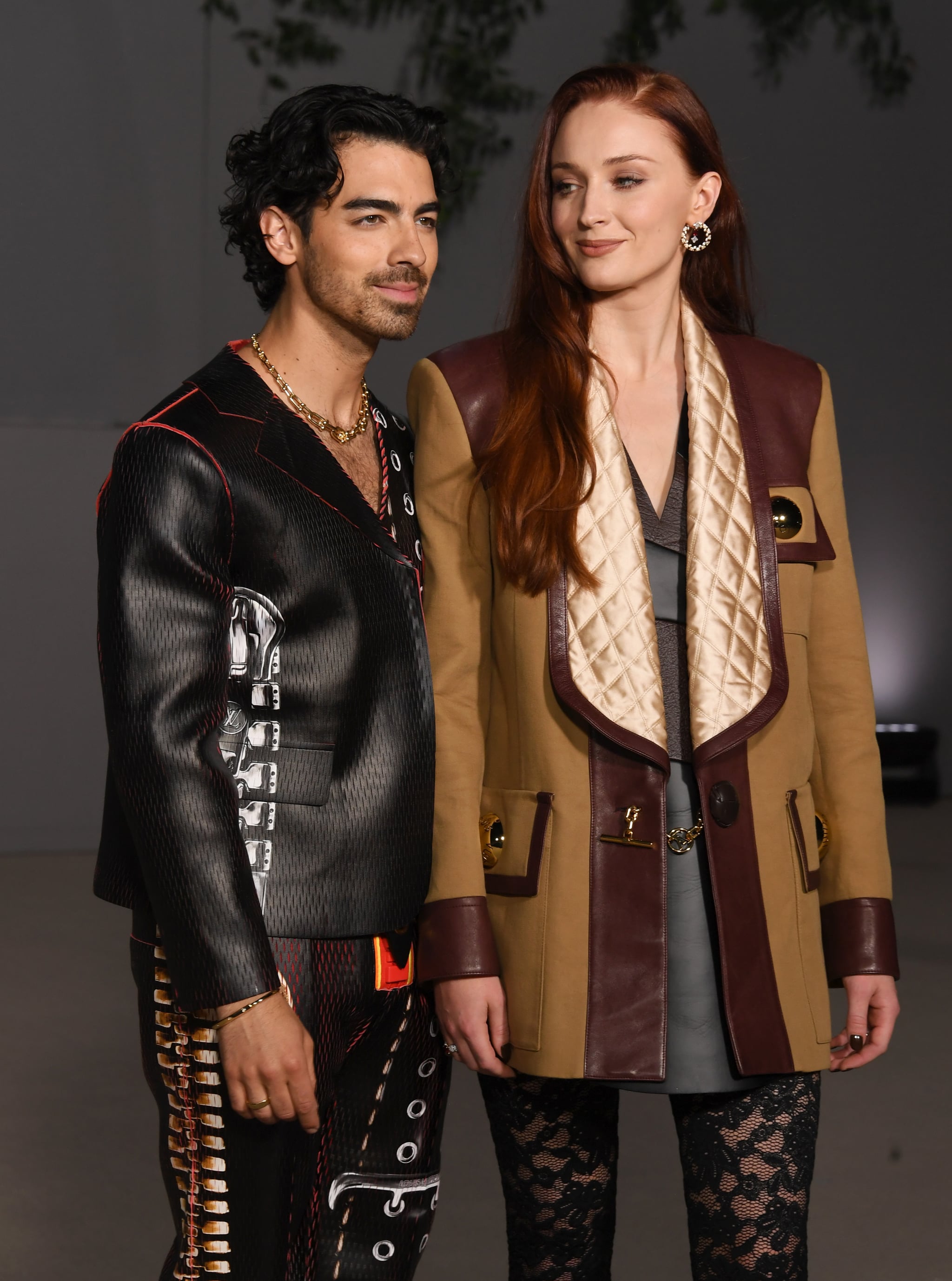 Joe Jonas is on the cusp of an acting comeback. Thankfully, he’s married to Sophie Turner. At the “Devotion” premiere on Nov. 15 in Los Angeles, the singer and Jonas Brothers member said he sought out advice from the “Game of Thrones” alum in preparation for the war drama. “She tells me to do it again, and do it again, and do it again,” Jonas said of Turner’s acting instruction. “Luckily, just watching her do her thing is always inspiring.”

Jonas also spoke about his portrayal of Marty Goode in “Devotion,” which also stars Jonathan Majors and Glen Powell, all of whom play fighter pilots in the Korean War. “With the character like Marty Goode, and and with a film like this, it’s a dream experience, dream role,” Jonas said. “Of course, it’s got flashy explosions and dogfight scenes in the air, but at the core of it, it’s like a love story, and there’s a lot of heart to it.”

While he’s been busier than ever writing music and welcoming his second child with Turner, Jonas said he did manage to watch some of the “Game of Thrones” prequel, “House of the Dragon.” And though he seemed to enjoy the episodes he saw, his loyalty lies with Sansa Stark, saying, “There’s [only] one ‘Game of Thrones’ though.” See how Jonas’s training with Turner paid off when “Devotion” hits theaters on Nov. 23.

Mariah Carey, the Backstreet Boys, Miley Cyrus, and Every Other Holiday Special Coming Your Way

Mariah Carey, the Backstreet Boys, Miley Cyrus, and Every Other Holiday Special Coming Your Way