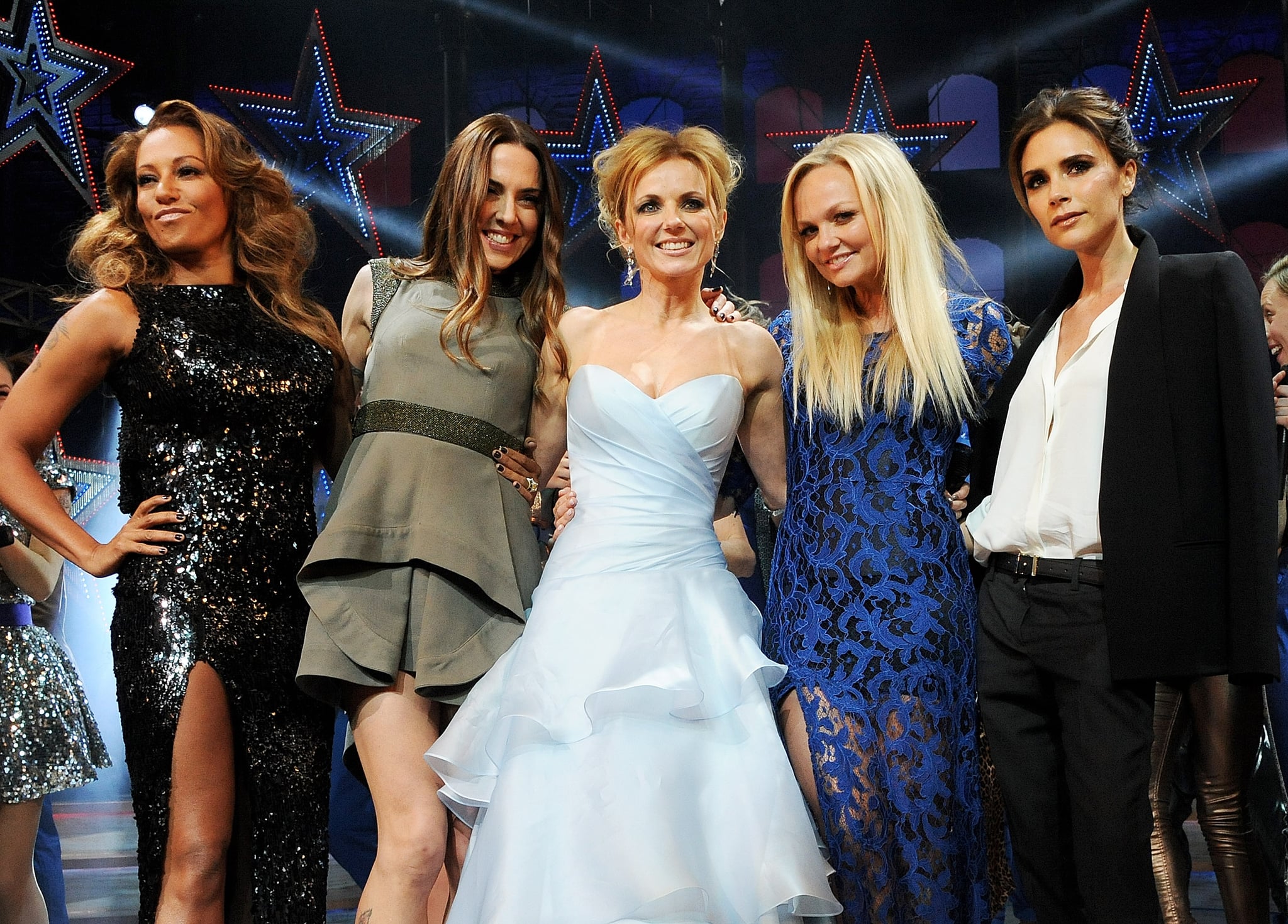 The Spice Girls had a mini reunion over the weekend, and an impromptu performance was involved. Victoria Beckham, Emma Bunton, and Melanie Chisholm partied it up at Geri Halliwell’s belated 50th birthday celebration on Nov. 5 and sang along to their 1996 hit “Say You’ll Be There” on the dance floor. In a video captured by David Beckham, four of the five girl group members — Ginger, Baby, Sporty, and Posh — formed a circle and belted out the lyrics together, swaying to the music and smiling from ear to ear the entire time.

While sharing the nostalgic footage on Instagram, David wrote, “Special celebrating Ginger 🇬🇧 this weekend and even more special to capture this moment of the girls.” He added, “A friendship for Life.” David also gave a shoutout to Mel B, aka Scary Spice, who was sadly not in attendance. “@officialmelb you were missed,” he wrote with a red heart emoji. Victoria reposted the clip on TikTok, writing, “When the #spicegirls reunite for one night only (minus Scary Spice! We miss you Mel B!!) Love you girls.” She added, “Tag your girl gang!”

This year marks the 25th anniversary of the Spice Girls’s second studio album, “Spiceworld,” which featured hits like “Spice Up Your Life,” “Stop,” and “Viva Forever.” To commemorate the milestone, the band released a deluxe edition of the album, complete with new remixes and unreleased live recordings on Nov. 4, the day before Halliwell’s birthday bash.

The Spice Girls have long teased embarking on a reunion tour with all five members following their split in 2000, but Beckham remains hesitant about the idea. “I had so much fun being in the Spice Girls, but I think now with everything else I’ve got going on — with my fashion, and my beauty line, four children — I couldn’t commit to that,” she said during a recent interview on “Watch What Happens Live.” Still, fans are hopeful they’ll one day headline Glastonbury Festival in their home country of England.

The 2023 POPSUGAR Reading Challenge Is Here!

The 2023 POPSUGAR Reading Challenge Is Here!