The stars of iHQ and MBN’s “Sponsor” have shared their thoughts on what viewers can expect from the upcoming drama!

“Sponsor” is a new romance drama about the dangerous relationships between two men and two women who will stop at nothing to get what they want—and who even go looking for “sponsors” to help them achieve their desires.

Han Chae Young teased that the drama had lots of unpredictable twists and turns in store, commenting, “In ‘Sponsor,’ all sorts of unexpected incidents take place because of the entangled relationships between the men and women, and other situations unfold because of those [incidents]. I think it’d be good to pay attention to this suspenseful plot.”

Describing her character Han Chae Rin, the actress remarked, “She has an abundance of charms, and she will be able to show viewers countless different emotions.” As for how the character resembles her own real-life personality, Han Chae Young shared, “She’s similar to me in the way that she’s overflowing with confidence, passion, and boldness.” 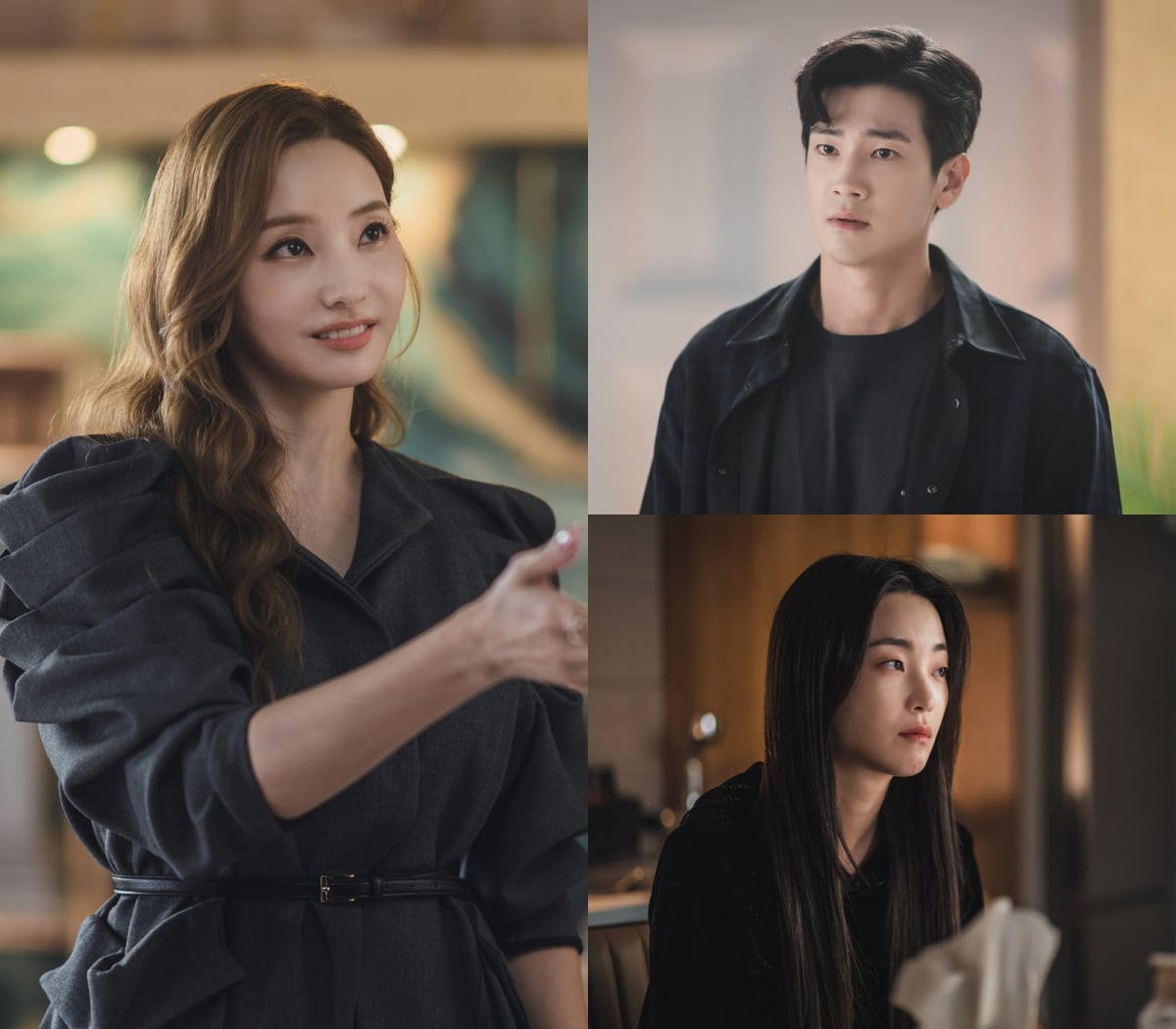 Ji Yi Soo similarly mentioned the drama’s fast-paced and eventful plot, telling viewers, “Because ‘Sponsor’ is a drama in which the emotions and plotlines move quickly, I hope you will put yourself into each character’s shoes as you enjoy the story.”

Regarding her approach to her character, the actress continued, “Park Da Som is someone who has sacrificed and given up on many things for the sake of her son, work, and love. I tried to realistically portray her inner wounds, which contrast with her seemingly tough exterior.”

Finally, Koo Ja Sung noted, “Every incident [in the story] has a myriad of emotions densely tangled within it. I hope you pay attention to the complex and subtle inner changes within each character.”

He went on to add, “Also, please keep an eye on how Hyun Seung Hoon, who has lived more fiercely than anyone in order to provide for his family and make a living, transforms as he chooses to pursue his dreams and success.”

“Sponsor” premieres on February 23 and will be available with subtitles on Viki. Check out a teaser for the drama here!

In the meantime, watch Han Chae Young in “A Pledge to God” below:

Ha Do Kwon, Jin Goo, And Lee Won Geun Engage In A Tense Psychological Battle In “A Superior Day”

Ha Do Kwon, Jin Goo, And Lee Won Geun Engage In A Tense Psychological Battle In “A Superior Day”