Circle Chart (formerly known as Gaon Chart) has revealed its chart rankings for the week of October 30 to November 5!

Stray Kids’ latest mini album “MAXIDENT,” which debuted at the top of the physical album chart last month, climbed back up to No. 1 on this week’s chart.

YOUNITE’s new mini album “YOUNI-ON” entered the chart at No. 4, while Red Velvet’s Seulgi’s solo debut mini album “28 Reasons” shot back up to No. 5 this week. 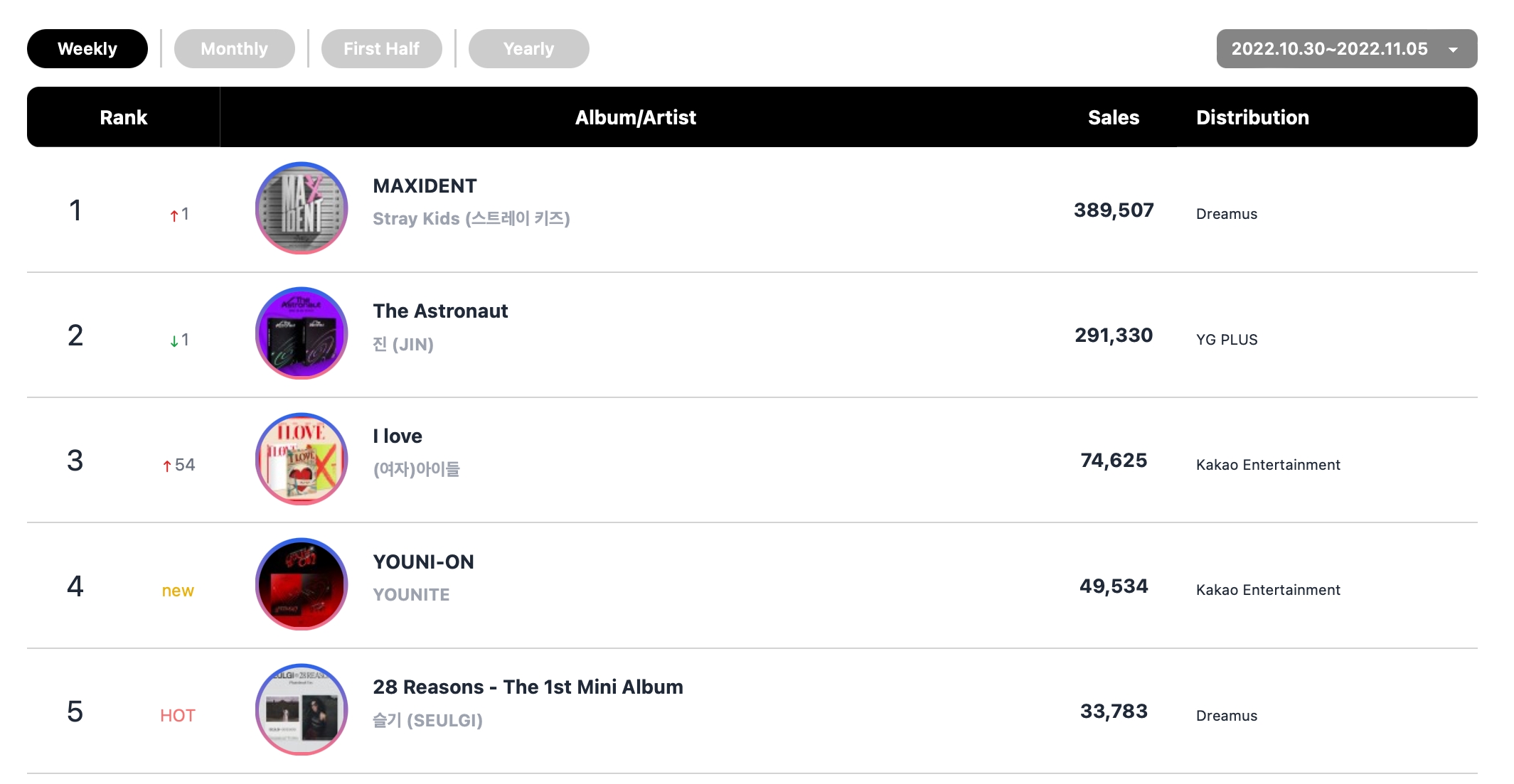 The top five songs on this week’s overall digital chart and streaming chart were exactly the same: (G)I-DLE achieved a double crown as their latest hit “Nxde” remained No. 1 on both charts, followed by Younha’s “Event Horizon” at No. 2, Block B’s Zico’s “New thing” at No. 3, LE SSERAFIM’s “ANTIFRAGILE” at No. 4, and IVE’s “After LIKE” at No. 5.

WSG Wannabe (Gaya-G) maintained their double crown by topping both charts with their hit song “At That Moment,” while WSG Wannabe (4FIRE)’s “I Missed You” remained No. 2 on both charts. 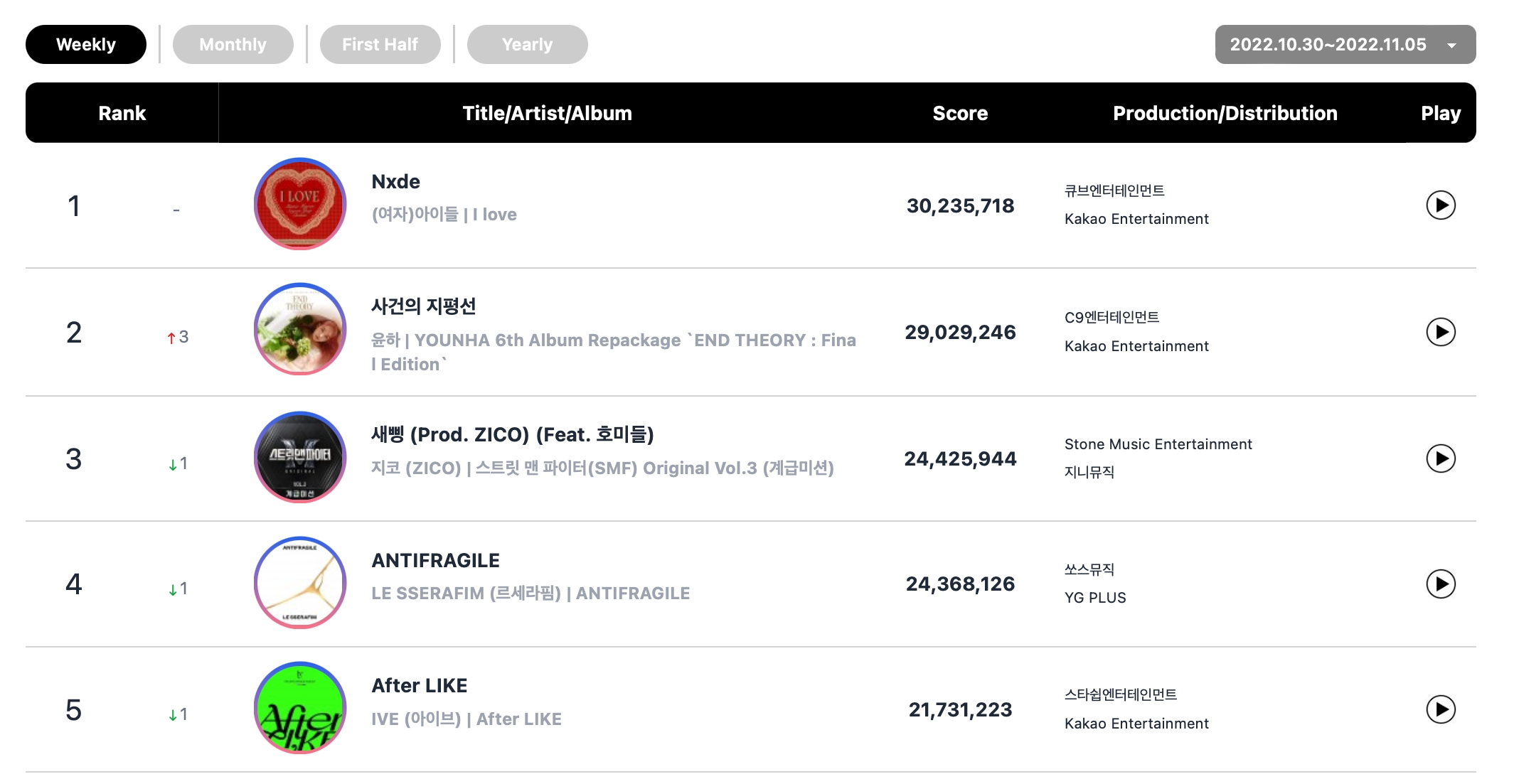 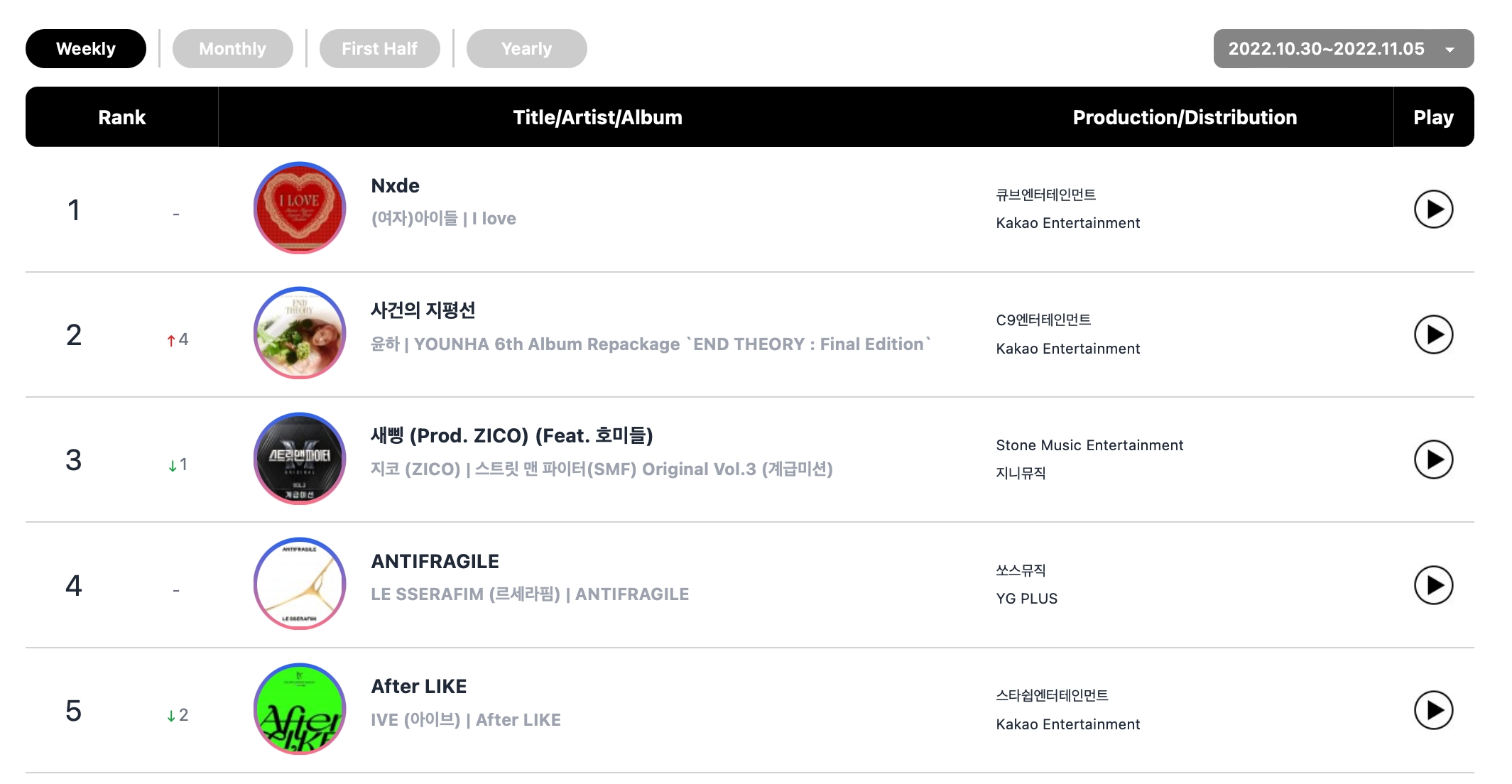 BTS’s Jin topped this week’s digital download chart with his solo single “The Astronaut,” which rose to No. 1.

Finally, Younha’s “Event Horizon” rounded out the top five for the week. 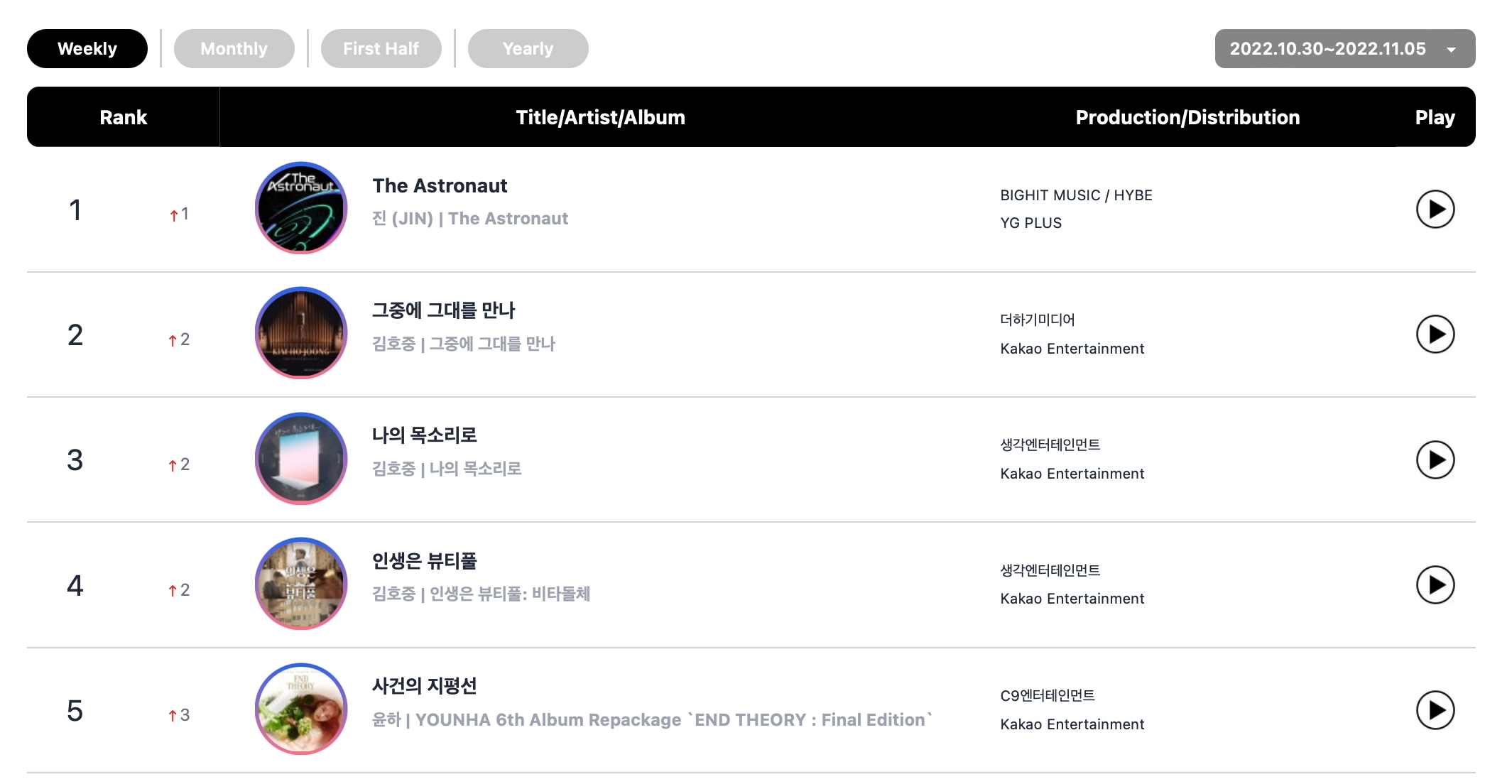 The top five songs on this week’s Global K-Pop Chart were exactly the same as last week: LE SSERAFIM’s “ANTIFRAGILE” held onto its spot at No. 1, followed by (G)I-DLE’s “Nxde” at No. 2, BLACKPINK’s “Shut Down” and “Pink Venom” at No. 3 and No. 4 respectively, and NewJeans’ “Hype Boy” at No. 5. 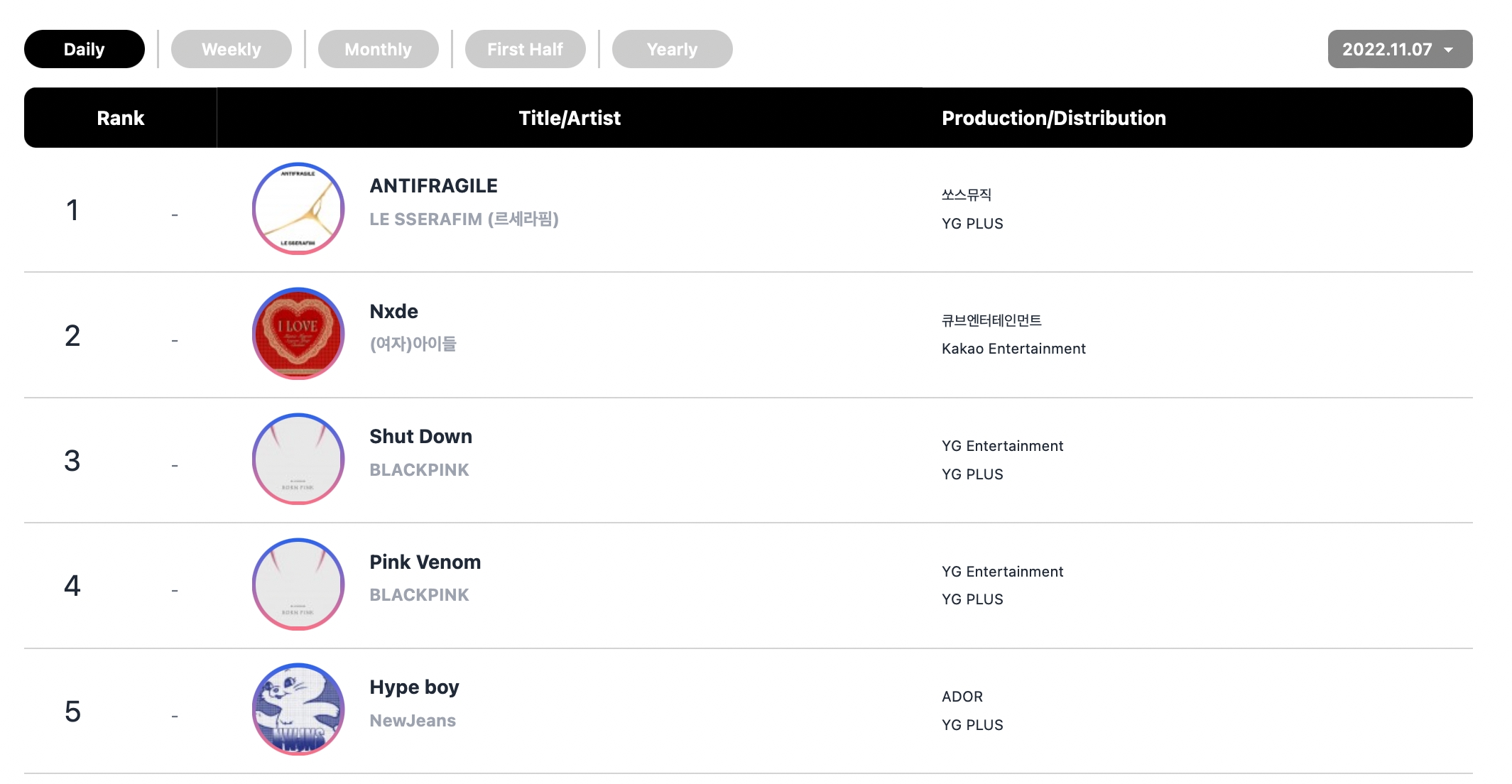 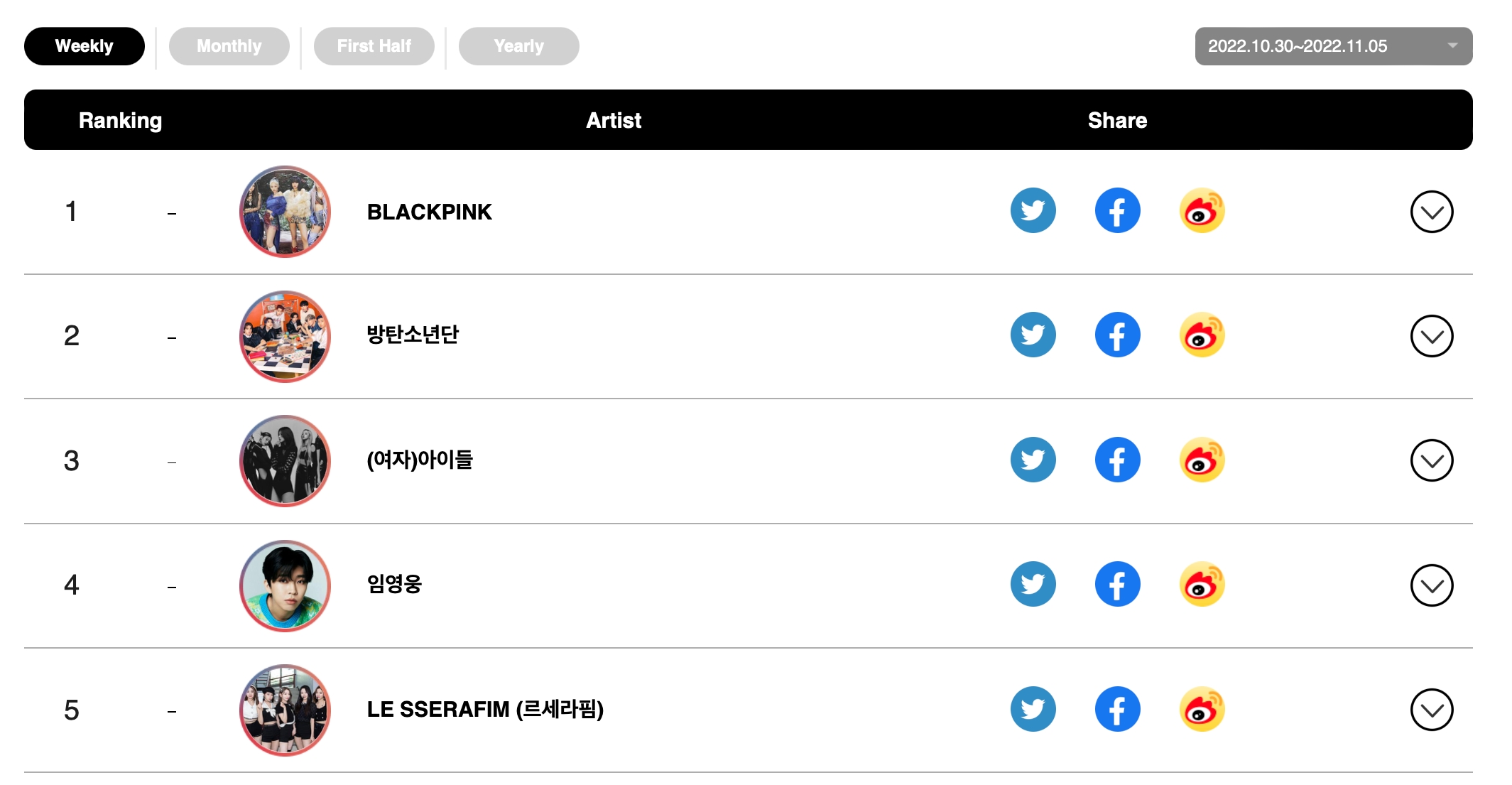 Congratulations to all of the artists!