A new poster for “Work Later, Drink Now 2” is here!

The new poster shows Ahn So Hee, Han Ji Yeon, and Kang Ji Goo standing amidst some lush greenery. The three women wear bright and dreamy expressions, reeling you into their world of fun and chaos, as Ahn So Hee stands in the middle holding a shot glass that catches falling dew drops.

Meanwhile, the caption “We… live off of dew” makes a punny reference to a brand of soju whose name sounds like the Korean word for “dew,” suggesting that the “dew” they’re talking about isn’t dew at all.

Behind the three women stands Kang Book Goo holding a camcorder, looking as though he has just witnessed something suspicious going down. Last season, there was something going on between him and Ahn So Hee, so viewers will no doubt be more than curious to see what kind of role he’ll play in the new season. 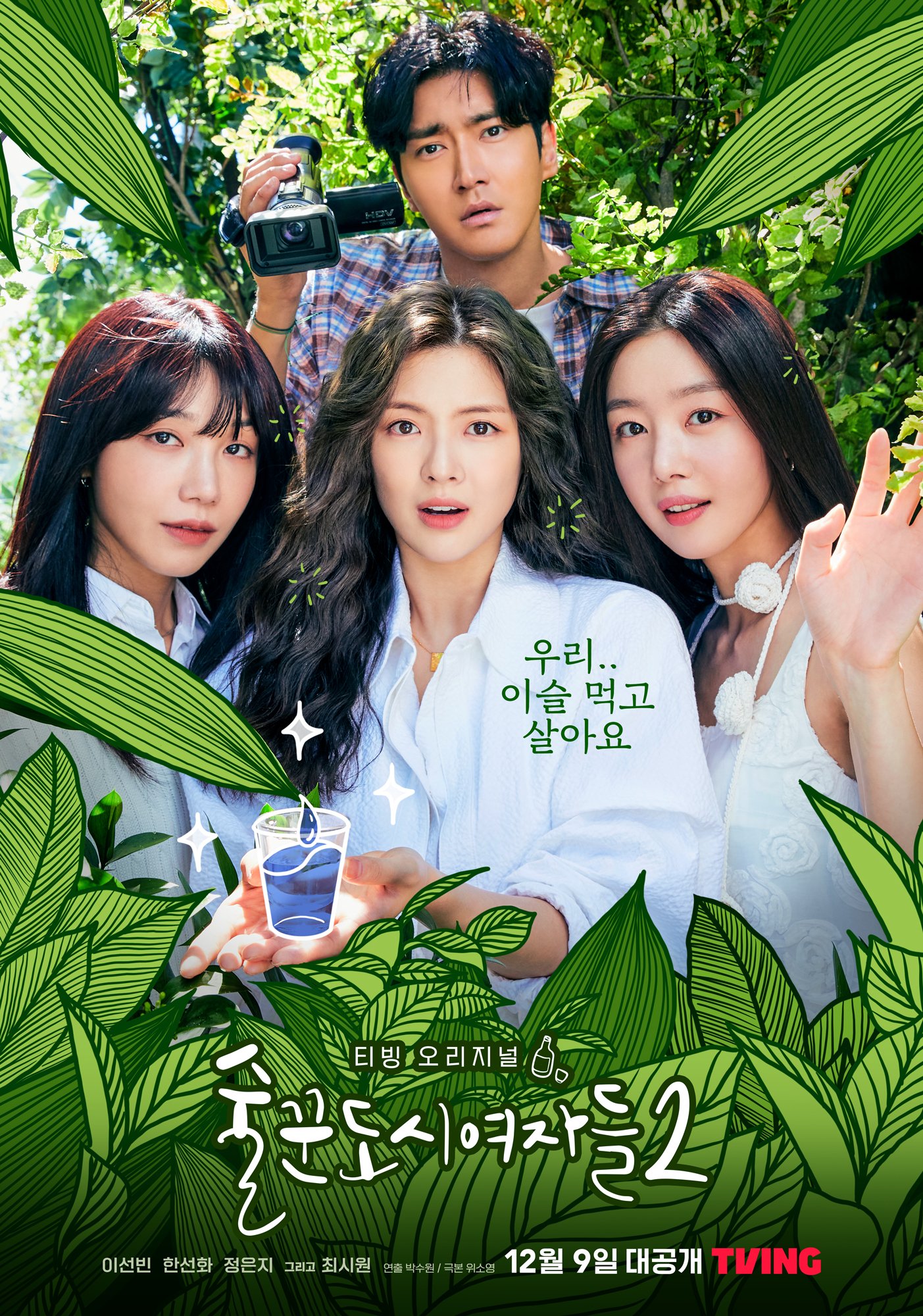 “Work Later, Drink Now 2” will premiere on December 9. Check out a teaser here!

While you wait, watch Lee Sun Bin in “Mission Possible” with subtitles below: