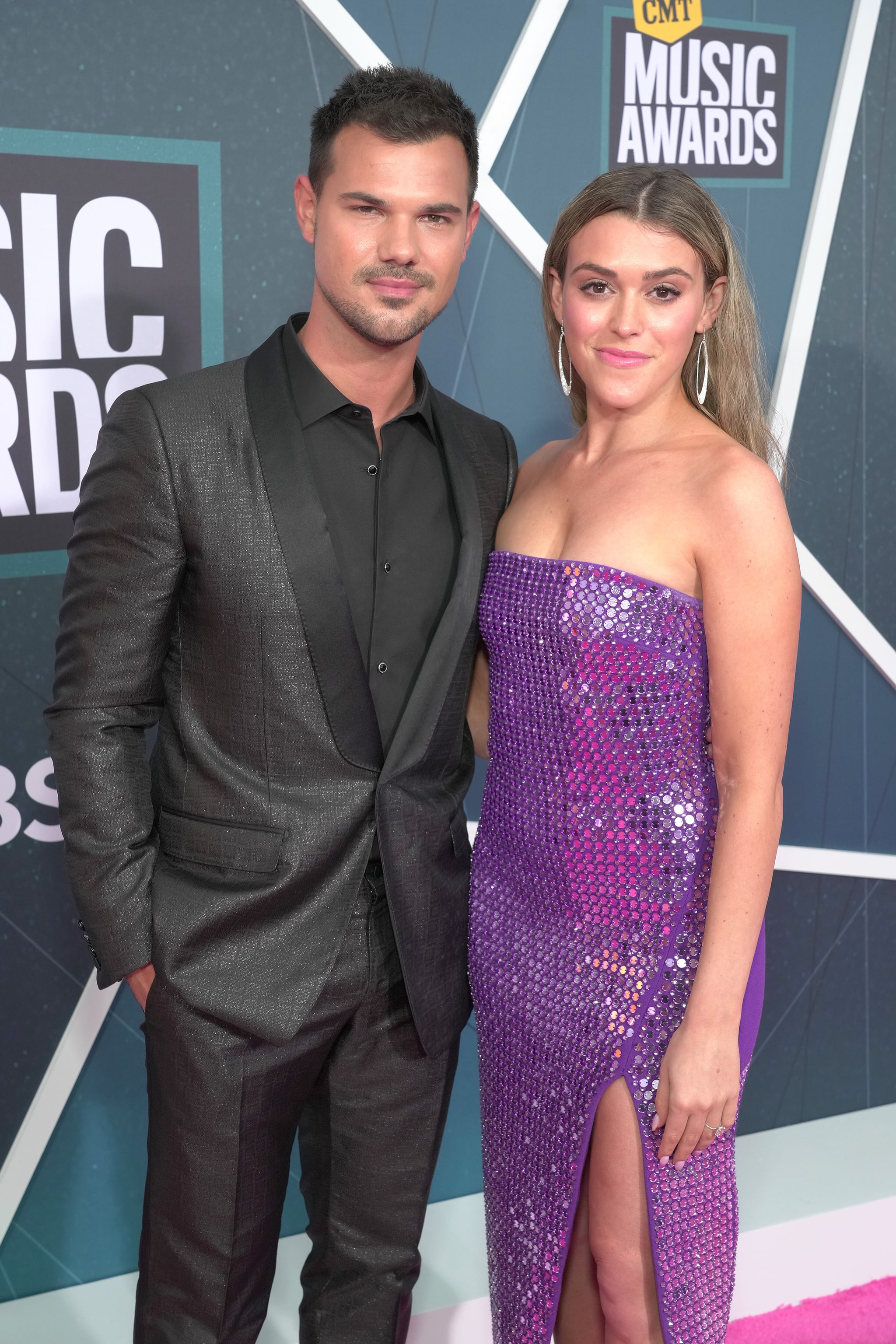 Attention Team Jacob, Taylor Lautner is officially married! According to multiple reports, Lautner and his longtime girlfriend Taylor Dome tied the knot on Friday at Epoch Estate Wines near Paso Robles, California. Per The Daily Mail, the ceremony was reportedly an intimate one with around 100 of the bride and groom’s closest friends and family in attendance. (POPSUGAR reached out to the couple’s representatives for comment on their wedding news, but did not receive an immediate response.)

Lautner and Dome first shared their romance with the world in 2018, and they’ve been going strong ever since. In 2021, the couple announced their engagement on Nov. 11 — and it seems they wed exactly one year later. At the time, Dome posted a photo featuring Lautner proposing in a candlelit room full of flower petals in front of a fireplace on Instagram. She captioned the photo, “my absolute best friend I CANNOT WAIT TO SPEND FOREVER WITH YOU.”

The “Twilight” actor shared the same photo to his Instagram alongside the caption, “11.11.2021 And just like that, all of my wishes came true.” Since then, the couple have continued to post about their wedding prep in the leadup to their big day. In October, Dome posted photos from her bachelorette party in Palm Springs. Then on Wednesday, she appeared to share a sneak peek at her veil in an Instagram post captioned, “wednesday vibes💓🦩🎀.”

Lautner hasn’t shied away from talking about his relationship with Dome either. In fact, he opened up to Kelly Clarkson on “The Kelly Clarkson Show” in August about the one thing he was a little bit worried about before asking Dome to marry him: their shared name. “Cause we already share one name, so it’s going to be extra complicated,” Lautner explained. “We’re literally going to be the same person.”