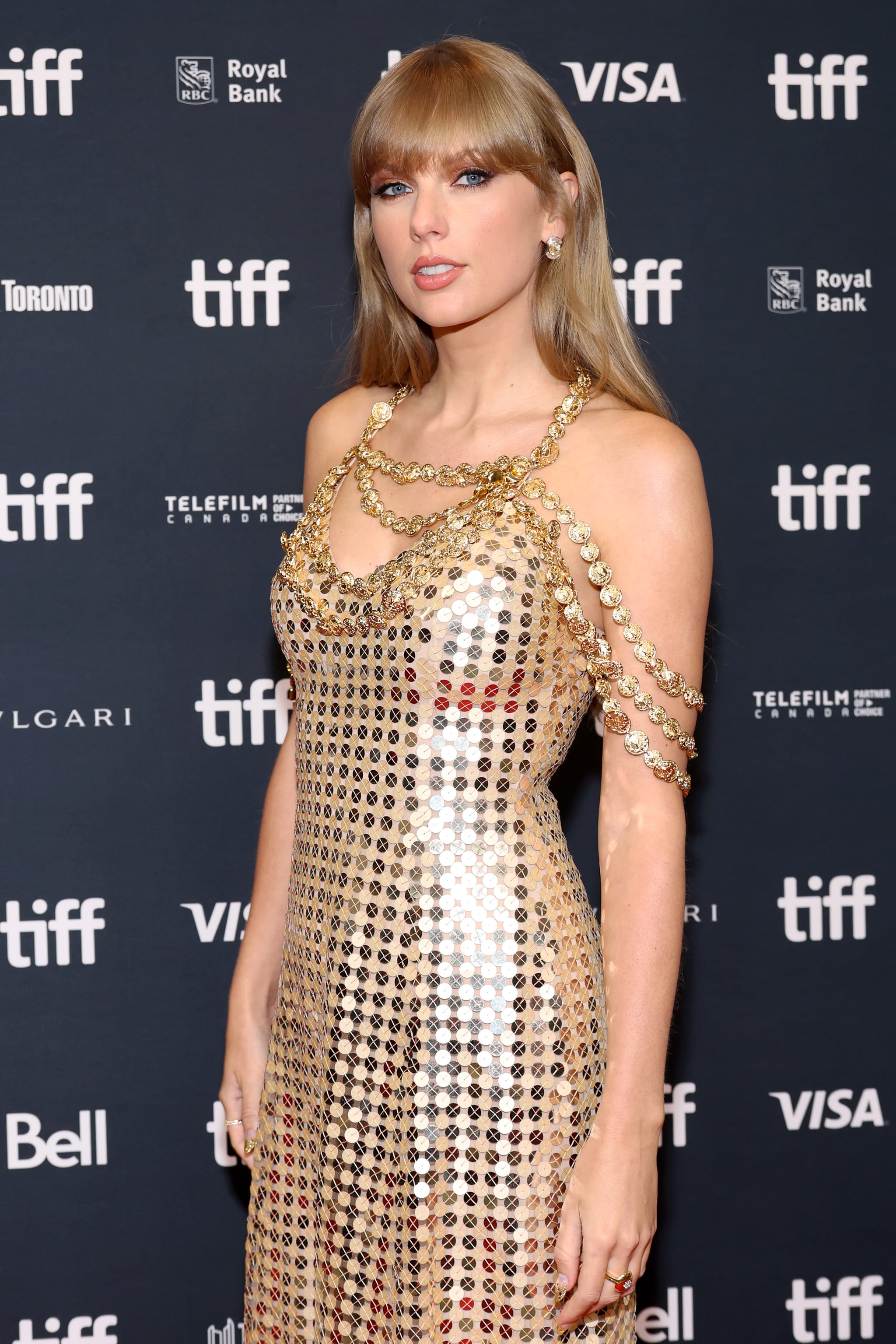 If Taylor Swift needed cold hard proof that her fans adore her, they just gave her some. On Friday, Oct. 21, Spotify announced that Swift’s “Midnights” had broken the record for the most-streamed album in a single day — for those keeping count, she smashed the record less than 24 hours after “Midnights” was released. (POPSUGAR reached out to Spotify for an exact number of times the record was streamed but did not receive an immediate response.) For her part, the “Anti-Hero” singer tweeted her thanks to her fans for making her number one so quickly.

“And before the clock could even strike midnight on October 22nd, Taylor Swift broke the record for most-streamed album in a single day in Spotify history. Congratulations, @taylorswift13,” Spotify tweeted. The Grammy-winner quickly reshared the tweet alongside a message to everyone who listened to “Midnights” on its release day. “How did I get this lucky, having you guys out here doing something this mind blowing?! Like what even just happened??!?!” she wrote.

Swift smashed the previous record which was held by “Bad Bunny’s Un Verano Sin Ti” record in September 2021. Although the exact number of times “Midnights” was streamed on its first day has yet to be revealed, Spotify previously confirmed “Bad Bunny’s album had 183 million day-one streams.

“Midnights” officially dropped at midnight on Oct. 21 and briefly caused Spotify to crash in the process, according to Downdetector. The album consists of 13 songs written around the concept of sleepless nights. “Midnights is a collage of intensity, highs and lows and ebbs and flows,” Swift tweeted when the album was released. “Life can be dark, starry, cloudy, terrifying, electrifying, hot, cold, romantic or lonely. Just like Midnights. Which is out now.”

Shortly after “Midnights” began streaming, Swift surprised fans with seven additional songs that she dubbed “3 a.m. tracks.” She shared the news with her fans on Twitter writing, “Surprise! I think of Midnights as a complete concept album, with those 13 songs forming a full picture of the intensities of that mystifying, mad hour. However! There were other songs we wrote on our journey to find that magic 13.”

She continued, “I’m calling them 3am tracks. Lately I’ve been loving the feeling of sharing more of our creative process with you, like we do with From The Vault tracks. So it’s 3am and I’m giving them to you now.”

How did I get this lucky, having you guys out here doing something this mind blowing?! Like what even just happened??!?! https://t.co/7kDKDrBwiD

The Story of Coolio’s “Gangsta’s Paradise”

The Story of Coolio’s “Gangsta’s Paradise”