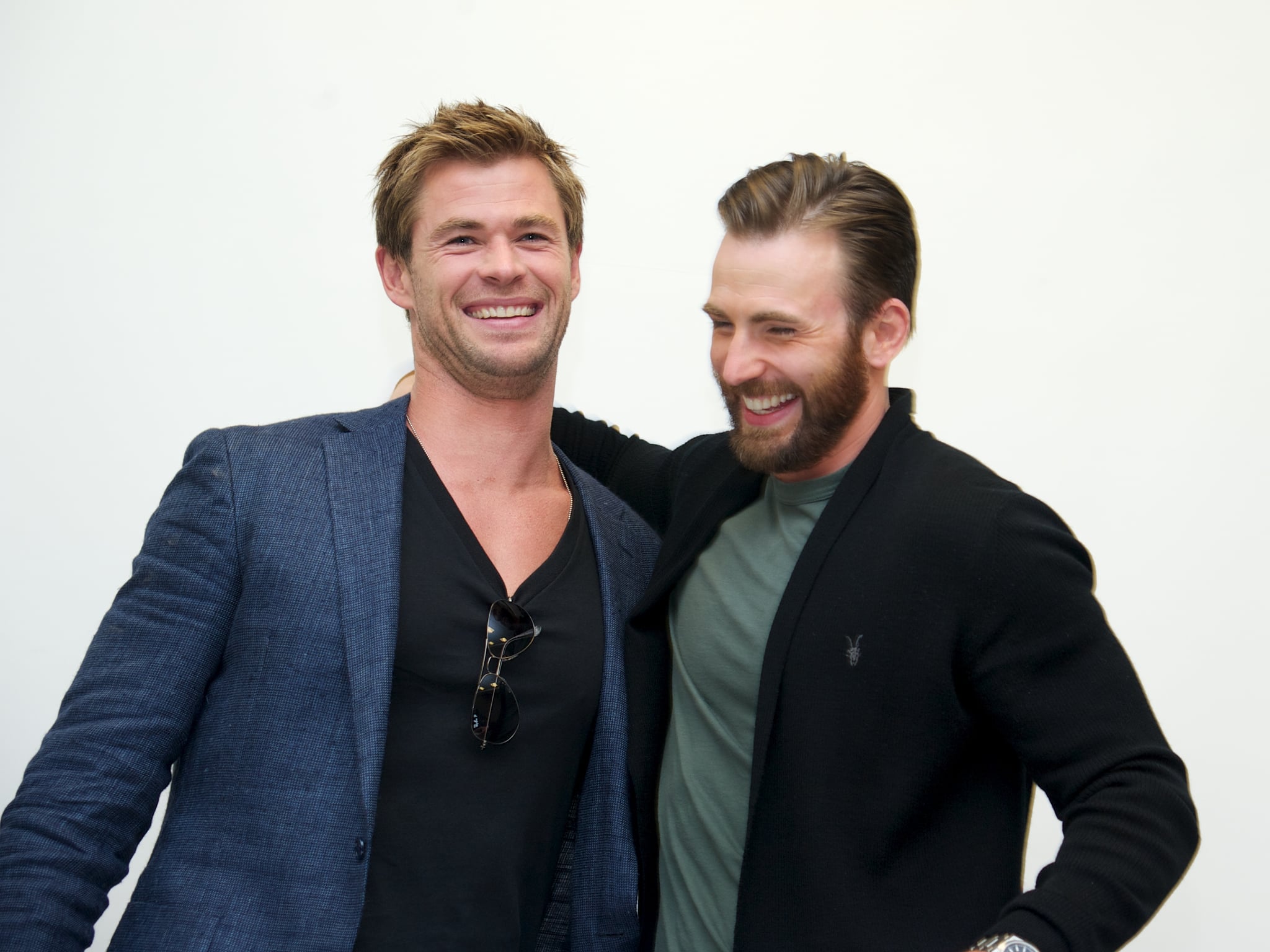 Chris Evans’s recent People’s Sexiest Man Alive photo shoot wasn’t immune to some good ol’ roasting by his friends. The actor’s fellow Avengers superheroes couldn’t resist poking fun at his cover spread in their group text, Chris Hemsworth revealed on “Jimmy Kimmel Live” on Nov. 14. “We have an Avengers text chain, and it very quickly was like, ‘What are you doing with your hands back there?'” Hemsworth said, referencing the main photo of Evans posing with his hands behind his back in a deliberately dirty white T-shirt.

He expanded on exactly how they teased him, adding, “[Robert] Downey [Jr.] said he was being arrested, I said it was a beautiful mugshot, then Jeremy Renner said a series of things which we won’t repeat.” Jokes aside, Hemsworth said he’s “absolutely” proud of Evans, concluding, “He’s indeed a sexy man, so well done.”

The Marvel Cinematic Universe seems to be a breeding ground for Sexiest Man Alive contenders. In 2021, People magazine awarded “Ant-Man” actor Paul Rudd with the title, following in the footsteps of “Black Panther” heartthrob Michael B. Jordan in 2020, Avengers franchise regular Idris Elba in 2018, and Hemsworth back in 2014. Evans modestly alluded to earning the distinction in Rudd’s wake, writing on Instagram, “I think we can all agree that it’s damn near impossible to follow in Paul Rudd’s footsteps in any capacity, but I’ll do my best.”

Evans and Hemsworth have been close pals since first portraying Captain America and Thor, respectively, in “The Avengers” 10 years ago. Their brotherly bond involves repeatedly trolling each other on social media, getting matching tattoos, and goofing off with each other in interviews. In fact, they once goofed off so much that they weren’t allowed to do press together for 2019’s “Avengers: Endgame,” Hemsworth told Variety. ” . . . [W]e just spend the whole time screwing around and none of it is on topic,” he explained of their joint interviews. Evans concurred, telling the publication, “We had too much fun together, and truly like kids in school, we were separated because we weren’t getting s— done.”

No, Timothée and Pauline Chalamet Aren’t Twins, but These Snaps May Make You Think Otherwise

Kylie Jenner Posts Sweet Photos With Her Son and Stormi

No, Timothée and Pauline Chalamet Aren’t Twins, but These Snaps May Make You Think Otherwise

Kylie Jenner Posts Sweet Photos With Her Son and Stormi