It has been over 10 years since The Lincoln Lawyer debuted in theatres across the USA. Now a decade later fans of Michael Connelly’s popular crime drama will get to see the story unfold once more as Netflix adapts it into an Original series. We’ll be keeping track of everything you need to know about The Lincoln Lawyer, including the plot, casting news, production updates, and the Netflix release date.

The Lincoln Lawyer is an upcoming Netflix Original crime-drama series based on the novel of the same name by author Michael Connelly.

The series was originally bound for CBS however was canceled so it didn’t move forward. We first got word that Netflix might take over the production in September 2020. In the summer of 2021, A+E Studios went on to sue ViacomCBS for canceling the series.

Netflix officially unveiled the series in January 2021 and promised to “serve up the complex and mysterious arcs fans know and love with a mix of light-hearted humor”. Connelly also added, “I’m thrilled to call Netflix our home. And I’m excited to bring this rich, multilayered story filled with intriguing characters and mysteries to solve to millions of viewers – both old and new fans – around the world.”

It’s not the first time the works of Michael Connelly has been adapted for the big screen. You may remember in 2011 that Lionsgate released its adaptation of the project. The movie had a budget of $40 million and reportedly grossed just shy of $90 million at the box office.

Bringing Connelly’s courtroom drama to life is A+E Studios, with Ted Humphrey as the showrunner, executive producer, and one of the writers. Humphrey is perhaps best known for working on The Good Wife for CBS and Incorporated for Syfy.

Connelly is actively involved in the show it’s worth noting. He was involved in several aspects of the show including co-writing the final episode alongside Humphrey and was frequently on the set.

Erin Feeley and Alonso Alvarez are directing 2 episodes each in season 1.

Filming for Netflix’s The Lincoln Lawyer kickstarted in March 2021 specifically on March 30th.

We started shooting The Lincoln Lawyer show today for @netflix. After a year-long covid delay we shot our first scene with Manuel Garcia-Rulfo @rulfomanuel as Mickey Haller. The book is The Brass Verdict and the script is by David E. Kelley. 1/2 pic.twitter.com/66weMORAYk

A production listing stated that production would run all the way through to October 29th, 2021. On IMDbPro, it states that pre-production began in January 2021, and post-production started in late July 2021.

Filming for the series took place in Los Angeles, California. The series was notably filmed at locations including Marina del Ray, Wilshire Ebell Theatre, Spring Street, and Grand Avenue. In interviews, Humphrey has said most of the show takes place in Downtown LA.

Michael Connelly took to Twitter on August 3rd, 2021 to confirm that filming had concluded on season 1.

The Lincoln Lawyer season one filming has wrapped. I think we have something really good. Can’t wait to share it with the world. -MC#TheMartiniShot #Netflix pic.twitter.com/Zw8CTTHKdz

Ted Humphrey spoke about how the show had to adapt as it filmed during COVID saying that they had no shutdowns and “very few cases”. He added that all the procedures in place meant everyone had to be on set extra early and that it made days longer and more challenging.

The show was still in post-production as of December 2021 but was close to finishing. Once it gets handed over to Netflix it has to go through the technical and localization efforts.

When is The Lincoln Lawyer season 1 Netflix release date?

It’s practically a given that The Lincoln Lawyer is coming to Netflix sometime in 2022.

We’re currently expecting to see the series land in the Spring or Summer of 2022 but we do not yet have confirmation as to when it’ll be added.

What is the plot of The Lincoln Lawyer?

The series will largely follow exactly the same plot as the book and the subsequent movie.

Here’s what you can expect from the story if you’ve never read or watched The Lincoln Lawyer before:

“Things are finally looking up for defense attorney Mickey Haller. After two years of wrong turns, Haller is back in the courtroom. When Hollywood lawyer Jerry Vincent is murdered, Haller inherits his biggest case yet: the defense of Walter Elliott, a prominent studio executive accused of murdering his wife and her lover. But as Haller prepares for the case that could launch him into the big time, he learns that Vincent’s killer may be coming for him next. Enter Harry Bosch. Determined to find Vincent’s killer, he is not opposed to using Haller as bait. But as danger mounts and the stakes rise, these two loners realize their only choice is to work together.”

Speaking to the So Many Shows Podcast, Ted Humphrey answered several questions ahead of the season landing on Netflix.

He was asked whether or not you need to be well-versed in “legalese” to enjoy the show to which he answered ultimately no but added:

“The books are really clever as well as very exacting in terms of getting it right. He consults with a lot of lawyers when he writes the books as well as legal consultants and what not. Michael also does a great job of explaining in the books in a very engrossing and storytelling way of letting you know the things you need to know to understand about what’s going on. We endeavor to do that in the show as well.”

Humphrey also said we’ll be spending an equal amount of time in his iconic Lincoln as well as in the courtroom. He also teased there’d be one overarching court case that plays out over the course of the season. When given three words to describe the series, Humphrey said “compelling”, “authentic”, and “fun”.

Who are the cast members of The Lincoln Lawyer?

The main cast for The Lincoln Lawyer includes:

Cast Grid for The Lincoln Lawyer on Netflix

Also starring in the series are the following recurring actors/actresses (many of which were announced in April 2021):

As the series is an adaptation of the story, it is not a spin-off of the 2011 film. This means Matthew McConaughey won’t be starring in the series.

How many episodes can we expect to see?

It has been confirmed by Netflix that we’ll be seeing ten episodes of The Lincoln Lawyer. Each episode will have a run time of 60 minutes.

Other The Lincoln Lawyer Netflix News

Michael Connelly has been very good at answering questions on Twitter so here’s a compilation of a few:

Are you going to be watching The Lincoln Lawyer series on Netflix? Let us know in the comments below!

Netflix Comedy ‘You People’: Everything We Know So Far

Should Netflix Acquire ‘Lord of the Rings’ Rights?

Netflix Comedy ‘You People’: Everything We Know So Far

Should Netflix Acquire ‘Lord of the Rings’ Rights? 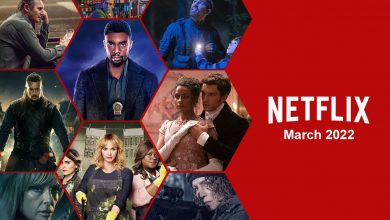