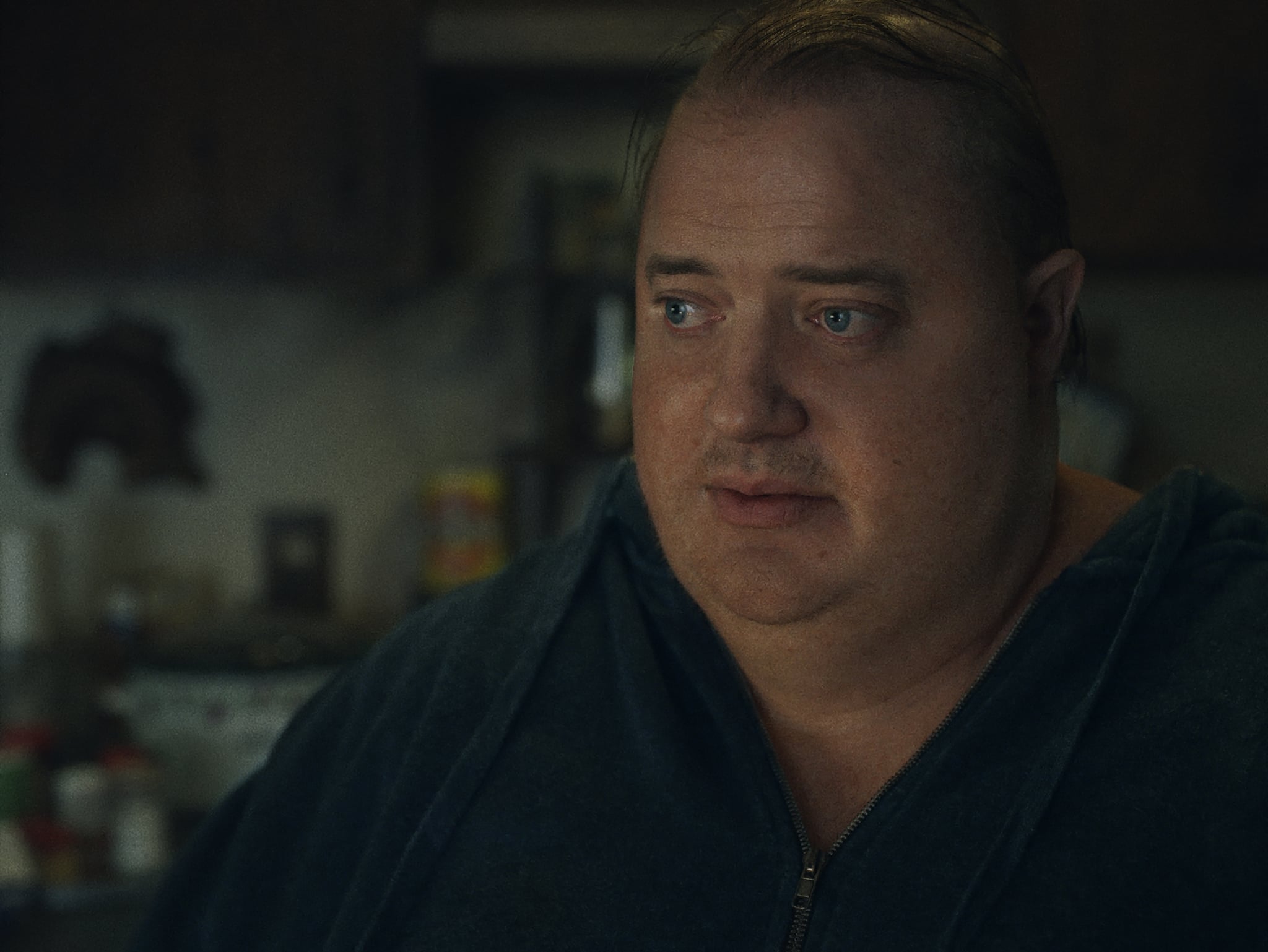 The trailer for “The Whale,” starring Brendan Fraser in his comeback role, is here. A24 released the first footage of Fraser and his costars in the drama on Nov. 8. The movie, directed by Darren Aronofsky, is based on the play of the same name by Samuel D. Hunter, who also wrote the screenplay.

“A reclusive English teacher suffering from severe obesity attempts to reconnect with his estranged teenage daughter for one last chance at redemption,” A24 says in a description of the movie. In the film’s source material, Fraser’s Charlie left his family for his gay lover, who died. He used binge eating as a way to deal with his grief.

The movie premiered at the Venice Film Festival in September and also played at the Toronto Film Festival and the London Film Festival this fall. Video went viral online of Fraser tearing up at standing ovations from the crowd in response to his performance.

Fraser told Newsweek in 2021 that he used prosthetics and makeup in order to portray Charlie. “The wardrobe and costume was extensive, seamless, cumbersome,” he told the outlet. “This is certainly far removed from anything I’ve ever done but not to be coy, I haven’t seen any of it yet but I do know it’s going to make a lasting impression.” He addressed the backlash over his use of prosthetics in another interview with Newsweek this October, saying, “I’m not a small man. And I don’t know what the metric is to qualify to play the role. I only know that I had to give as honest a performance as I can.”

Aronofsky also defended his casting choice to the outlet, saying, “There’s no way you can cast someone to play this job, so we had to use makeup to get there.” He continued, “Most of the people that are playing critique have not seen the film. So I welcome everyone to see the film because the film is about bringing empathy to characters that you don’t expect to feel for.”

Fraser was also set to appear in HBO Max’s “Batgirl” movie later this year, but the streamer canceled the film as a result of the Warner Bros. Discovery merger. The actor will also star in Martin Scorsese’s “Killers of the Flower Moon,” which was originally scheduled for a 2022 release but has been pushed back to 2023.

In a 2018 interview with GQ, Fraser reflected on why his movie career got derailed for some time. Fraser made a name for himself in action flicks like “The Mummy” and “George of the Jungle,” but he told the outlet that all the stunts took a huge toll on his body. “I believe I probably was trying too hard, in a way that’s destructive,” he told GQ. He had to have many surgeries, including a partial knee replacement and multiple back surgeries. His injuries were part of the reason why he took a step back from the Hollywood spotlight.

Read on for everything we know about “The Whale” so far and to watch the trailer.

“The Whale” will be released in theaters Dec. 9.