Recently, TWICE recorded 10,010,778 cumulative album sales in Korea with the 19 albums they’ve released so far. This includes every Korean release by TWICE, starting with their debut album “The Story Begins” from October 2015 up to Nayeon’s recent solo mini album “IM NAYEON” and the group’s latest 11th mini album “BETWEEN 1&2.”

This past August, TWICE achieved numerous career-highs with “BETWEEN 1&2.” The album broke their previous first-week sales record by over 60 percent with more than 530,000 copies sold, and has now surpassed 1 million sales. Early this month, the music video for TWICE’s “BETWEEN 1&2” title track “Talk That Talk” became their 21st MV to surpass 100 million views, extending their record as the girl group with the most MVs to reach this view count.

Earlier this week, TWICE added another video to this collection: their choreography video for “The Feels.” This dance video was released on October 3, 2021 and surpassed the 100 million view mark on November 23 at around 4:05 p.m. KST. After “CRY FOR ME,” “The Feels” is now TWICE’s second dance video to reach this view count milestone. 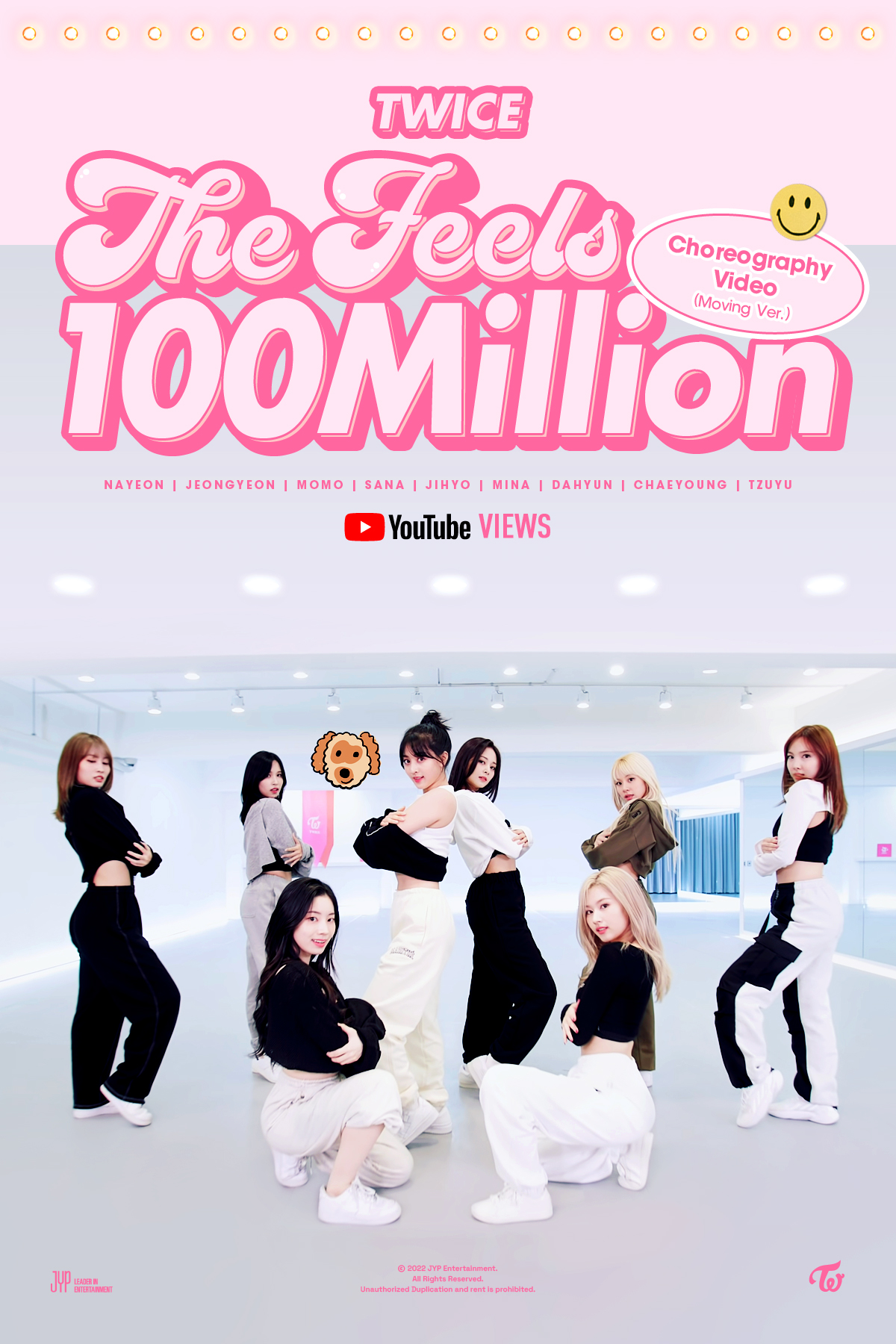 Months after its release, TWICE’s “BETWEEN 1&2” is also staying strong on Billboard’s World Albums Chart, coming in at No. 8 this past week in its 12th consecutive week.

Watch: BTS’s RM And Jang Hang Joon Debate With Professionals About What It Means To Be Human In New Variety Show Teaser

Watch: BTS’s RM And Jang Hang Joon Debate With Professionals About What It Means To Be Human In New Variety Show Teaser