On March 10, VERIVERY officially announced that they would be making their return later this month. The group will be releasing the next installment in their “SERIES O,” entitled “ROUND 0: WHO,” on March 23 at 6 p.m. KST.

VERIVERY also unveiled a creative first teaser for the comeback that is designed to look like a bulletin board flyer. 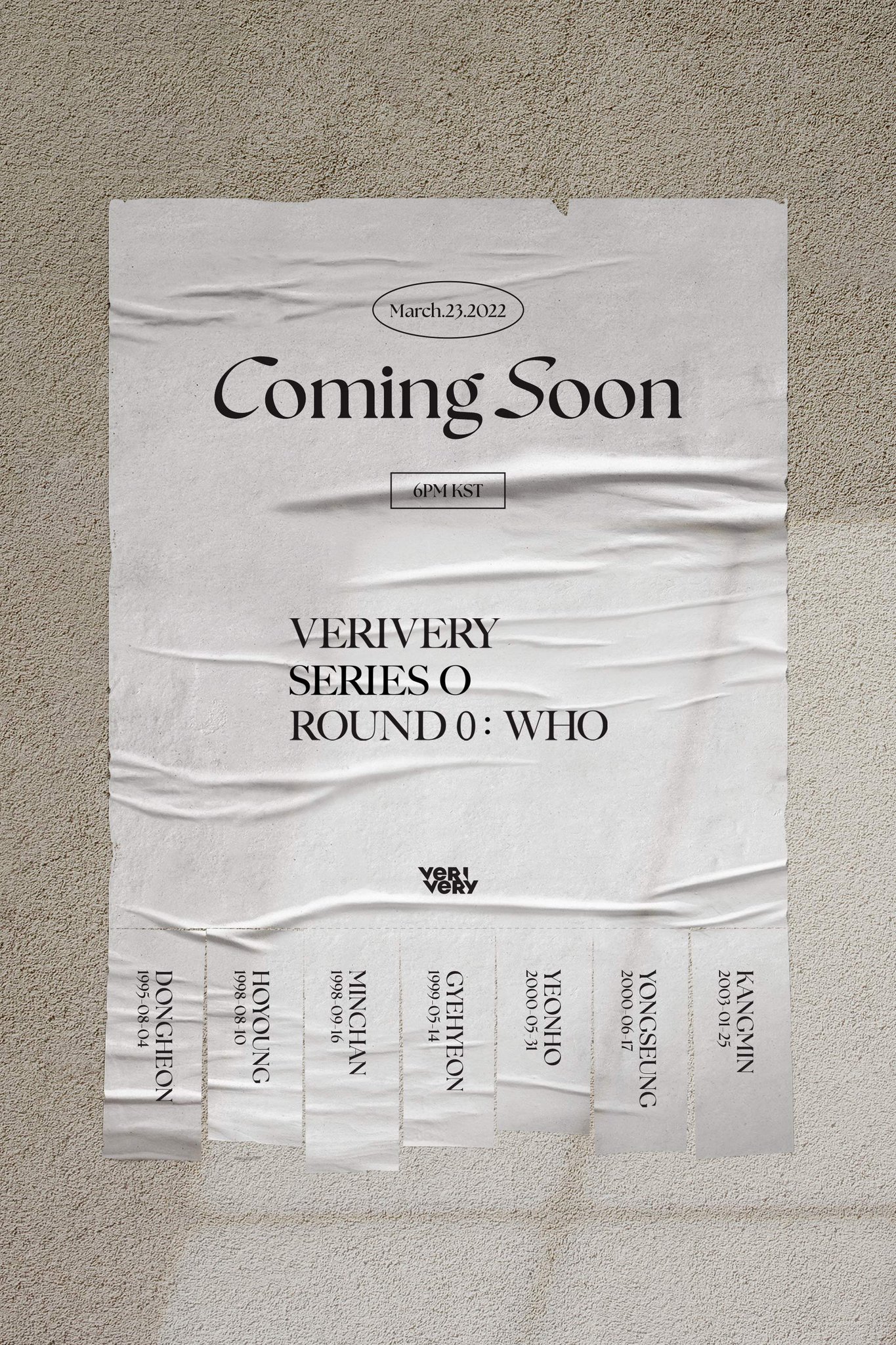 VERIVERY’s last comeback was exactly six months ago, when the group released their latest mini album and its title track “TRIGGER.”

Are you excited to see what VERIVERY has in store for this comeback? Stay tuned for more teasers!