“You, Whom I Met By Chance” (literal translation) tells the mysterious story that unfolds when a man, who is traveling to the past to find the truth behind a series of murders, meets a woman who is traveling through time to prevent her parents’ wedding. In the midst of their strange and beautiful journey through time, the two get stuck in the year 1987.

Back in April, the star-studded cast of “You, Whom I Met By Chance” gathered for the drama’s first script reading where they all let out their radiant and colorful charms. The drama is directed by Kang Soo Yeon, written by Baek So Yeon, and the main cast includes Kim Dong Wook, Jin Ki Joo, Seo Ji Hye, and Lee Won Jung.

Kim Dong Wook stars as former news reporter and current news anchor Yoon Hae Joon, who has a level-headed and straightforward personality. Jin Ki Joo stars opposite as Baek Yoon Young, a typical modern-day office worker who fulfills her duties at the expense of her soul. At the reading, both stars led the set atmosphere with their serious acting and witty banter. 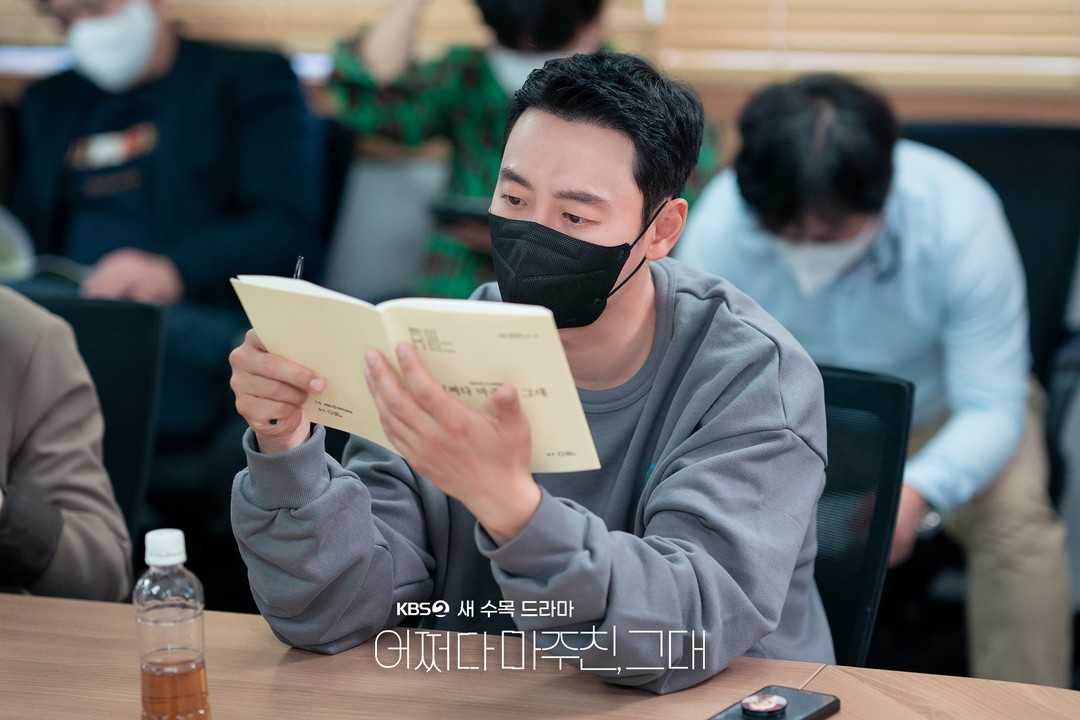 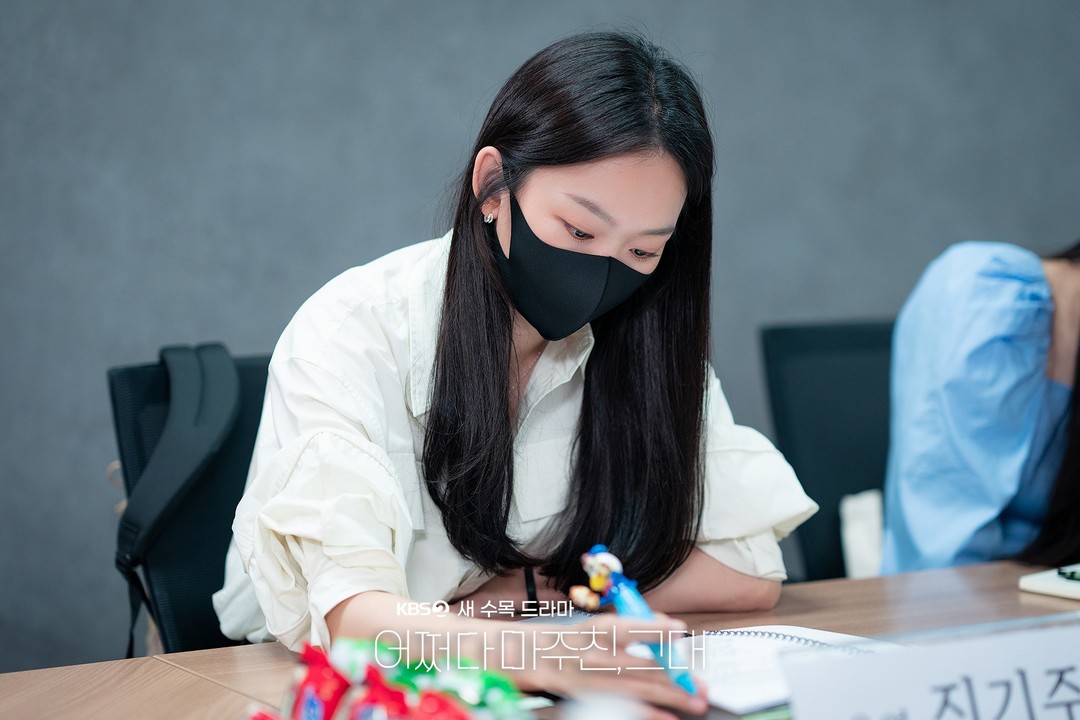 In the script reading video, Kim Dong Wook introduces his character saying, “By chance, he gets a time machine and gets tangled in an incident during his time travel. He’s someone who fights in order to investigate the facts of this case.”

Regarding her character Baek Yoon Young, Jin Ji Koo shares, “Yoon Young suddenly loses her mother. Without any preparation, she ends up in the 1987 that same day. But there, she gets to meet her mother who is now alive. There’s something she must do for her mother so she decides to stay in 1987 and lives while disguising herself as a high school senior.”

She excitedly comments on Kim Dong Wook, “I’m supposed to become Yoon Young but [our chemistry] is so fun, to the point where I keep ending up watching his acting as a viewer. That’s why I’m both anticipating and nervous for the moments I will act with him on set in the future and I’ve started thinking that I need to work harder.” 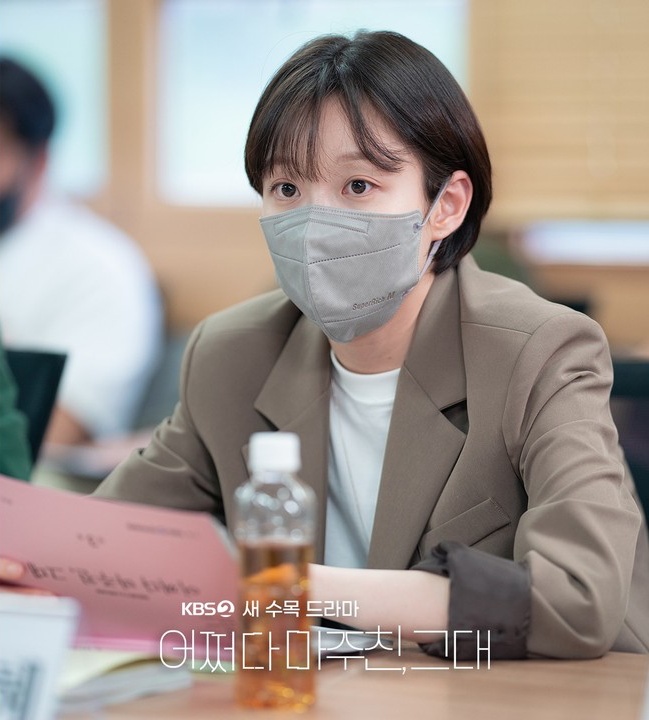 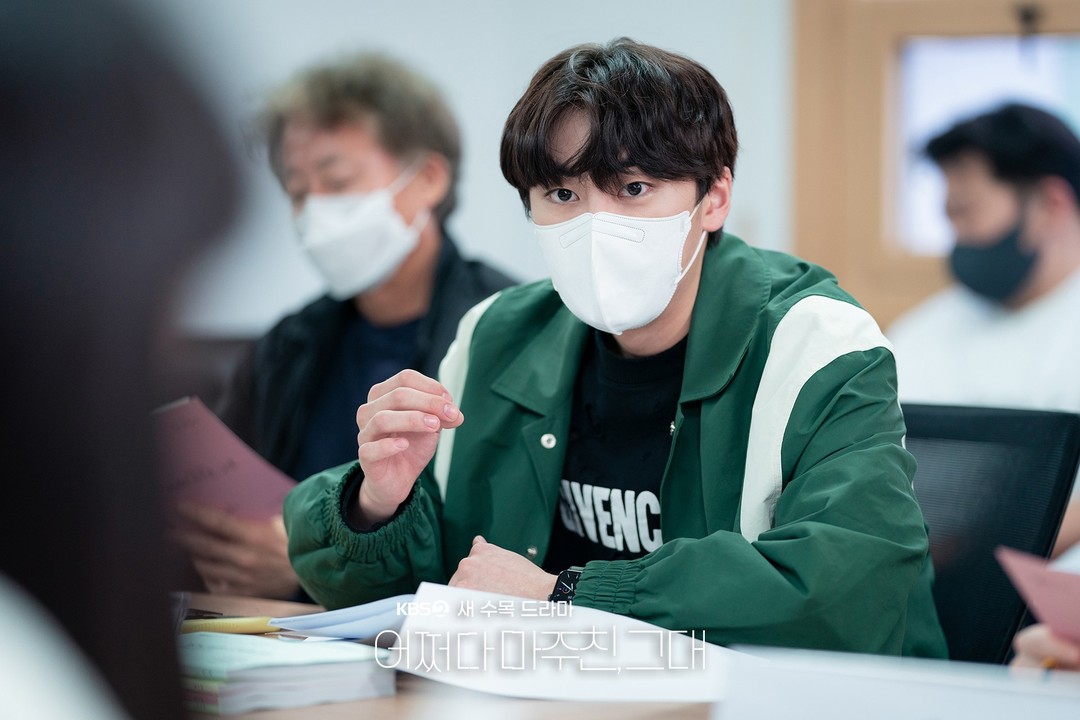 The producers commented, “As the script reading was the first meeting between the cast and staff members, despite the awkward setting, [the reading] proceeded within a natural atmosphere. In particular, even while the actors shared comfortable conversation, once the script reading began, they transformed in an instant. Thanks to the fact that they led with such immersion, we don’t even know how time flew by.” 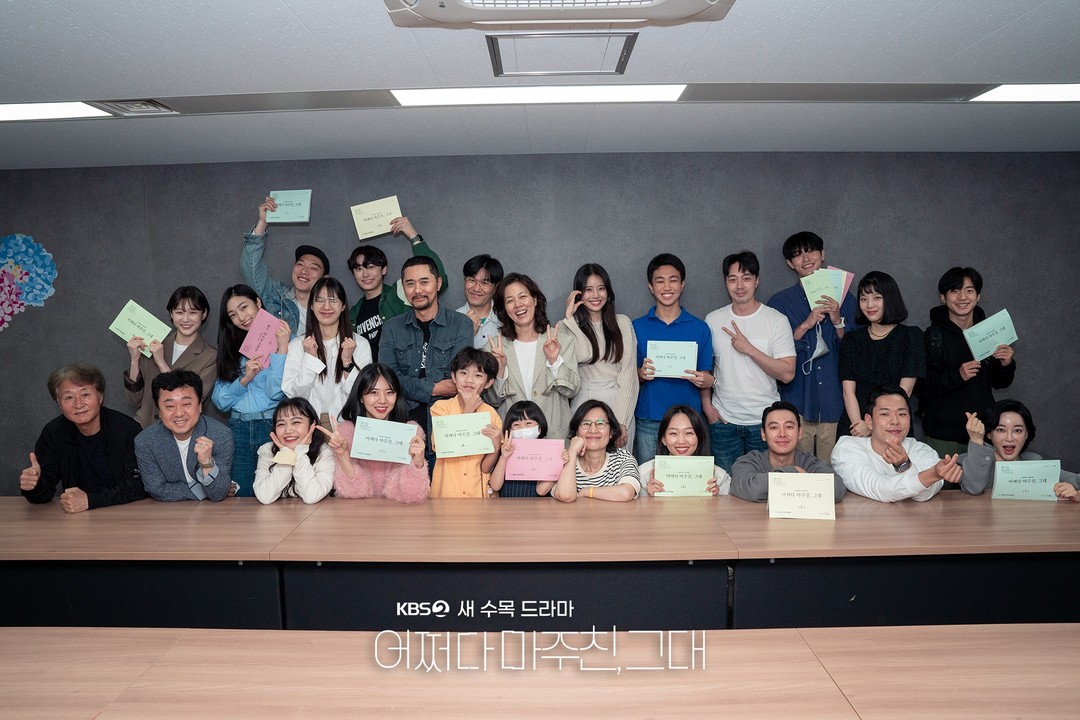 Watch the script reading video below!

Until then, watch Jin Ki Joo in “Come and Hug Me” here!

Stray Kids’ Lee Know To Sit Out Today’s “Music Core” After He, Han, And Seungmin Test Positive For COVID-19

BTOB’s Yook Sungjae Is Unrecognizable When He Returns From The U.S. In “The Golden Spoon”

Stray Kids’ Lee Know To Sit Out Today’s “Music Core” After He, Han, And Seungmin Test Positive For COVID-19

BTOB’s Yook Sungjae Is Unrecognizable When He Returns From The U.S. In “The Golden Spoon”