Kim Yoo Jung depicts the beauty and the pain of first loves in a cute new trailer for “20th Century Girl”!

Netflix’s upcoming original romance film “20th Century Girl” is about the painful yet heart-fluttering first love of the 17-year-old Na Bo Ra of 1999, to whom friendship came before love, and the reappearance of her first love in the 21st century. On one random winter day, Na Bo Ra comes across a video tape filled with her memories from 1999, when she became cupid to help her best friend Yeon Doo find success with her first love. The film stars Kim Yoo Jung, Noh Yoon Seo, Byun Woo Seok, and Park Jung Woo.

In the new teaser poster, Na Bo Ra (Kim Yoo Jung) focuses on what’s ahead while holding up her camcorder. While keeping tabs on her best friend’s crush, Na Bo Ra ends up falling in love herself, leaving viewers curious about who she’s filming now and who she’s looking at so intensely. The poster states, “Everything we wanted to know about first loves.” 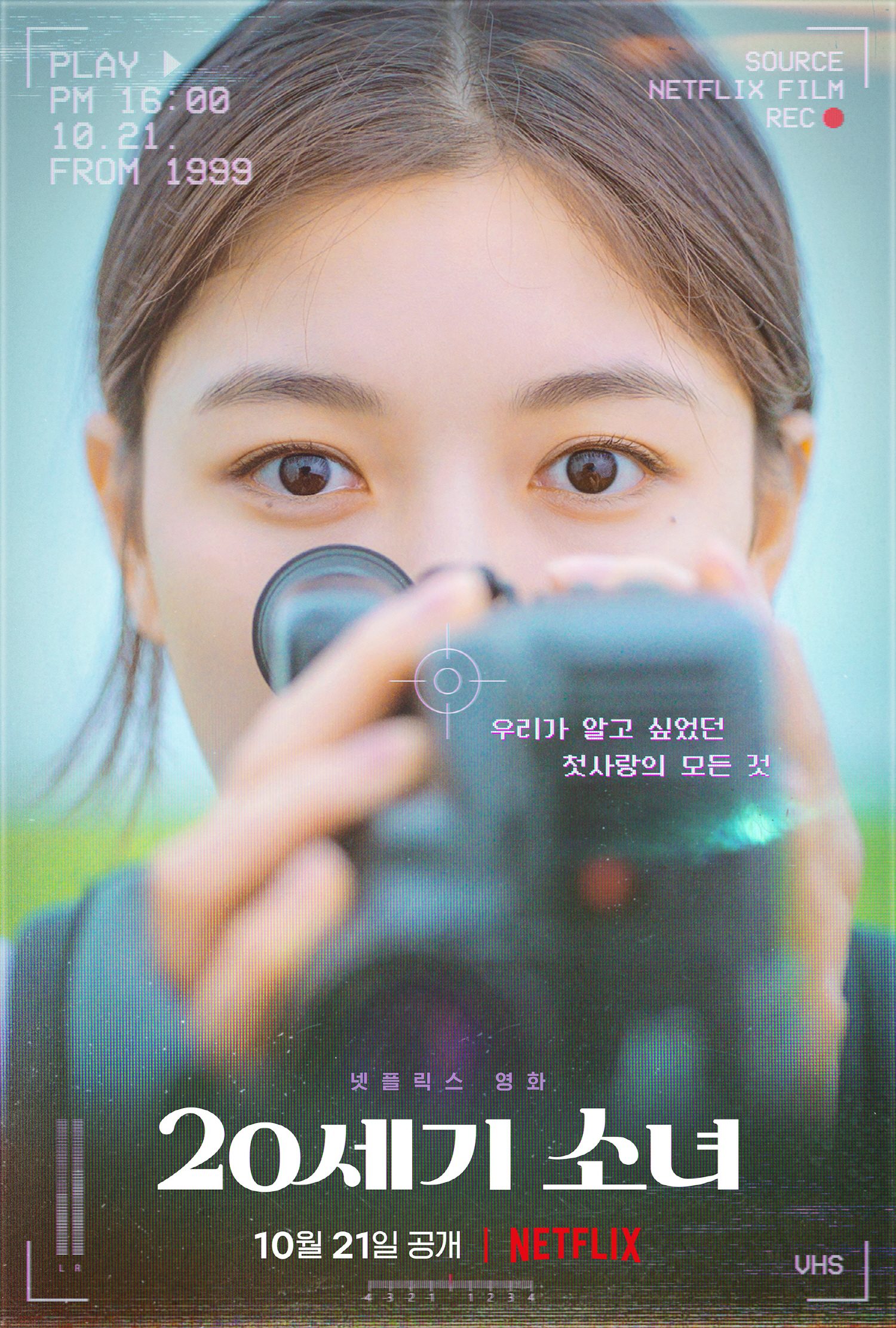 The teaser clip starts off with old tapes showing Na Bo Ra’s memories from 1999. When her best friend Yeon Doo (Noh Yoon Seo) shyly tells her “my heart…has been stolen,” 17-year-old Na Bo Ra lets out a big sigh. After falling in love at first sight, Yeon Doo only knows that her crush’s name is Baek Hyun Jin (Park Jung Woo). Despite this lack of information, Na Bo Ra is determined to make sure her friend’s first love works out and promises to find out absolutely everything about Baek Hyun Jin.

Na Bo Ra collects a chunk of information Yeon Doo wants to know about her crush and sets off to observe Baek Hyun Jin to fill in the blanks. Through Baek Hyun Jin’s closest friend Poong Woon Ho (Byun Woo Seok), Na Bo Ra learns of his height, interests, and more, and naturally becomes close with the two friends.

As Na Bo Ra continues to spend more time with both guys, she starts to develop feelings for Poong Woon Ho, which she shyly confesses in an email to Yeon Doo.

Check out the adorable trailer here!

“20th Century Girl” will touch viewers hearts as it captures memories of a 17-year-old’s first love, as well as Na Bo Ra’s reflection and perspective of the relationship once she becomes an adult. This will be director Bang Woo Ri’s first full-length commercial film after being recognized at the Blue Dragon Film Awards for the short film “Mrs. Young.”

The film will premiere around the world on October 21!

In the meantime, watch Kim Yoo Jung in the variety show “Young Actors’ Retreat” with subtitles below!