The making-of video for Episodes 13 and 14 of “The Law Cafe” has been released!

Based on the hit web novel of the same name, “The Law Cafe” is a KBS romantic comedy starring Lee Seung Gi as Kim Jung Ho, a genius former prosecutor-turned-libertine landlord, and Lee Se Young as Kim Yu Ri, the eccentric lawyer that becomes his new tenant when she opens a “law cafe” in his building.

First up is a scene that involves Lee Seung Gi, Lee So Young, and Kim Do Hoon attempting to pull off a heist to procure the master key from a building worker. This results in a couple improvisations by Kim Do Hoon, ending in a rather hilarious scene that leads him to get a piggyback ride from his co-star. 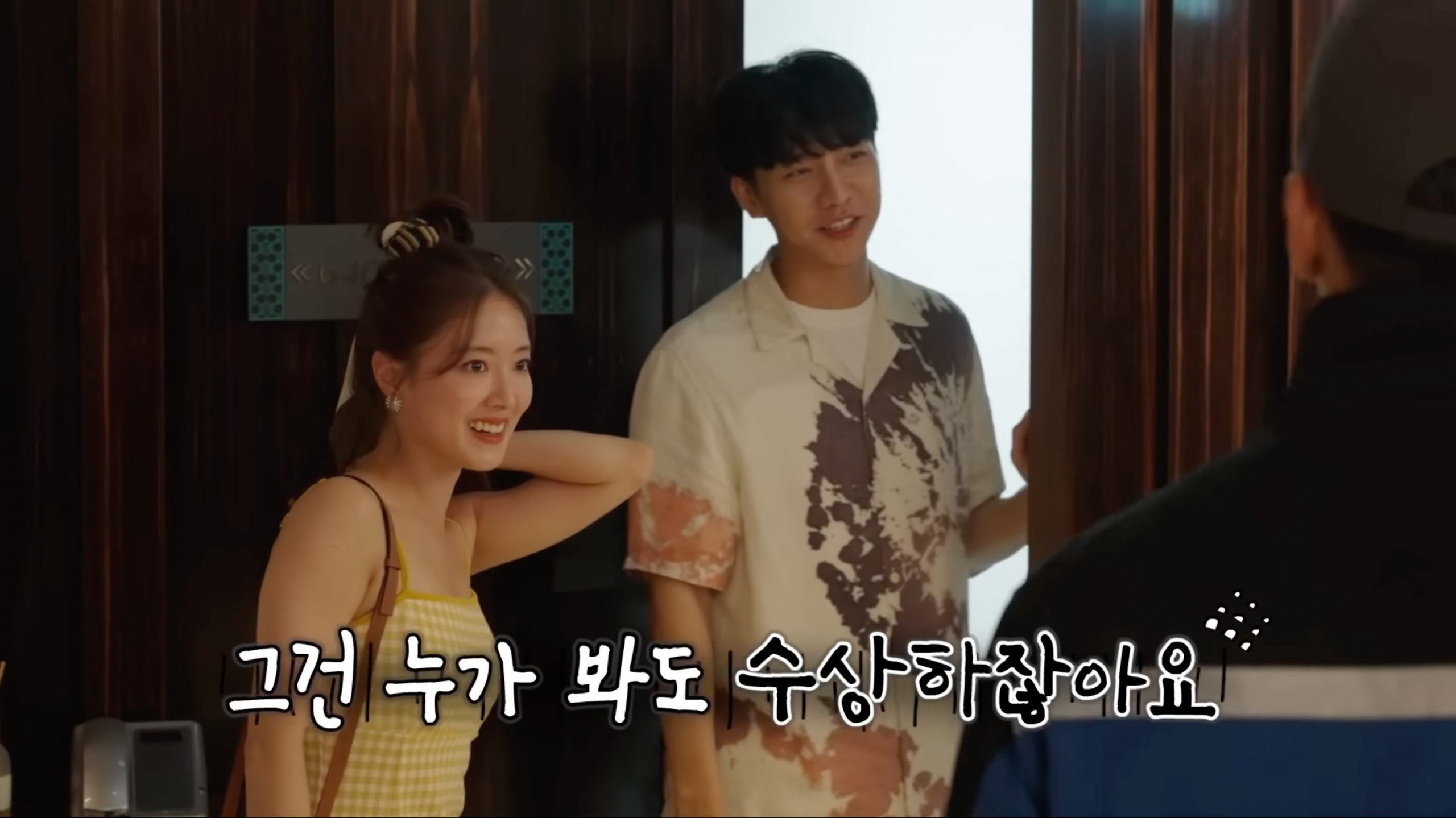 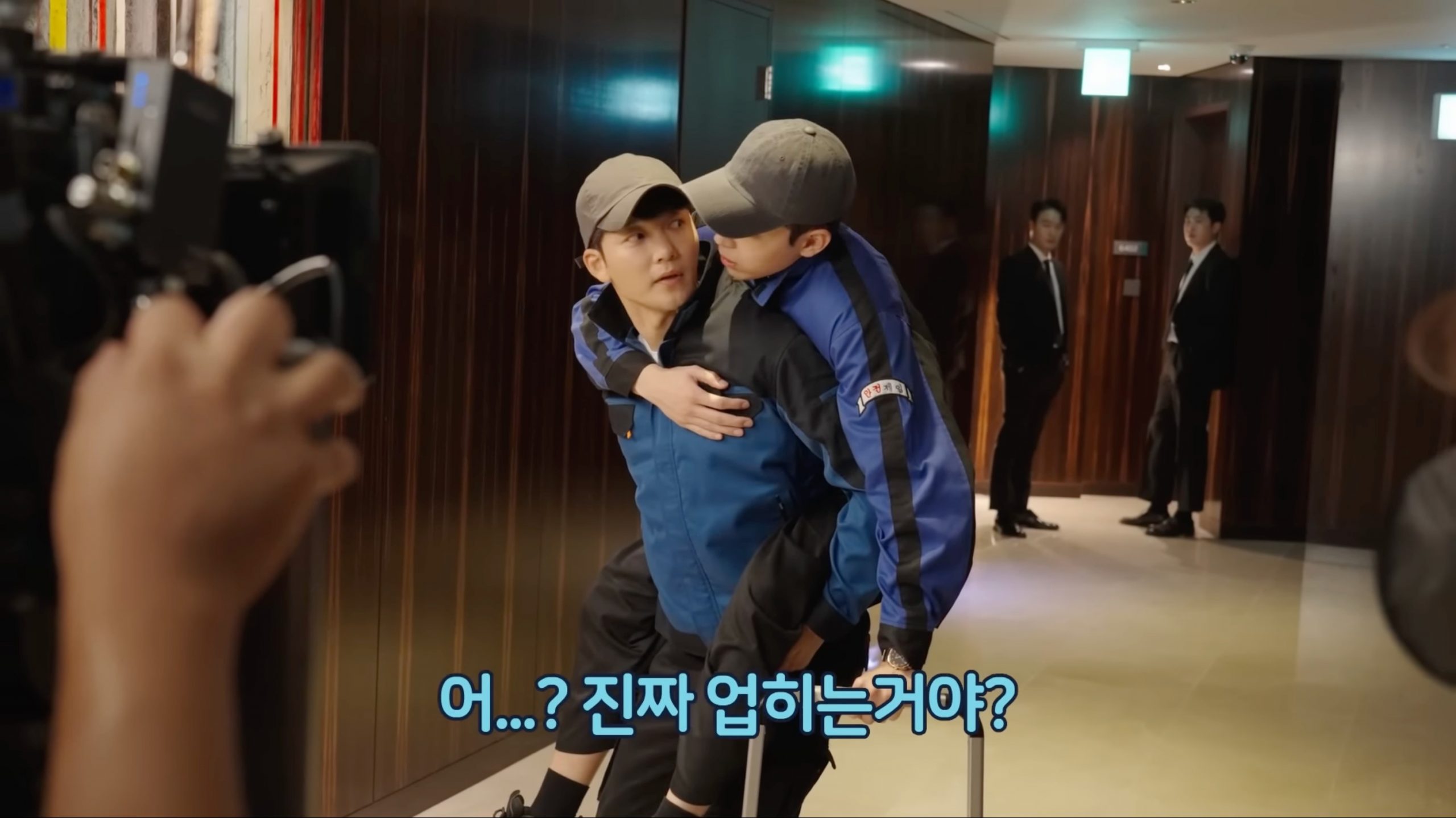 Kim Do Hoon then proceeds to get into a friendly argument with Ahn Dong Goo about who exactly did the most important work for their mission, saying, “I did the most dangerous and risky work!” but then conceding with a smile and giving Ahn Dong Goo the credit.

Then comes a very important proposal scene between Lee Seung Gi and Lee Se Young. The two go back and forth about how the scene should unfold, with Lee Se Young giving a very detailed frame-by-frame explanation of her character’s thought process. There are inevitably a few mishaps and outtakes, but the two ultimately end the filming perfectly. 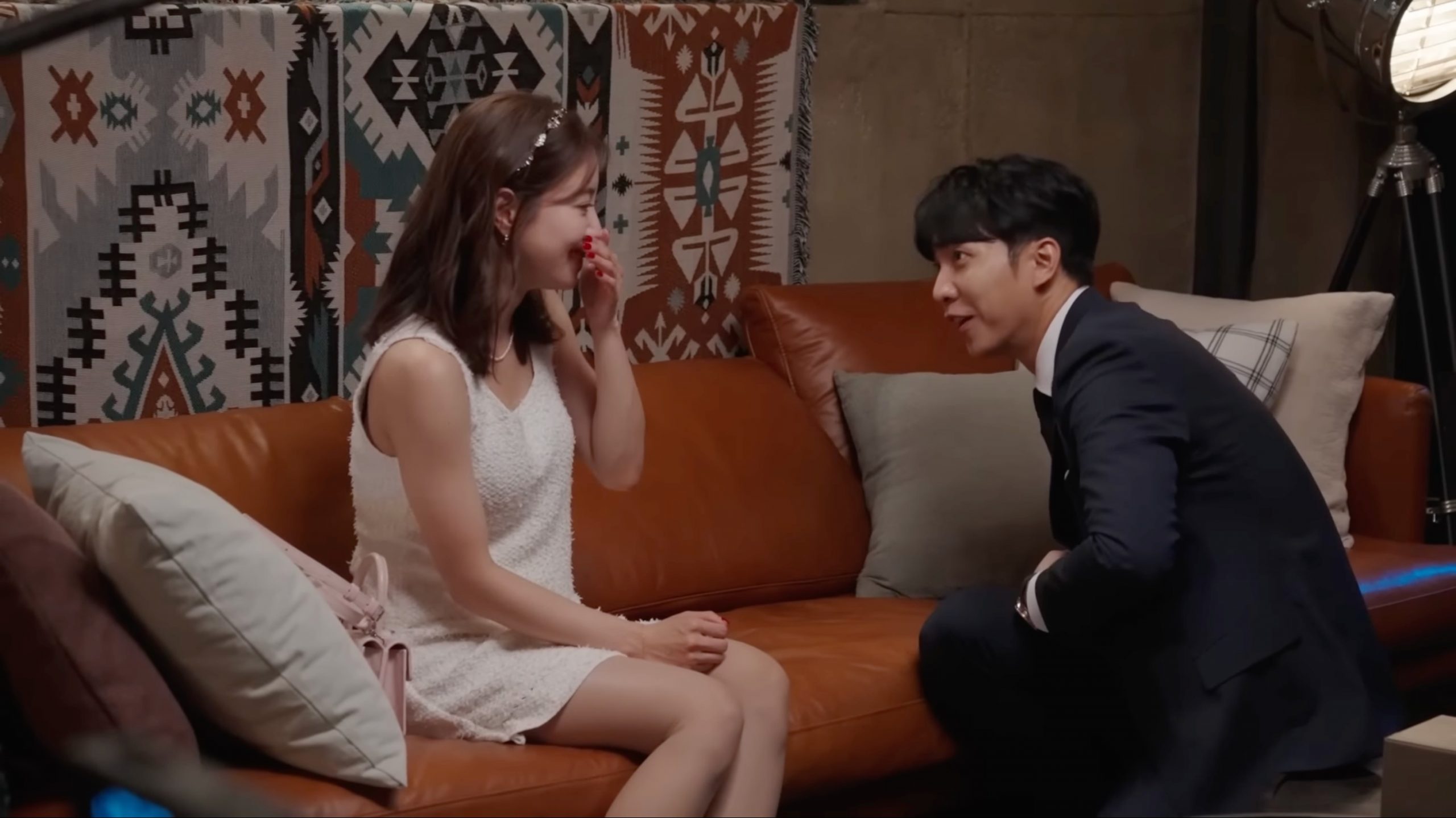