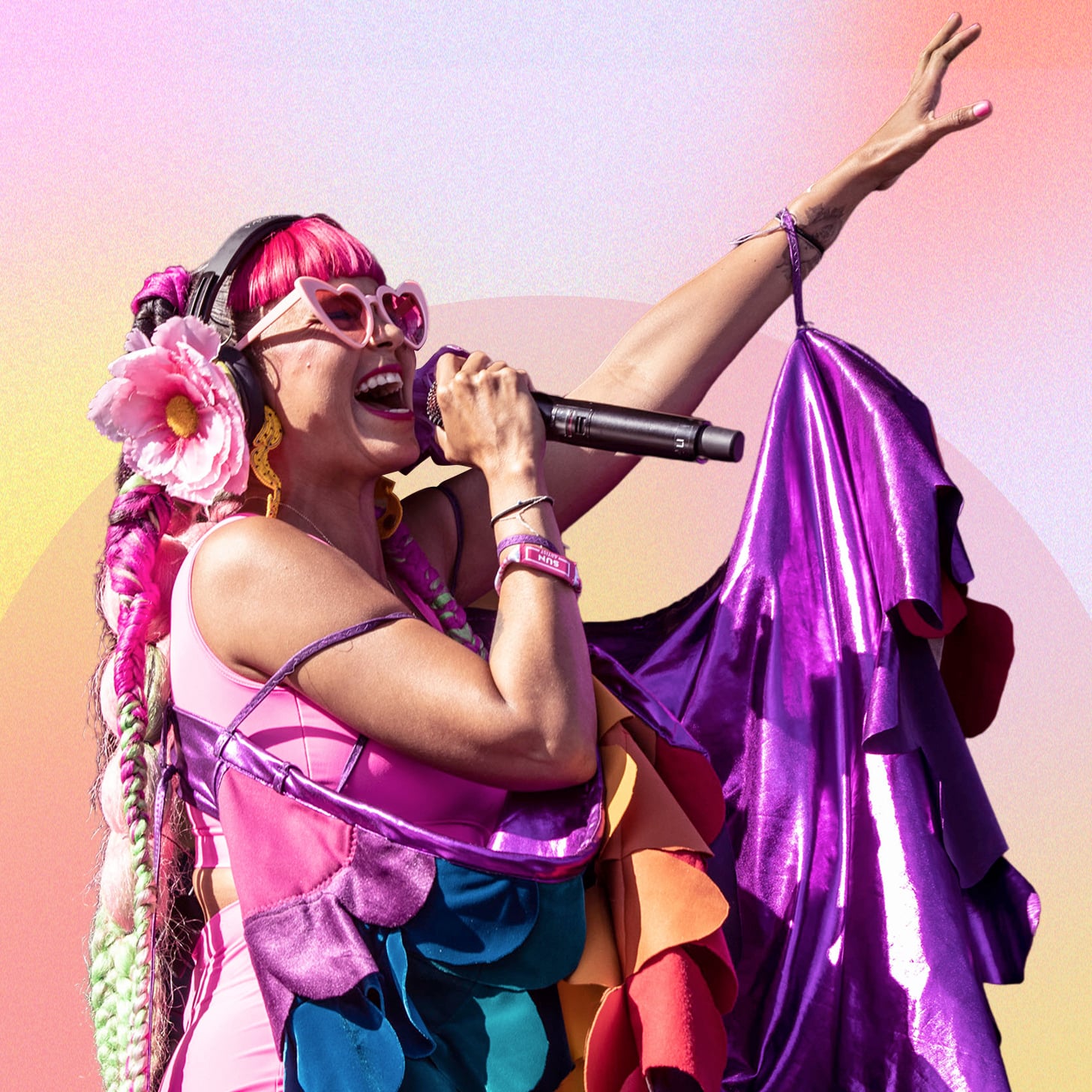 Bomba Estéreo has made an impact since catapulting onto the global music scene in 2015 with their album “Amanecer” and the hit single “Fiesta,” featuring Will Smith. While they’ve been nominated several times over the years for Grammys, Latin Grammys, and Billboard Music Awards, they have yet to take home a trophy. This year could be their year: Bomba Estéreo is up for four Latin Grammy nominations, including album of the year for “Deja” and record of the year for “Ojitos Lindos,” a collaboration with the biggest Latinx star today, Bad Bunny. They’re also nominated for a Latin Grammy in the category of best Latin rock, urban, or alternative album for “Deja.” Even more, they’ve solidified themselves as a force behind the scenes, garnering lead singer Liliana Saumet and multi-instrumentalist Simón Mejía with album of the year nominations for a second time: Saumet as a songwriter on Bad Bunny’s “Un Verano Sin Ti,” and Mejía as a producer on Fonseca’s “Viajante.”

It’s quite obvious that the band hailing from Colombia are onto something with their soul-rocking music and spirit-moving rhythms. This is why Bomba Estéreo is one of my favorite bands, and not just because I like their music. I can feel their music. This is especially true during their live performances. I’ve attended two Bomba Estéreo concerts, and at both shows, my soul journeyed. It went far beyond anything I could feel physically; this was deep. My spirit felt free, shining brightly in different colors and lights. And the coolest thing was, I knew that others around me were feeling it, too.

So, how can music, specifically at live performances, touch us so deeply on an emotional level where we can have profound spiritual experiences, both personally and collectively? “At the most basic level it relates to our understanding in [the] cognitive science of embodied perception,” says Dr. Alexander Khalil, an ethnomusicologist at the School of Film, Music, and Theatre at the University College Cork in Ireland. He explains that for a long time it was believed that signals came through our senses and went into our brain, which then processes the signal. For example, we see people dancing, the signal is sent through our eyes to our brains, and we acknowledge that it’s happening.

This made me think about a magical time when I was on a beach in Puerto Rico with my friend, Cindy. I shared the profound impact Bomba’s music has had in my life as we listened to “Somos Dos” from the”Amanecer” album. Seconds later, my friend looks up, and standing a few feet in front of us on that beach in Puerto Rico was none other than Liliana, Bomba’s lead singer! We both sat stunned for a moment before approaching her and explaining the connection. Her husband simply smiled and said, “The Universe is speaking.”

It most certainly was. Just like Bomba’s music speaks to my soul and I, thinking with my entire body, truly believed I manifested her presence on that beach on that magical day. “Everything is energy. Everything is vibration,” says Rose Peña, a sound healer based in Jersey City, NJ. “Sound in essence is the purest form of intelligence.” Pair that with the ambiance of a Bomba show, which absolutely attributed to the spiritual moments I experienced during their live performances. In October, at New York City’s Palladium Times Square, Bomba Estereo had an altar centerstage with prayer candles, crystals, and offerings. All the instruments were covered with flowers, and you could smell the faint scent of palo santo smoke in the air throughout the venue. These aspects set the mood, but it was the music that sparked the soul journey. At one point during the show, a friend turned to me and said, “I know what you mean now because I feel it, too.”

“If someone makes a very intense sound, it immediately maps onto your body, and you know exactly how it would feel to make that sound.”

“If someone makes a very intense sound, it immediately maps onto your body, and you know exactly how it would feel to make that sound,” Dr. Khalil explains about the collective experience. “So, you understand something about that person’s internal state without consciously thinking, ‘That person feels tense.’ You just feel it.” The same exists when someone is experiencing a spiritual moment as I did at Bomba’s live performances. “When people produce sounds that come from a different sort of state, like maybe a very meditative state, which often could be a long vocalization or something like that, you also feel how that feels and you understand it in an embodied way rather than understanding it with your mind like, ‘Oh, that person is having a spiritual experience,'” Dr. Khalil explains. “You actually feel it, and it’s reflected in you because our emotional states in this way are kind of contagious.”

The ingredients to Bomba’s secret sauce include the gaita flute, a tambor alegre, an electric guitar, a keyboard, and the magic mixture of Mejía instrumental skills with the hypnotic vocals of Saumet. It’s difficult to pigeonhole the eclectic band into one genre; they bring a symphony of sounds, including cumbia, reggaeton, electronica, hip-hop, dubstep, and more. The musical sancocho Bomba Estereo serves up is tasty for the soul, and the combination of sounds only adds to its sabor.

“Sound has a very powerful influence to change your state of being without you having to do anything but listen.”

“Sound has a very powerful influence to change your state of being without you having to do anything but listen,” Peña says. “Through your pores, your cells start to absorb that energy and therefore match the frequency of whatever you’re listening to.”

Like Bomba Estéreo’s music and live performances, Peña aims to raise the vibration in the people who attend her sound baths. “Sound works through your brain waves and can change the frequency you’re on,” she says. “As the facilitator of the sound, it’s all through intention. Where do we want to take you? Like when you went to the concert, there was intention behind it when she was wearing her outfit and she’s bringing in the spiritual side to it. There’s intention behind it, and that’s really where it all starts in order to bring the crowd to that deeper state.”

Peña says we’re mostly operating from the beta brainwaves, which is a state of go, go, go. But by bringing your state of being to theta waves, then the mind, which has a powerful effect on the body, it changes your vibration to a more open, receptive, calm state of being. “When that happens, your body relaxes, your cells relax, your nervous system relaxes and once that happens, you unify with that part of you that is nonphysical,” she says. “As people begin relaxing, they’re releasing resistance, releasing blockages, and opening up.”

So, the next time you’re at a live performance of your favorite band or simply having a party in your kitchen, let go, let the rhythms and sounds take you to new heights, and dance like no one is watching! It’s healing for the soul.

“You heal at a cellular, spiritual, and emotional level,” Peña says. “When you unify with that part of you that’s infinite, that’s where the magic happens.”

How Accurate Is Monster: The Jeffrey Dahmer Story?

How Accurate Is Monster: The Jeffrey Dahmer Story?