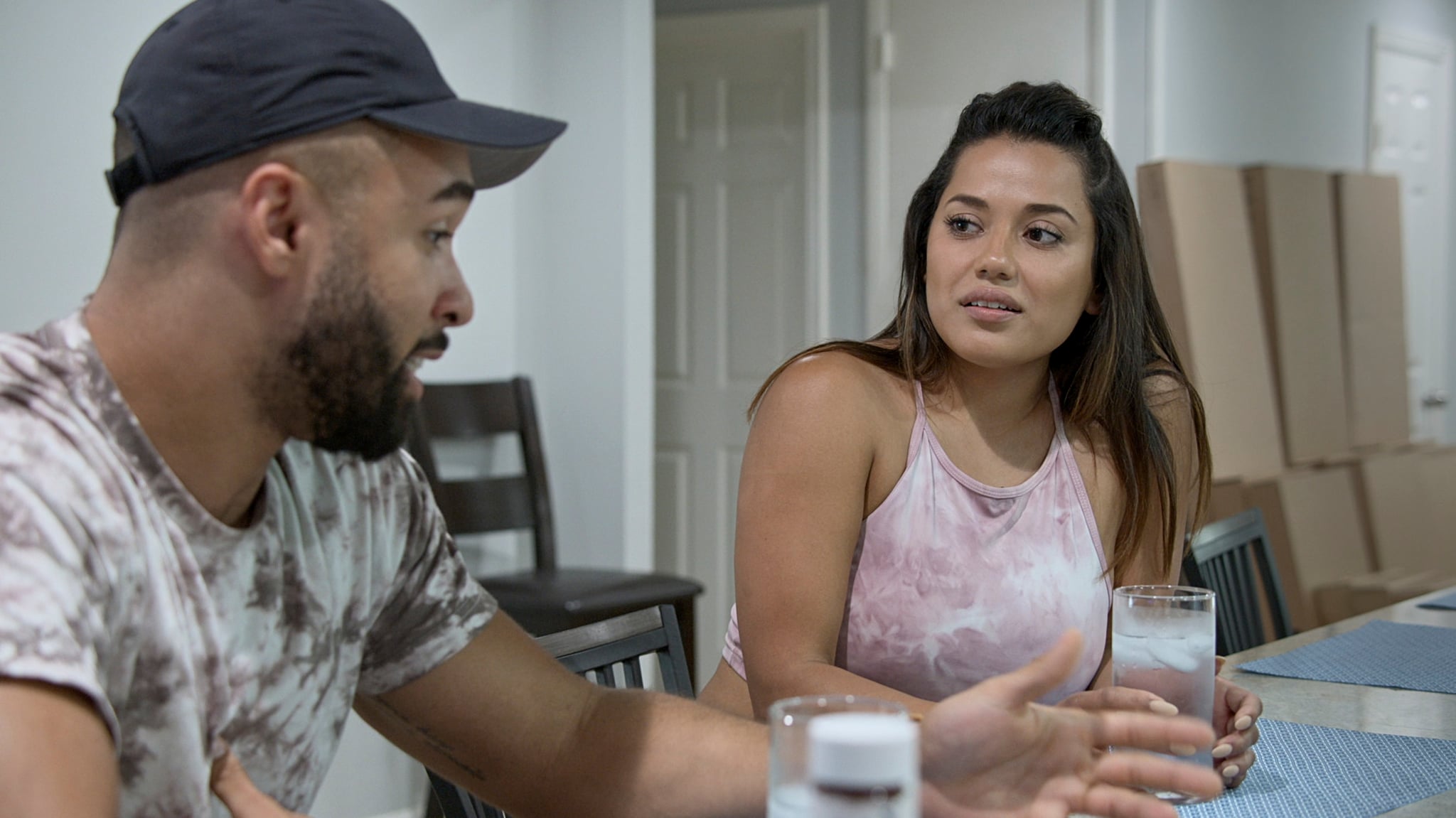 Ever since the Supreme Court overturned Roe, abortion access is on everyone’s mind. This is especially true for Latinx voters, who indicated abortion was a top five concern for them for the first time ever, and people living in California, Kentucky, Michigan, Montana, and Vermont, who all voted on abortion rights in the most recent midterms.

But with all the conversations stirring on abortion access and reproductive rights in general — both online, in person, and on the ballot — why is it that we’re not seeing more of these conversations surface on reality TV shows? Especially ones that involve falling in love.

In the most recent season of “Love Is Blind,” as participants were dating in the pods, there was little to no mention of hot-button topics that many people would consider dealbreakers.

Though she had deep conversations with her ex-fiancé, Bartise Bowden, in the pods because she could “really envision him as her fiancé,” she kept the conversation fairly light with other suitors, especially when in came to topics like politics and abortion.

“I just knew that in that moment, someone who would receive that information on the other end of the pod would have to be someone that I actually took seriously. I didn’t want to just throw this information out on anyone that I was just dating through the process. I wanted it to actually mean something to the person that I was dating on the other side,” she told POPSUGAR.

It wasn’t until episode six, after moving in together, that Bowden and Rodriguez had the abortion conversation. No other couple mentioned the topic.

In the episode, Rodriguez shared with Bowden that if she found out her child had birth defects and she could abort the pregnancy, she would “go that route” if she knew she could “try again and hope that the second time is better.” Bowden, however, said he could “never do that” just because the child or his family would endure some challenges.

Rodriguez explained that this conversation happened naturally, as she and Bowden discussed family planning. For her, bringing up abortion wasn’t “a plan, it wasn’t an agenda, it was just part of an organic conversation that I was having with my fiancé.”

“Bringing up abortion wasn’t ‘a plan,’ it wasn’t an agenda, it was just part of an organic conversation that I was having with my fiancé.”

As it turns out, Bowden and Rodriguez had very different opinions on the issue. Bowden said that people could have “one pass” if they were young or couldn’t financially afford the pregnancy, and if a “traumatic event” like rape occurred, then an abortion would be justifiable. But Rodriguez made her stance very clear in stating that she thinks she has “no say in anyone’s body” and “If you need to have an abortion for whatever XYZ reason, have it.”

Despite the difference of opinion, Rodriguez told POPSUGAR that Bowden’s stance “wasn’t a dealbreaker.” But Bowden seemed to really struggle with her views on abortion. And unfortunately, the pair ultimately did not work out — Rodriguez said “I do” at the altar and Bowden said “I do not.”

As a viewer, seeing this conversation play out on TV felt refreshing — like a reflection of how many couples in the “real world” would navigate these issues. But it does beg a question: If “hot-button” topics like abortion were brought up sooner in the pods would it have impacted whether Bowden and Rodriguez agreed to the engagement?

This isn’t just an issue for “Love Is Blind” though. Currently on shows like “Bachelor in Paradise,” and “Love Island,” the contestants do not discuss their political affiliation or opinions on things like abortion access, LGBTQ+ rights, guns, etc. Who knows if it’s because these contestants don’t find these issues to be dealbreakers or if it’s because they’re avoiding bringing up the conversations all together.

But because the conversations around abortion are so topical and important right now — and for many, a dealbreaker — we can only hope that they become more common for reality TV couples looking to find true, compatible love. Plus, it wouldn’t hurt to continue normalizing discussions around abortion and family planning.

“I hope that us putting ourselves very vulnerably on worldwide television will inspire people to have these conversations because it’s reality. This is the definition of reality TV, it’s really happening in our world,” Rodriguez told POPSUGAR. “So I do hope that we can sprinkle some inspiration on relationships, especially in the future with other conversations.”