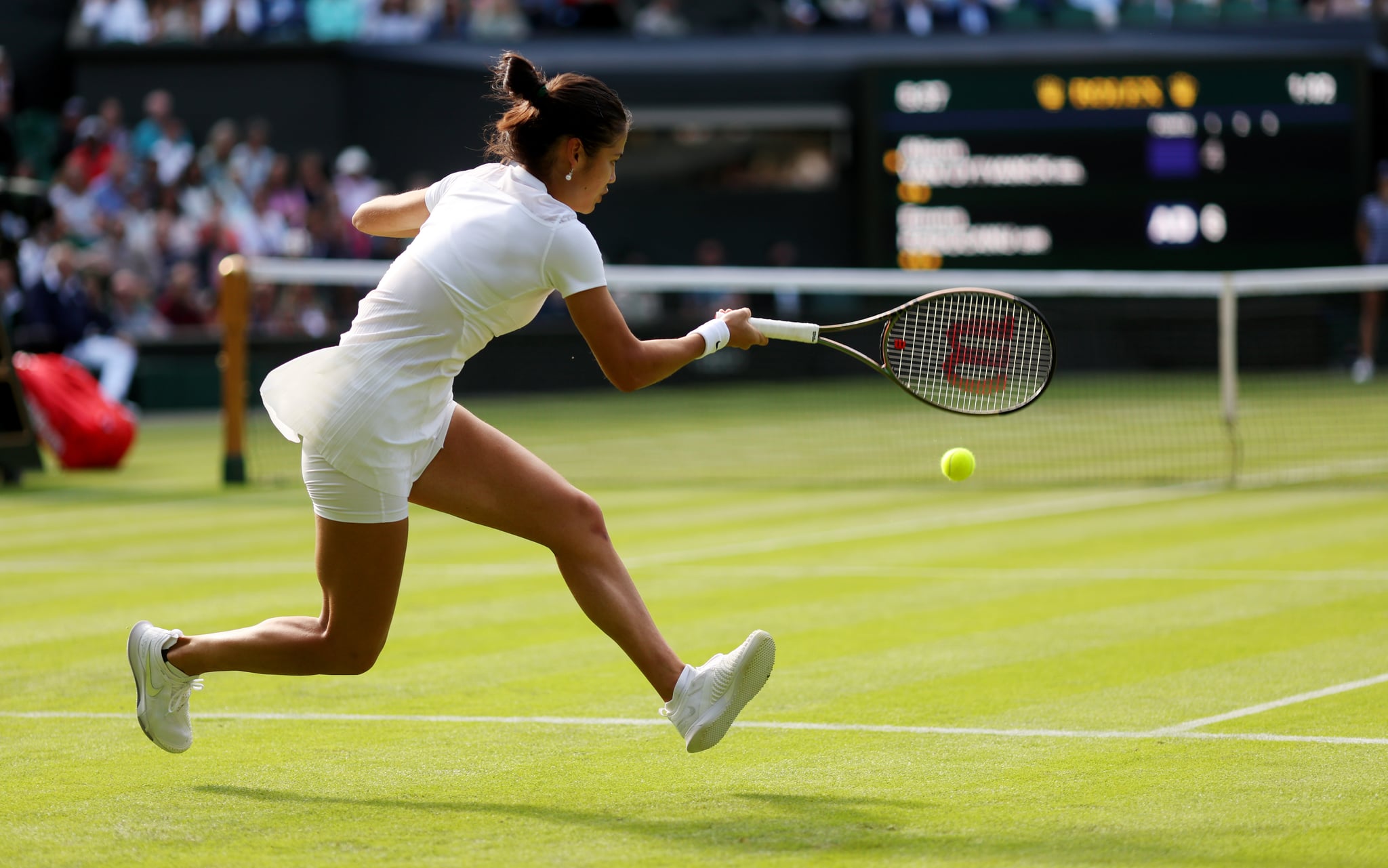 Athletes have made it clear they’re ready to update the age-old traditions of the Wimbledon Championships, particularly those that disproportionally affect women athletes, including the dress code. Wimbledon’s strict rule on an all-white dress code has been around since the Victorian era, but after former and current players this past summer spoke out about their period concerns, the white clothing rule has been updated.

In an effort to reduce anxiety during an athlete’s menstrual cycle, Wimbledon’s strict dress code — which dictates, for example, that “white does not include off white or cream” and “a single trim of colour around the neckline and around the cuff of the sleeves is acceptable but must be no wider than one centimetre” — will now allow female competitors to wear mid- to dark-colored undershorts, provided they’re no longer than the player’s shorts or skirt.

The organizers of Wimbledon said in a statement that the new rule follows discussions with the Women’s Tennis Association, clothing manufacturers, and medical teams about how to “best to support women and girls competing at The Championships.” Sally Bolton, chief executive of the All England Club (where Wimbledon is held), added, “It is our hope that this rule adjustment will help players focus purely on their performance by relieving a potential source of anxiety.”

Ironically, the all-white dress code was originally enforced because any sign of sweat was considered “rude or improper.” It’s hard to not roll your eyes at that thought when you consider the real fear players face of menstrual blood showing through their skort. “I cannot imagine going into the biggest day of my life, with my period, and being forced to wear white,” tennis broadcaster Catherine Whitake said in an interview with The Telegraph. Former tennis player and Olympic champion Monica Puig tweeted in response to the discourse, commenting on the stress of wearing white while playing in a tournament.

Definitely something that affects female athletes! Finally bringing it to everyone’s attention! Not to mention the mental stress of having to wear all white at Wimbledon and praying not to have your period during those two weeks. https://t.co/PzyHnPlSJk

Before it was updated, the dress code completely ignored the impact periods can have on athletes — though Wimbledon’s uniform isn’t the only thing that impacts women athletes disproportionally. Players can leave the court twice to go to the bathroom during a match (while doubles teams must share their allocated number of breaks). The limitation on bathroom breaks during Wimbledon further highlights how periods are not taken into consideration during the tournament. The lack of acknowledgment means athletes have to invent their own workarounds, like wearing additional pads or using larger-size tampons or birth control strategically just to take care of their reproductive health.

This past year, tennis player Qiwen Zheng opened up about how menstrual cramps affected her performance. After Zheng’s devastating loss to Iga Świątek in the French Open, she told reporters, “I cannot play my tennis, (my) stomach was too painful,” per CNN. “I wish I can be a man on court . . . so that I don’t have to suffer from . . . my stomach pain. I think I could enjoy more, like to run better and to hit harder,” she went on to say.

British tennis player Heather Watson tells BBC Sport that while she enjoys the traditional element of wearing white, planning her period around the tournament can be stressful and “annoying.” She says, “I’ll probably go on the pill just to skip my period for Wimbledon. That’s the thought process and conversations that girls have about it.”

Women athletes aren’t the only ones who find the dress code too strict. Tennis players Andre Agassi, Roger Federer, and Rafael Nadal have also expressed frustration by pushing the boundaries on what they wear — Agassi went so far as to boycott Wimbledon between 1988 and 1990 to make his stance clear. However, these players’ arguments were about freedom of stylistic expression, rather than health reasons.

Wimbledon’s response and changing of the dress code is just one step toward a more inclusive environment for professional tennis players.

Ashley Graham Shows Off Her Postpartum Belly on Instagram

The 22 Best Weighted Ab Exercises For a Stronger Core

Ashley Graham Shows Off Her Postpartum Belly on Instagram

The 22 Best Weighted Ab Exercises For a Stronger Core Brendan Fraser Starved Himself For George of the Jungle Jenna Ortega Had COVID During Dance Scene in Wednesday