The two actors star in the upcoming remake of “Ditto,” a story of love and friendship between two college students from different time periods who coincidentally begin to converse through walkie-talkies. Yeo Jin Goo plays Yong, a college senior living in 1999, while Cho Yi Hyun plays Moo Nee, a second-year college student living in 2022.

Cho Yi Hyun remarked while laughing, “Since [Yeo Jin Goo] has been promoting for a long time in dramas, films, and variety shows, he’s like a celebrity to me. I’ve watched all his projects enjoyably so it was lots of fun to get to film with such a great actor.”

Yeo Jin Goo quickly responded with a laugh, “Why does it sound like you’re making fun of me? Our age difference isn’t that big.” Cho Yi Hyun continued, “There’s a moment I still remember. When he was giving me his phone number, he asked, ‘You’re not putting me in your contacts as ‘senior,’ right?’ To be honest, I was writing ‘senior’ at that moment. I have a really shy personality but he approached me first, so I was able to comfortably approach him too.” 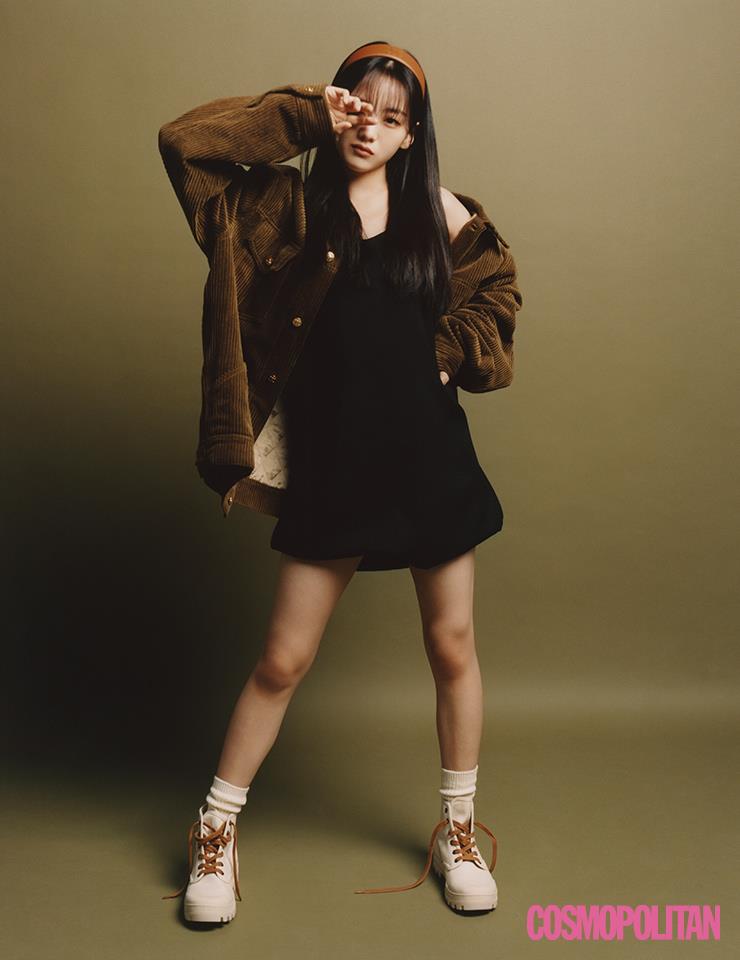 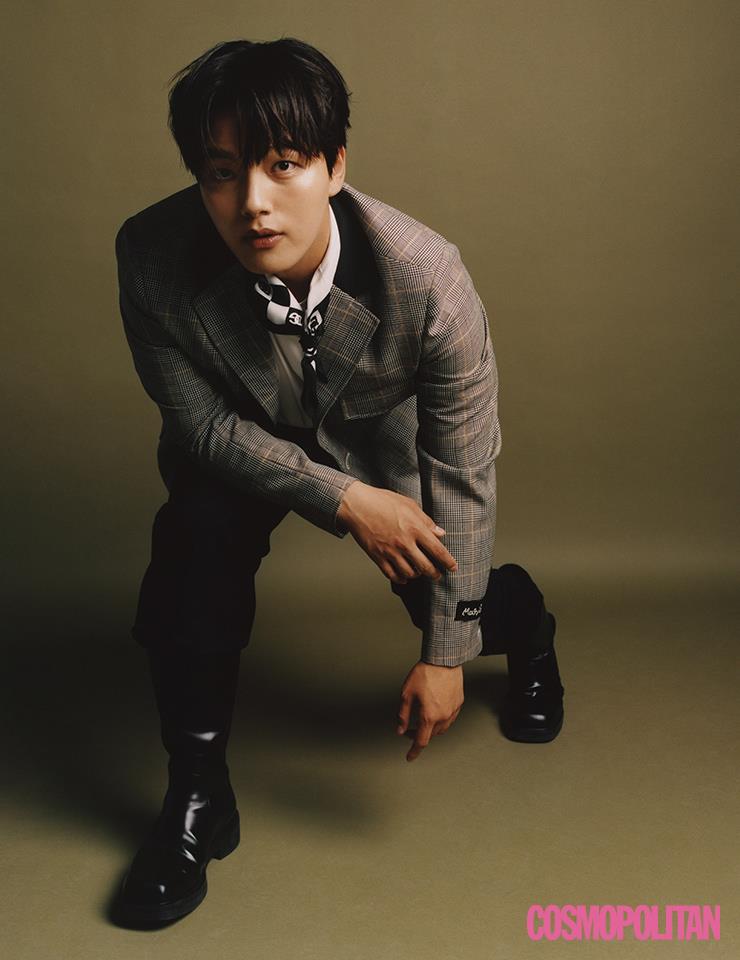 The original “Ditto” film starred Yoo Ji Tae and Kim Ha Neul as two teens living separately in 1979 and 2000. Recalling their first time reading the script, Yeo Jin Goo commented, “There was a time when I watched a lot of romance films from the 1990s. When I thought back [to that period] after receiving the script, it was one of the films I had watched. I thought, ‘I can’t believe I can do a project like this.’”

He added, “Since I could leave behind the image of a youthful student in his twenties, I really wanted to do it. I believe this will become a film that will elicit a variety of emotions for viewers. It will become a project that gives you room to reminisce on the past and reflect on the current moment.”

Cho Yi Hyun commented, “Like ‘All of Us Are Dead,’ I’ve mostly done more powerful characters so this is a gift-like project that came in just as I was wanting to do work where I could act comfortably. As I was reading the script, I liked the distinctively warm and emotional atmosphere so I said I’d do it without hesitation. Since the original is so popular, I also thought that I’d have to do well.” 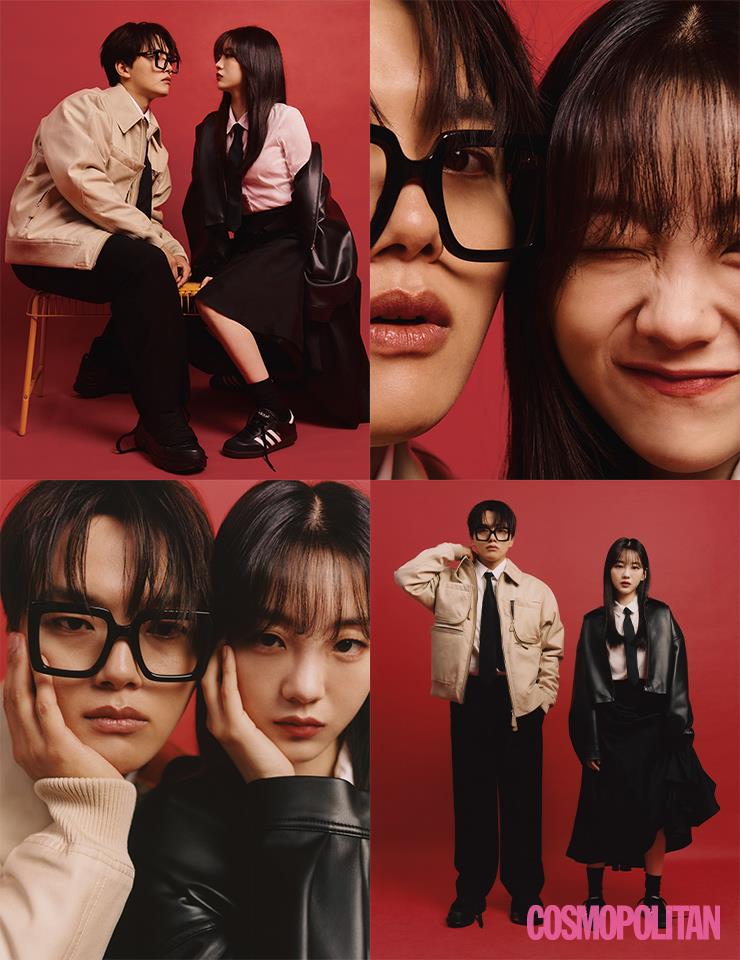 Despite living in different generations, Yeo Jin Goo and Cho Yi Hyun’s characters discover lots to talk about as they connect through walkie-talkies. Regarding what the characters chat about, Yeo Jin Goo shared, “They share the concerns of any other person in their twenties, about love, dreams, and their life paths. Rather than tell each other how to solve it, they both vent about their concerns and that in itself becomes a source of strength. And they believe that it’s a miracle to chat beyond generations. While acting, I often thought that it’d be nice to have this kind of relationship for myself too.”

Adding on, Cho Yi Hyun commented, “I think the reason they’re able to honestly share their worries is because they don’t know each other. You know when you can easily tell someone you don’t know about a concern that you can’t confess to someone you’re close with? Yong and Moo Nee maintain that kind of distance.”

Reflecting on how they vent in their own lives, Yeo Jin Goo explained with a laugh that sharing concerns is a give and take process. “If someone listens to my concerns, I also want to listen to their concerns. I think I’m someone who doesn’t feel pressured about listening to someone vent their worries. If you share concerns, it feels like you’re growing closer. It’s good to share things with each other.”

On the contrary, Cho Yi Hyun revealed that she was more of a listener. “I’m not sure whether it’s because I typically spend my time at home, but when people have concerns, they come to me,” she shared. “For my own concerns, I’m the type to just digest them on my own or leave them to pass. I just think, ‘time will solve it.’” 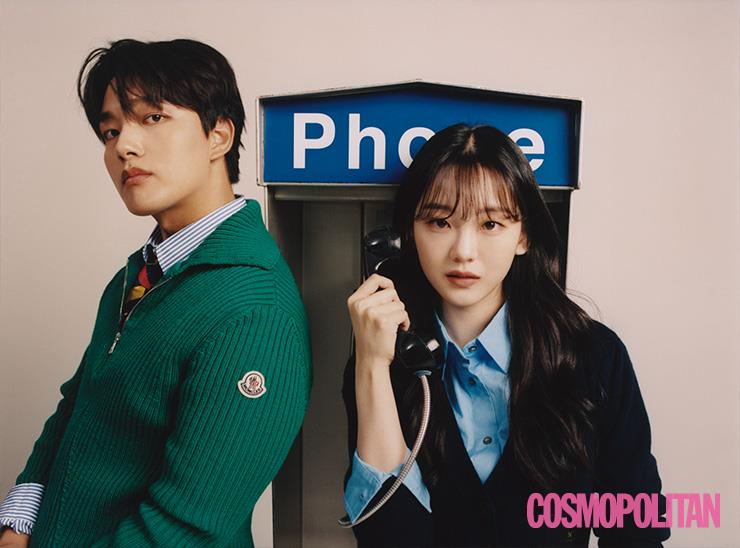 When asked what they learned about love through this film, Yeo Jin Goo answered, “While watching the way Yong loves, something in my heart was wriggling. It’s the same for me, but these days, I think people put more weight on reality than love. If you think about it, your twenties are the best age to go through fire and water to jump into love, so I think about whether it’s right to live on while busily focusing only on building a career.”

In agreement, Cho Yi Hyun shared, “What I felt while filming was that the love that I desire is being able to risk one’s life for the person you love.” She added with a laugh that while she longs to someday love like in the movies, her current self also puts work and friends ahead of love.

Both actors echoed each other’s thoughts about wanting to love and believing in fate, so they drew out the romanticizations they have about their future relationships. Yeo Jin Goo explained, “There’s an image I’ve dreamed of for a long time. After getting married, we live in a house with a yard. I’ve even tried planning our children. Son, daughter, daughter. Rather than my wife having a son and daughter, I think it’d be good to have two daughters.”

After Cho Yi Hyun agreed with that sentiment, he continued, “I think I’d be happy watching that image. And we’ll raise a big dog in the yard.” Laughing, he added, “I have this romanticization, but there’s a lot of things I have to do before that.”

Cho Yi Hyun commented, “Don’t a lot of married people say this? ‘I knew I’d marry this person.’ Rather than a wish regarding marriage, if I met someone [who made me think] like that, I feel like I’d be able to get married tomorrow.” Yeo Jin Goo excitedly responded, “I think this is truly romantic. Rather than deciding on marriage when the circumstances are right, the desire to get married when you meet someone who you’re sure of and makes you want to get married.” 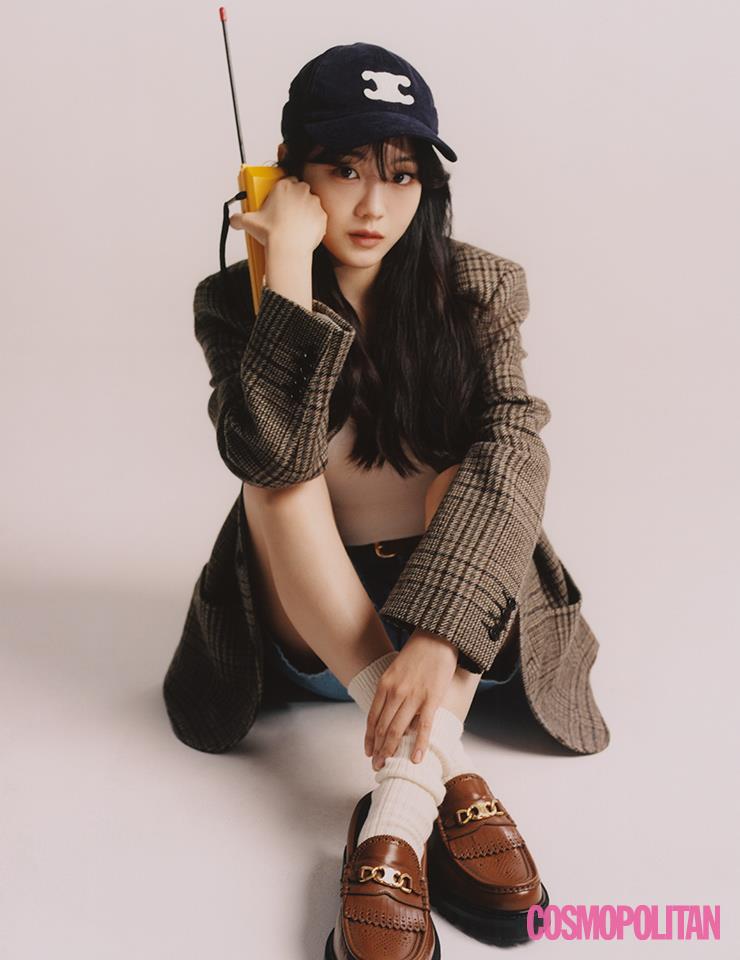 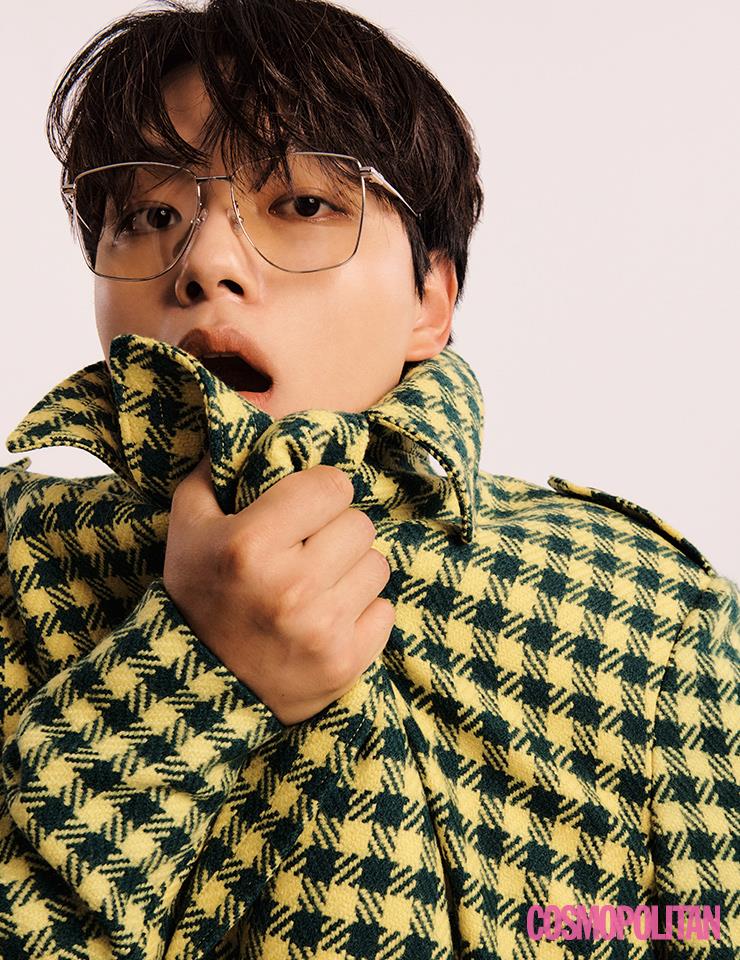 Finally, the actors talked about how they want to remember their current selves. Giving a simple answer, Cho Yi Hyun replied, “I really enjoy spending time at home. When I rest, I generally spend my time on my bed. When I look back later, I hope I don’t regret that I was laying down. Since I’ll need time to rest and take a break at home like I’m doing now, I hope I can say [to myself], ‘You were right back then!’”

Yeo Jin Goo shared, “I think it’d be good if I wasn’t able to remember the present moment. I don’t want to get too tangled or stuck in my twenties and my youth and instead want them to remain as regular days where I always tried my best. ‘What did I do when I was 26 years old? I think I lived diligently like I am now.’ I hope that’s how it’s remembered.”

Catch this duo’s full pictorial and interview in Cosmopolitan’s upcoming November issue! Yeo Jin Goo and Cho Yi Hyun’s new remake of “Ditto” will premiere on November 16 and you can watch the trailer here!

In the meantime, watch Yeo Jin Goo in “Absolute Boyfriend” with subtitles below: