Yoo Seon Ho will learn a shocking secret on the next episode of “The Queen’s Umbrella”!

“The Queen’s Umbrella” is a tvN historical drama starring Kim Hye Soo as queen Im Hwa Ryung, the wife of a great king and the long-suffering mother of five troublemaking sons. While Hwa Ryung does everything she can to make proper princes out of her sons so that one of them can become the next king of Joseon, she faces no end of competitors vying to snatch the throne.

Previously on “The Queen’s Umbrella,” a fierce battle for the throne began as the contest to become crown prince officially kicked off. For the second round of competition, the princes were tasked with finding a specific individual and bringing him back to the palace.

In newly released stills from the drama’s upcoming episode, Prince Gye Sung (played by Yoo Seon Ho) sets out to find the mysterious Seo Ham Deok, who has cast aside palace life in order to live quietly on his own. The prince’s search eventually takes him all the way to a temple, where he shows two child monks a portrait of Seo Ham Deok and asks them if they know anything about him. 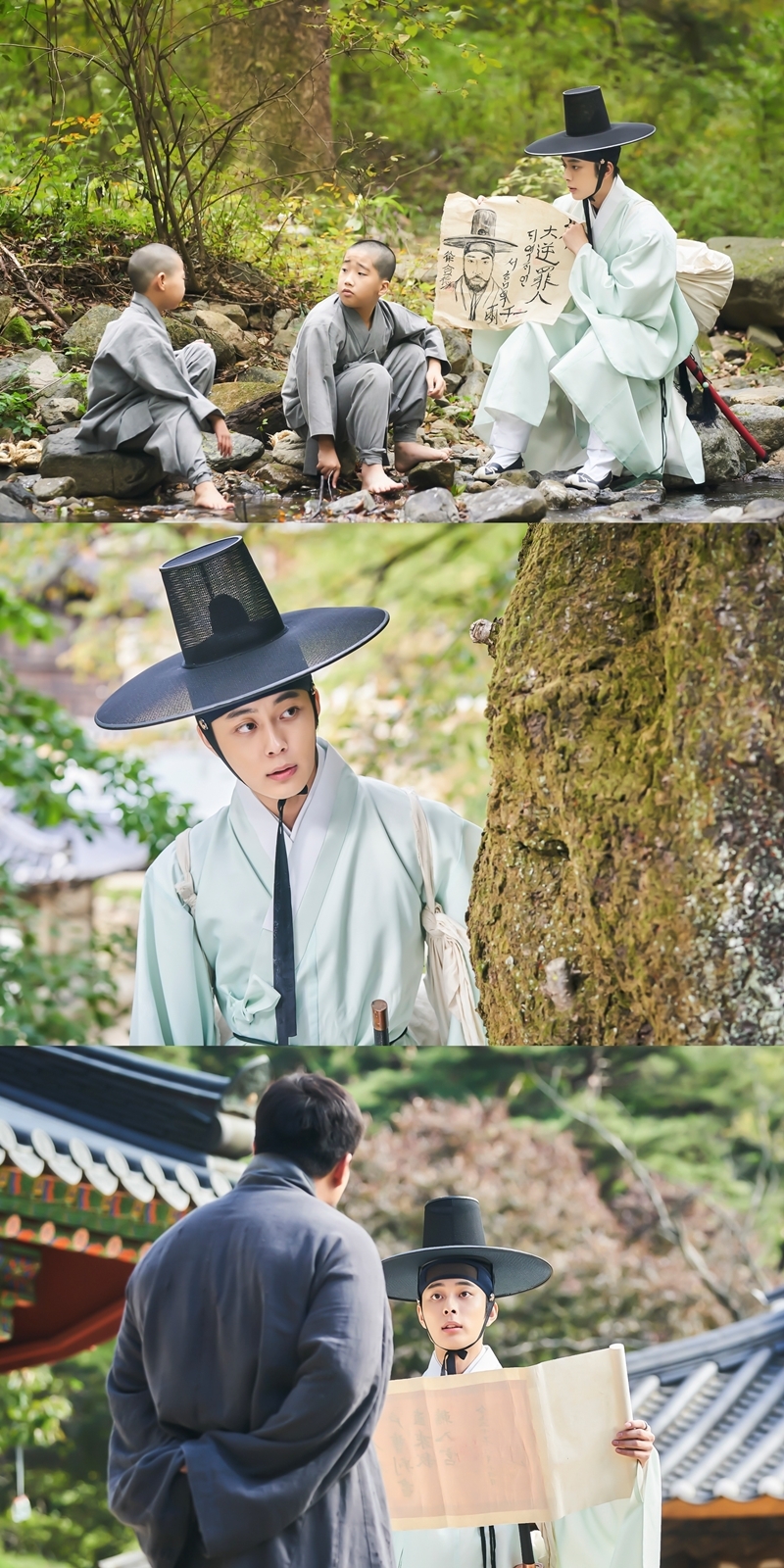 To find out what kind of consequences Gye Sung’s discovery will have, catch the next episode of “The Queen’s Umbrella” on November 12 at 9:10 p.m. KST!

In the meantime, watch Yoo Seon Ho in “The Great Shaman Ga Doo Shim” with subtitles below: