JTBC has shared a look at Yoo Yeon Seok, Moon Ga Young, and more at the first script reading for an upcoming romance drama!

JTBC’s upcoming romance drama “Understanding of Love” (literal title) is about four individuals with different interests who meet each other at the Yeongpo branch of KCU Bank and come to understand the true meaning of love.

The drama’s four lead stars Yoo Yeon Seok, Moon Ga Young, Geum Sae Rok, and Jung Ga Ram will draw out detailed portrayals of the relationships that arise from their characters’ various perspectives with regards to the emotion of love. 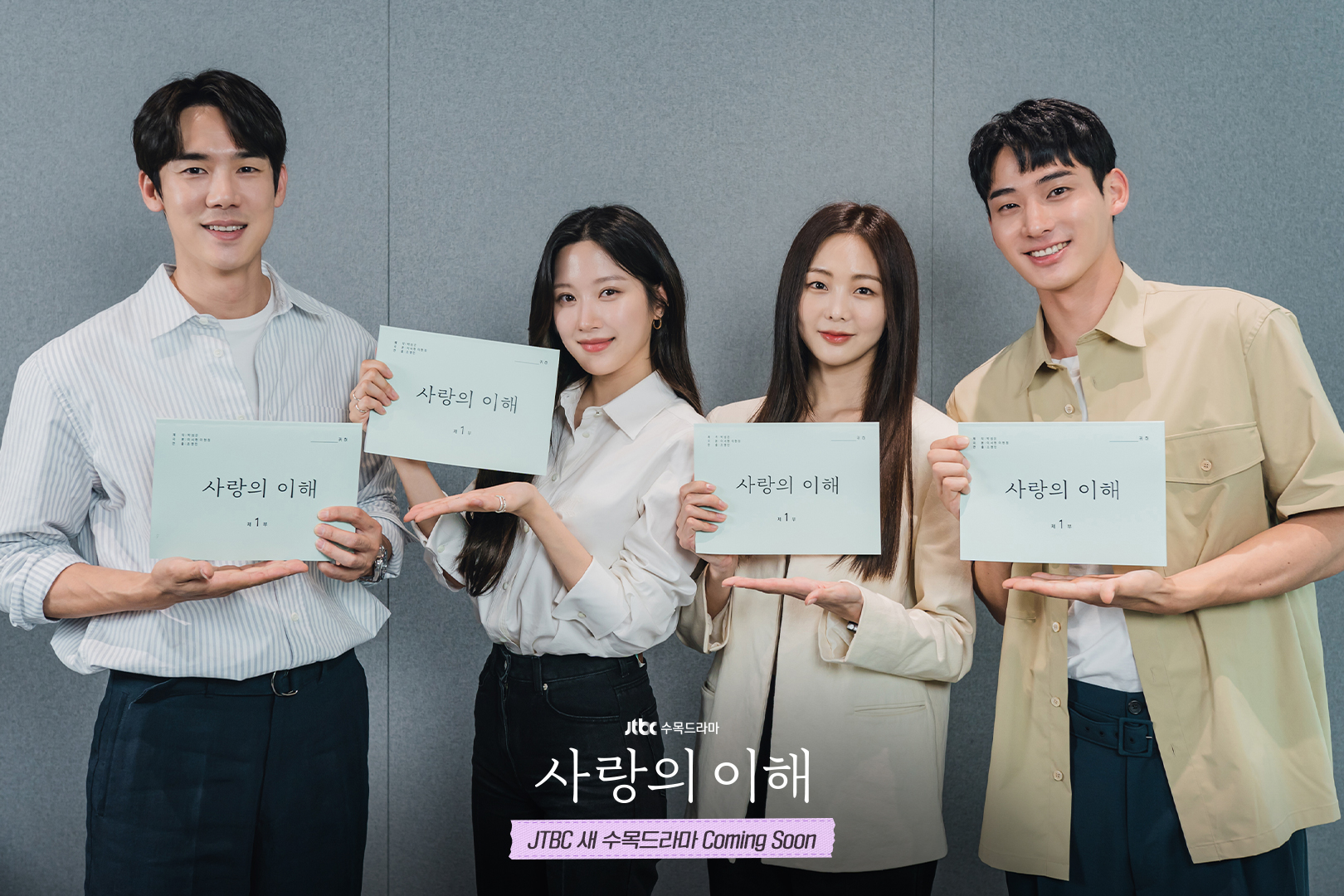 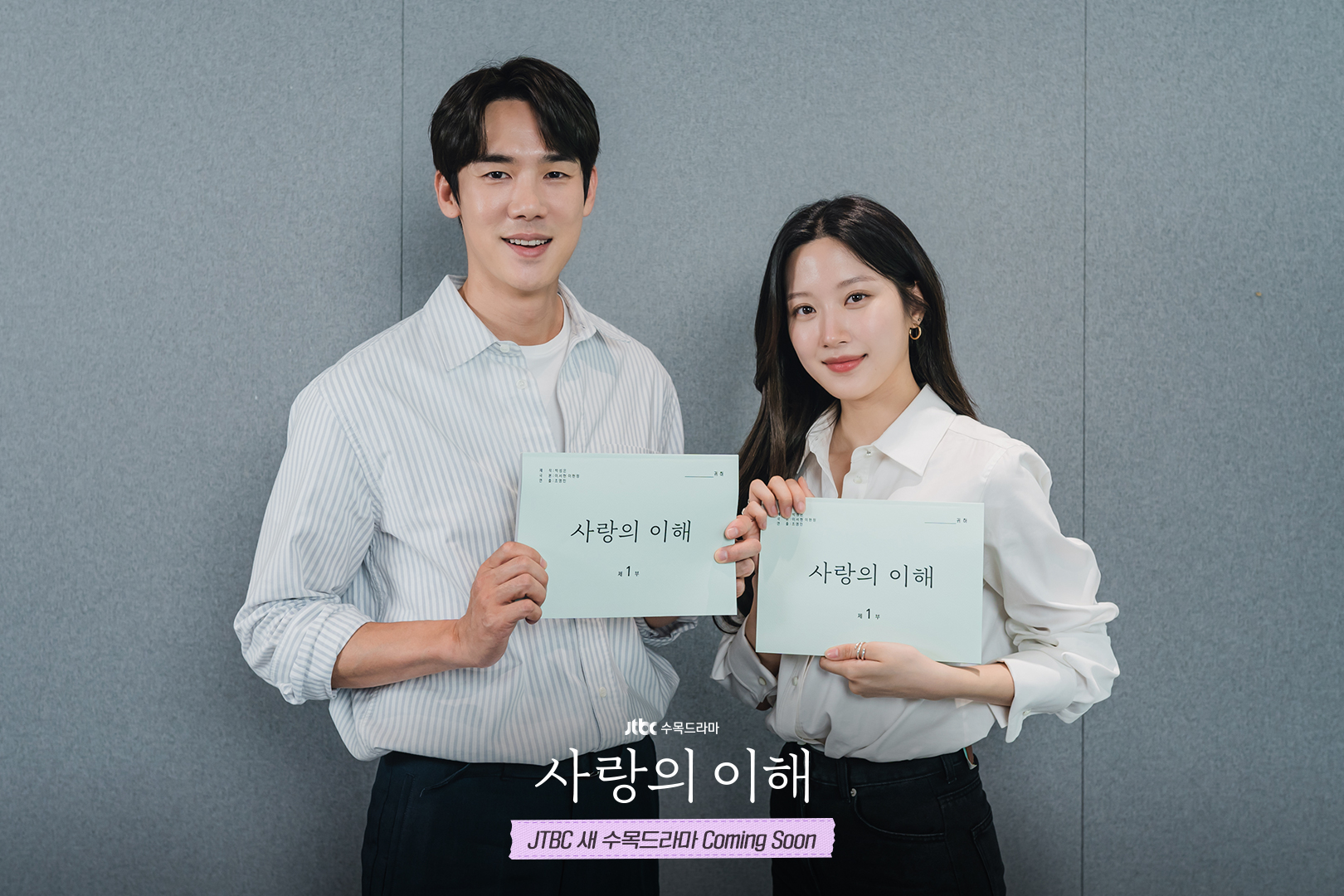 These four actors were joined at the drama’s first script reading by the supporting cast, director Jo Young Min, and writers Lee Seo Hyun and Lee Hyun Jung. Ahead of the reading, the director commented, “I feel excited that I get to start [working] with such great actors. I will work to safely create a good drama.”

Yoo Yeon Seok stars as Ha Sang Soo, a man who desires a normal lifestyle more than anything. He believes that a stable and uneventful life is the key to happiness, but his life is shaken up completely when love comes in the picture. Throughout the reading, the actor portrayed Ha Sang Soo’s romantic charms that bloom even while he busily works at the chaotic bank.

Moon Ga Young plays Ahn Soo Young, who has maintained a busy lifestyle to protect herself after growing up in a difficult environment. She sees love as a sand castle on the beach, that can fall apart at any moment, but finds herself falling for a man who suddenly appears in her life. With her calm and collected voice, Moon Ga Young was able to perfectly capture Ahn Soo Young’s complicated mindset. 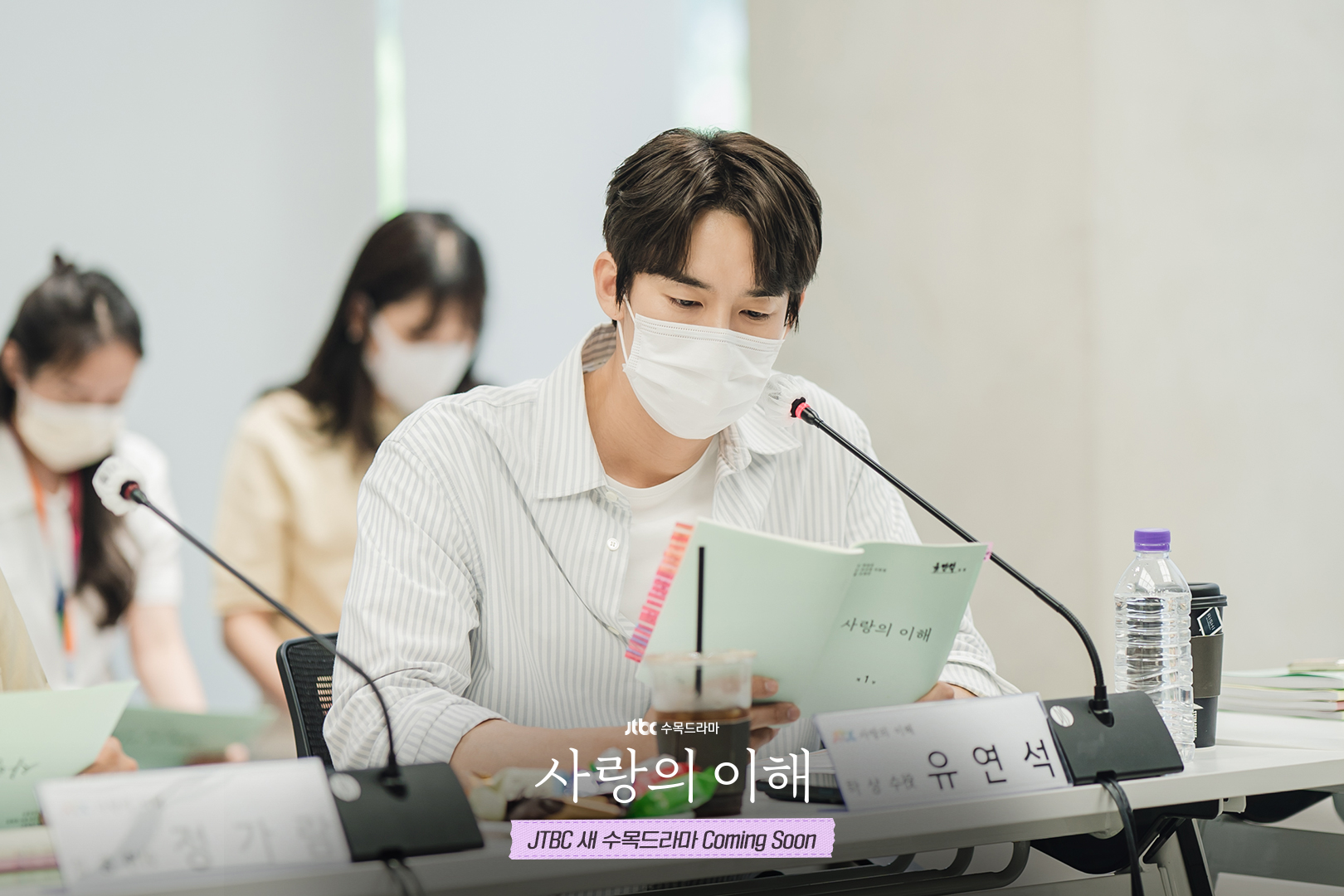 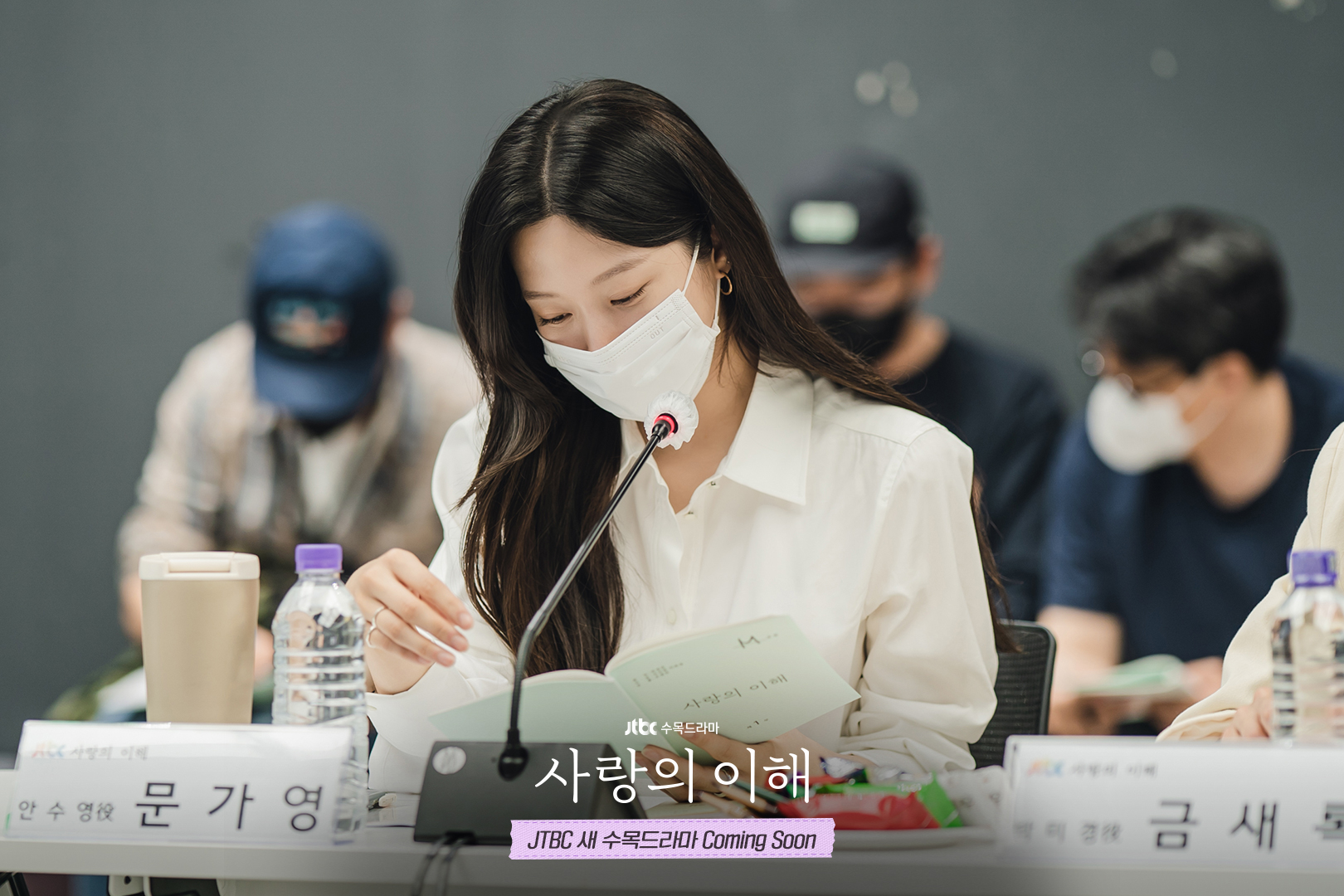 As the bright and energetic Park Mi Kyung, Geum Sae Rok showcased her bold and refreshing tendency of being straightforward. Once Park Mi Kyung sets her eyes on someone, she gives her all to make that relationship happen. However, there is one relationship that just does not go as she hopes.

Jung Ga Ram takes on the role of the sweet, innocent, and passionate Jung Jong Hyun, who despite growing up in a tough environment, does not give up on his dreams. He is a diligent character who is studying to become a police officer, always does his best, and wants to become someone good enough for the person he loves. 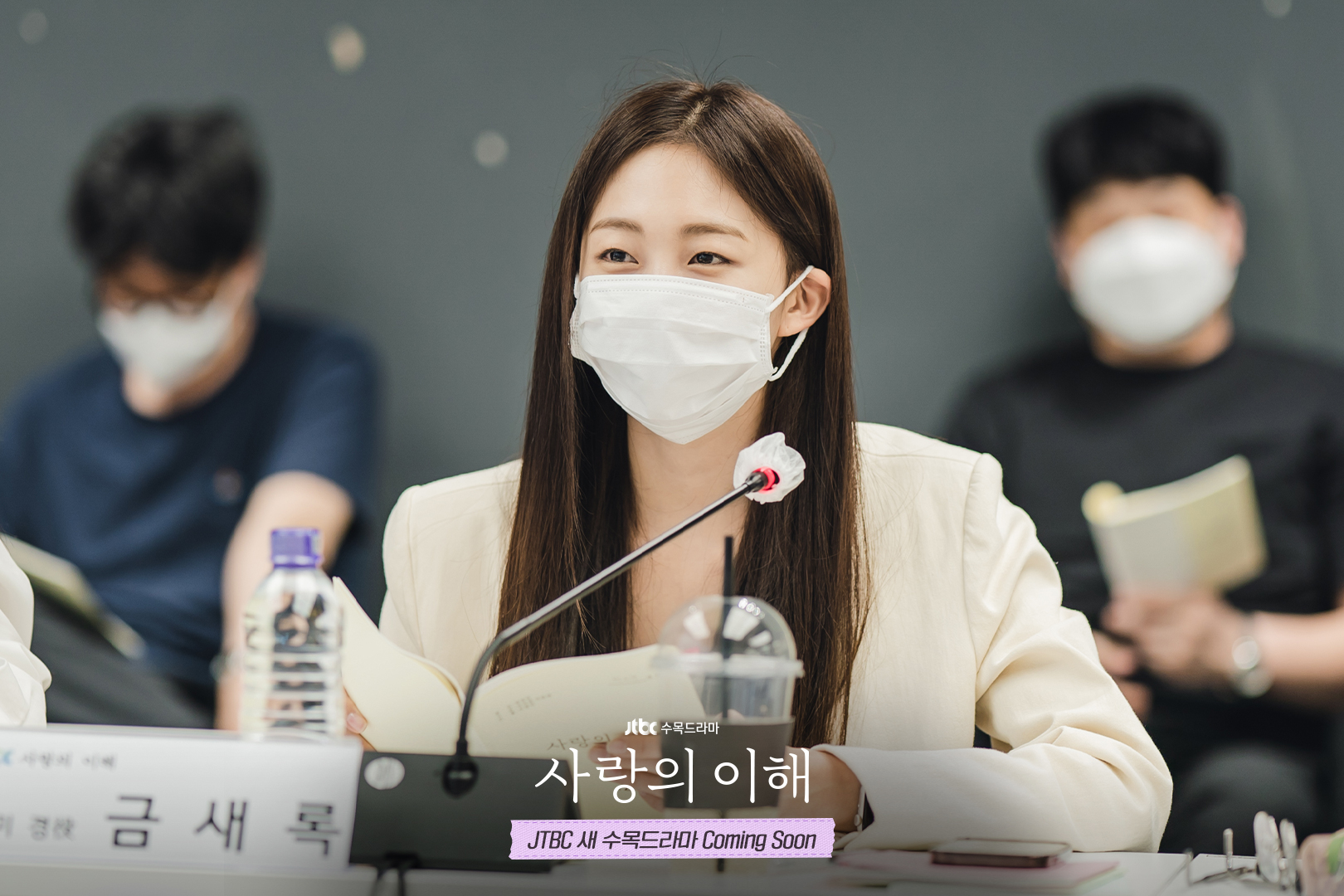 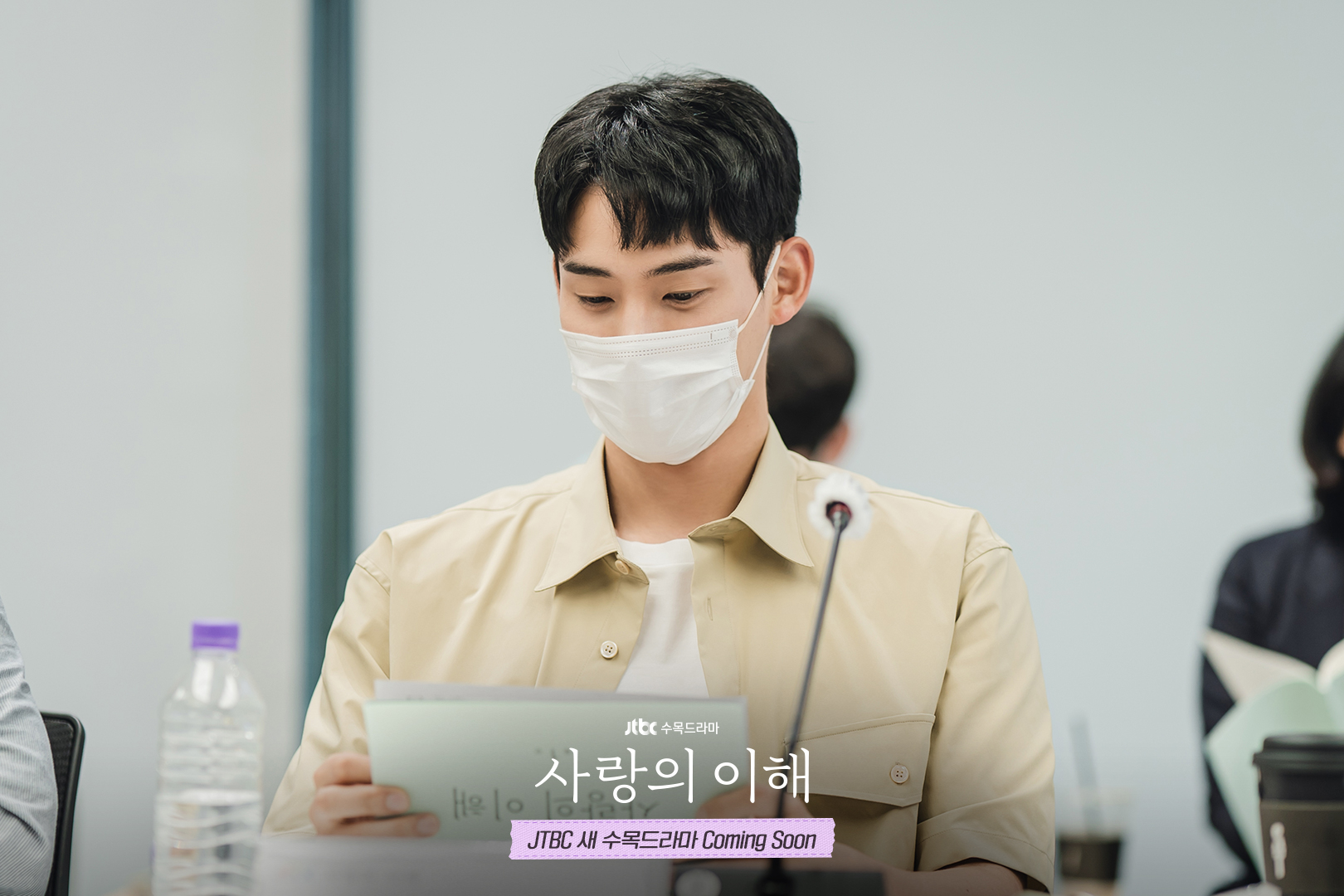 “Understanding of Love” is set to premiere later this year via JTBC.

In the meantime, watch Yoo Yeon Seok in “Reply 1994” with subtitles here!